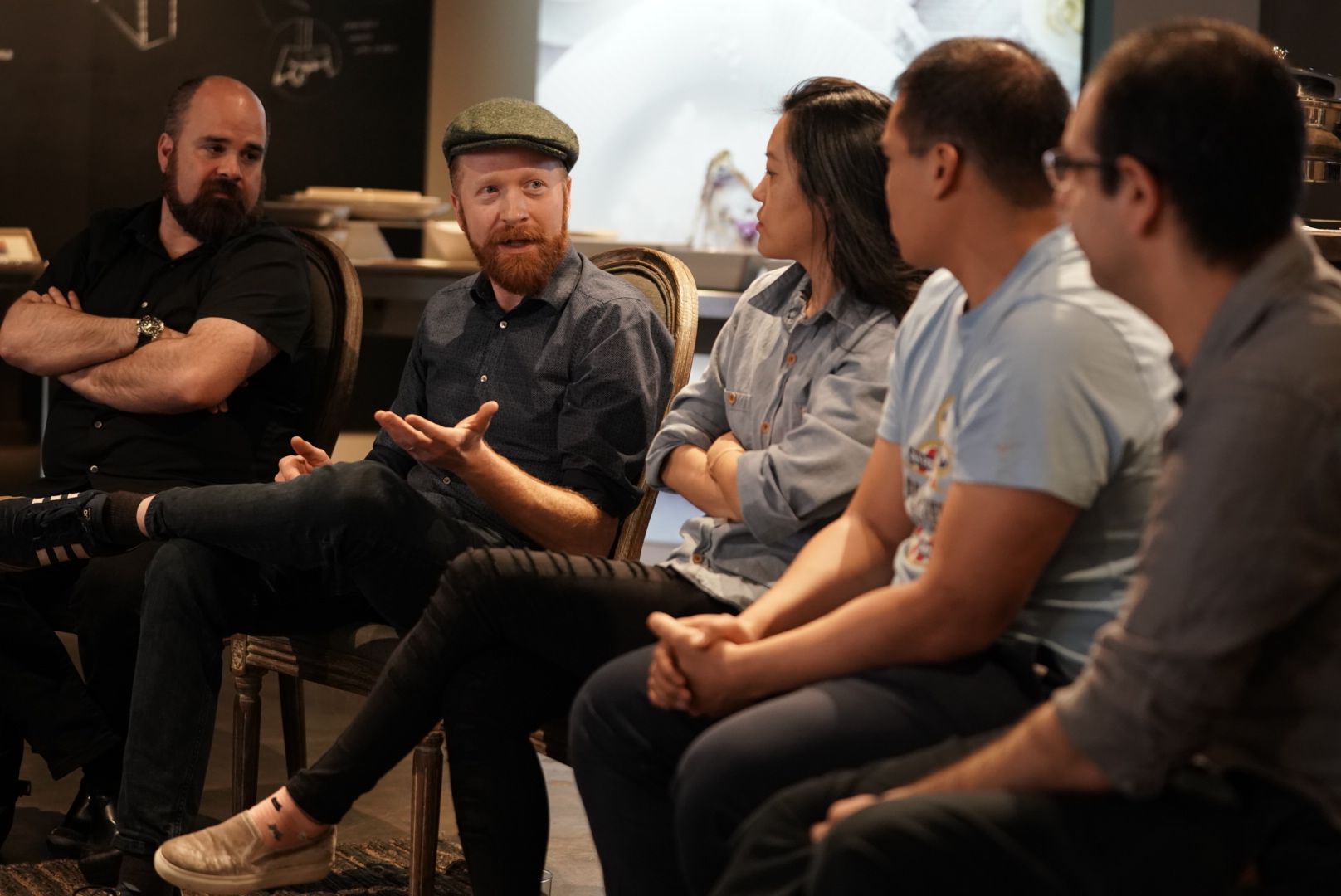 4 Unusual Ingredients to Add to Your Flavor Repertoire

The discussion resulted in the exploration of exotic ingredients that the Atlanta Rising Stars are experimenting with in the kitchen. Whether you’re seeking inspiration for new menu items or want to experiment with interesting flavors that will attract millennial consumers, these 4 ingredients are sure to do the trick.

Grown in the Mexican states of Coahuila, Durango, San Luis Potosi, Guerrero, and Jalisco, Cascabel Chili Peppers gives a mild to moderate heat level. With an earthy, yet nutty flavor, these plump and round chilies are a perfect addition to sauces, relishes, and salsas. The name Cascabel refers to its dried form, but unlike other chilies, it shares the same name in its fresh state. Cascabel means little bell or rattle in Spanish, which is why you’ll notice the sound of loose seeds inside rattling when shaken. Dried Cascabels are rich in iron, magnesium, and vitamins A, B, and C. To add a complex layer of heat, add powdered Cascabel to stews and soups. During the round-table discussion, Chef Tod Ginsberg, expressed great excitement in using this variety of pepper in a developing BBQ restaurant concept. His ideas on using the peppers included adding to smoked meat as well as incorporating its flavors into his handcrafted barbecue sauces.

Sumac
Sumac comes from the berries of a wild shrub grown in East Asia, Africa, and North America. This fruit, when dried and powdered is used as a spice in Middle Eastern and South Asian cuisine. The flavor notes of sumac are tangy and lemony, and serves as a nice substitute for lemon juice when macerated with hot water. It can be also be used in marinades and dry rubs. Sumac is great for seasoning grilled lamb, chicken, and fish. Unlike most spices, the more heat applied to it, the less flavor you get. Add sumac towards the end of a recipe to insure you get the most flavor. Executive Chef Jonathan Kallin, suggest using sumac in a vinaigrette to brighten up a dish.

Atlanta Pastry Chef Jennifer Yee, often uses a variety of fruit and vegetable leaves to add interesting flavors to her desserts. She also uses fig leaves to add a coconut like flavors, while infusing orange and peach leaves with oil. Peach leaves can also be steeped with cream to add an almond extract like flavor to ice cream. Other methods of use include; drying, crystallizing, and grinding. Although kaffir lime leaves are a key ingredient in Southeast Asian cuisine, Atlanta bartender, Evan Millman, enjoys using dried and ground kaffir lime leaves as an addition to a salted rim.

Another interesting flavor addition that may have never crossed your mind is insects. Entomophagy, the consumption of insects as food, has been a practice for billions of people worldwide. Insects, in fact, are packed with essential minerals, fibers, proteins, and fats. There are more than 1,900 edible insect species to experiment with, each one lending a different flavor profile. Atlanta Chef Parnass Savang, likes to add ants and grasshoppers to salads to add crunch and acidity. 100 grams of ants will give you 14 grams of protein and account for less than 100 calories. Try baking cookies with cricket flour or using mealworms, which provides just as much protein as fish, in a smoothie. The possibilities are indeed endless.

Beyond the Plate Good Libations Sweet Talk
❤13
back