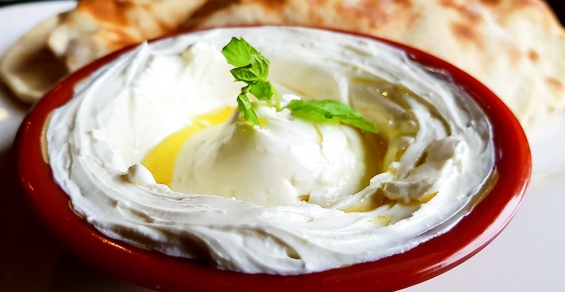 Labneh is a creamy, soft cheese made from strained yogurt. Occasionally known as yogurt cheese in the United States, it is a quintessential ingredient in the Eastern Mediterranean. Labneh is made by taking yogurt and straining it well past the point of thickened Greek yogurt until it achieves a similar consistency to cream cheese though it can go even further than that. [more...]