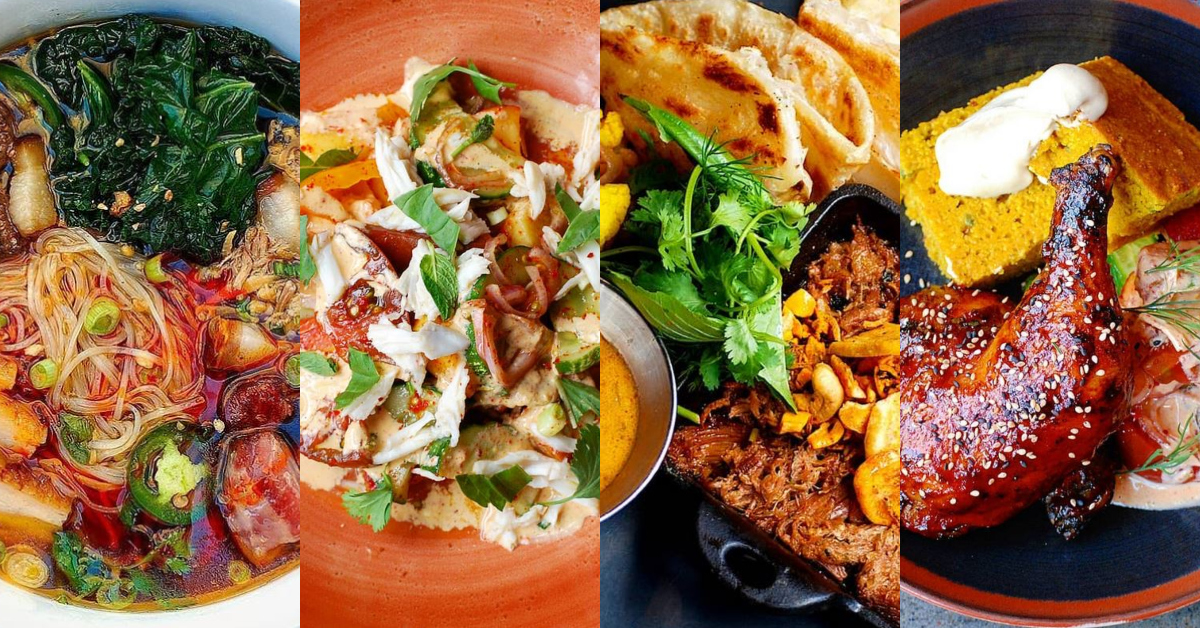 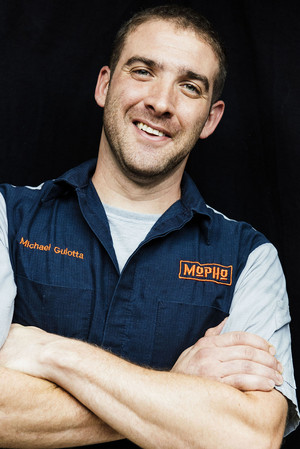 An Interview with Chef Michael Gulotta

With the advent of the Southern Revival movement, “Southern food” is impossible to define or designate as any one flavor or type of dish anymore, with influences and tastes changing from region to region, state to state, or even city to city. In the Mississippi Delta, you find Latin American influence with hyper-local “Delta tamales” as well as flavors brought in by Central American, Mexican, and Chinese immigrant farmers.

Moving up north, with cooler temperatures in places like Tennessee and Virginia, you find more cured meats like hams and prosciutto, while in the hotter, deeper south of Louisiana and Texas, meats like andouille and sausages are smoked more often than cured for preservation. One city, especially, stands out as a cultural melting pot of international influences and unique flavor combinations found in a specific region in the South renowned for its food scene, if not completely understood by outsiders: New Orleans.

Stay tuned for the next interview in our Southern Revival Series, CLICK HERE!

“People ask me about Southern cuisine but mine is very specific to New Orleans. They are confused between Cajun and Creole – Cajun cuisine is not New Orleans cuisine,” said Chef Michael Gulotta, owner of MOPHO in New Orleans, Louisiana. “I grew up with dishes like grillades and grits, which are not known outside of New Orleans.” 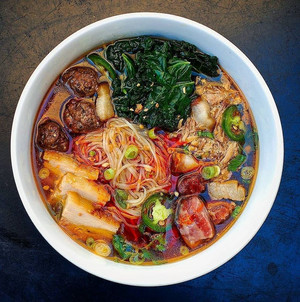 When talking about New Orleans’ cuisine, the French influence is often the most commonly known, with dark roux making dishes rich, comfortingly heavy and filled with the distinct flavors of caramelized onions, peppers, and garlic. Less talked about, however, is how the presence of the Vietnamese community has greatly influenced New Orleans’ cuisine, breaking up the heavy roux with lighter, sharper flavors that lend a fresher taste to dishes. “By the time I was growing up, the Vietnamese community was already entrenched and opening pho restaurants on the outskirts of the city. I would eat pho and spring rolls and grilled meats as comfort food,” said Chef Gulotta.

“I was working in a fine dining restaurant cooking ultra-high-end Creole-style cuisine and found myself using more ingredients like ginger, lemon grass, galangal, and lime leaves to lighten it up because the New Orleans cuisine can be very heavy. It was curious to me because we are almost the same climate as Vietnam – we are subtropical and they are tropical – and we were both French colonies, yet our cuisine is very heavy and the Vietnamese cuisine is very light. So, I thought I would love to mix the two together.” Enticed by these flavor combinations, Chef Gulotta, with his business partner, went on to open MOPHO – a Vietnamese/New Orleans fusion restaurant emphasizing the best of both worlds, lightening one and enriching the other, while bringing them together to add to the swirling hybrid of New Orleans cuisine.

“When I make gumbo, after I make the roux and it’s nice and dark and I am adding in all my aromatics, I will add in shrimp paste,” said Chef Gulotta. “I can’t cook without shrimp paste now. I grew up always having dried shrimp but now the Vietnamese have taken over the shrimp industry in south Louisiana, so you get these really beautiful dried shrimp. I think it’s a great way to add flavor. You can toast them and dry them and make a beautiful vinaigrette. Fermented black beans are another ingredient I add to my gumbo to enhance the richness. I also use cassia bark, which is Chinese cinnamon. It doesn’t taste like cinnamon but it adds a different kind of spice to the gumbo.”

Despite New Orleans’ amazingly unique and hyper-local melding of cultural cuisines, there are common flavors and ingredients that bring the city and surrounding regions together under the same “Southern cuisine” roof. “For me, for the New Orleans side of it,” said Chef Gulotta, “there are some currents that run through all of it – smoked meats for instance, like smoked ham hocks, and using them to season greens like collards and mustard greens, which are grown all across the south.” This use of smoke plays a huge part in defining Southern revival cuisine universally across regions. However, smoke is not a one-dimensional flavor and depending on what region is visited, even the specifics of the smoke flavor vary due to chef and/or regional preferences. “We don’t use sweet smoke; it’s mostly pecan or oak,” said Chef Gulotta. “We add it to our foods for a richness and depth of flavor. It doesn’t make it overly smoky, just adds a richness you can’t get any other way. I instinctively add andouille or a smoked ham hock to my dishes to add that richness of flavor.” 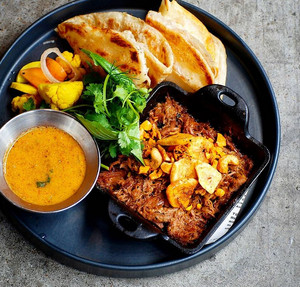 While Southern cuisine can be hyper-local, chefs like Gulotta have left the door open to allow regional-specific dishes to influence their menus with new ideas considered atypical to their area in order to blur lines between regions and enrich Southern cuisine as a whole. “The longer I am in the industry, I realize that there are some parts of southern food I know nothing about,” said Chef Gulotta. “Take white barbeque for instance. I had never heard of that sauce until three years ago, now we make a real good white barbeque that is a staple at Maypop, our second restaurant. It’s one sauce that people should be working with.”

Michael Gulotta got his start working in New Orleans’ famed Creole restaurants as a teenager. In 2014, Gulotta partnered with his brother Jeff and business partner Jeffrey Bybee to open MOPHO, where Louisiana’s pantry melds with the influences of the region’s Southeast Asian community. Gulotta remains deeply connected to his city and home, working with farmers, fishermen, and foragers to create a sustainable restaurant that also bolsters the local economy. The year it opened, MOPHO was named “Restaurant of the Year” by New Orleans Magazine, and was a nominee for Bon Appétit’s “Best New Restaurant.” In 2016, Gulotta earned a StarChefs Rising Stars Award and was named a Food & Wine “Best New Chef."

Hungry for more? Join the In-sight community for our Weekly Newsletter!

What Food and Beverage Brands Can Expect in Healthy January