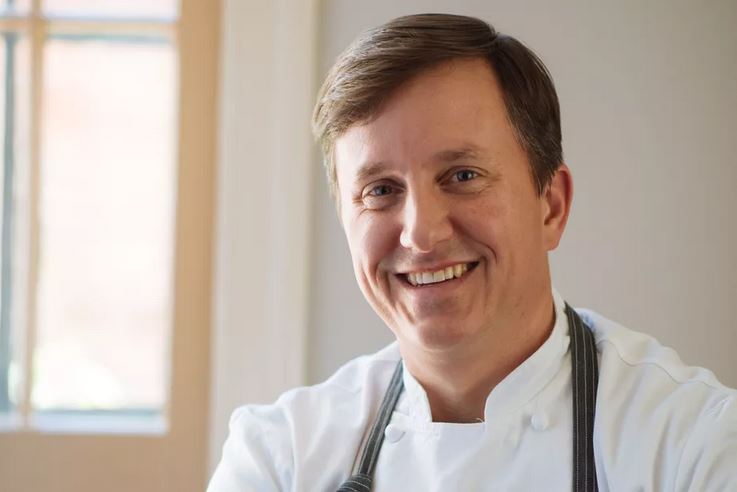 An Interview with Chef Alex Harrell 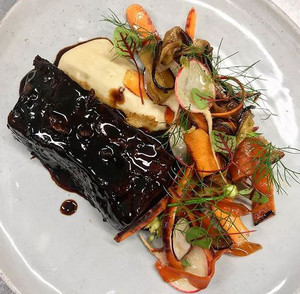 The question “What’s on the menu?” is giving rise to a new answer in the South with the evolution of Southern Revival cuisine. A testament to the history of the South, Southern Revival showcases the food culture that grew with the arrival of numerous ethnic groups, each of which brought new techniques and traditions to the recipes of the Old South. These settlers also brought a variety of new ingredients which formed the backbone of their own traditional recipes.

This co-mingling of cultures and foods resulted in a cuisine which is almost micro-regional – evidenced by the myriad variations of a single dish that can be seen within the same state or even the same county. Today’s chefs are taking pride in the foods of their birthplace and the traditions of their youth. According to Chef Alex Harrell of The Elysian Bar in New Orleans, “I asked myself – what are the foods that strike a memory? Other chefs too are saying ‘This is where I’m from and I want you to experience the food that I grew up with’.”

To understand the revival, one would have to begin with the basis of Southern cooking. The South, being a largely agricultural area, naturally gave birth to a diet that was vegetable and grain based according to season. Salt-cured and smoked meats were originally used mainly as flavoring because they were expensive. Summer meals included corn, zucchini, tomatoes, eggplant, cucumbers, and peppers. In winter, these gave way to root vegetables such as carrots, potatoes, sweet potatoes, beets, turnips and greens. Corn was used year-round as grits, corn meal and corn flour. Summer vegetables were preserved for the winter with salt, vinegar and smoke. 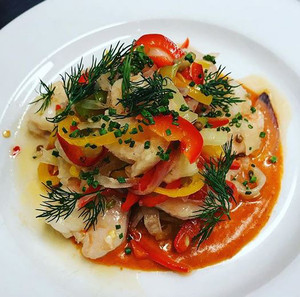 The real basis of this Southern Revival and the fascinating part of Southern Cuisine is in the seasonings and flavors of the various dishes. These vary from state to state and region to region according to the different nationalities that have settled there. According to Chef Harrell, Mediterranean flavors like oregano and fennel are common in Birmingham because of the city’s large Greek population. Around Mobile, there is more of a Gulf influence, featuring seafood such as shrimp and crab with bolder flavors like paprika, chili powder, lemon and a higher heat component with cayenne or hot sauce. New Orleans cuisine calls for more Spanish, French and Caribbean flavorings in its dishes, as well as West African Creole food traditions.”

A prime example of this melding of cultures is seen in Jambalaya, the famous Louisiana dish. It has its origins in a number of traditional specialties, including the rice-based Spanish dish, Paella. An offshoot of Jambalaya is Gumbo, the West African/Creole influenced dish that is made with similar sausages, meats, and other ingredients. One differentiator between the two is that Gumbo contains okra, which is a vegetable indigenous not to the South but to West Africa.

Of course, no discussion of Southern Revival cooking would be complete without exploring barbeque. It’s not only the seasonings that are different from one region’s style of barbecue to another, but also the meats, sauces, and the woods used in cooking. Texas barbecues are typically all beef, with the meat smoked over post oak and mesquite. In North Alabama, you see more chicken being smoked over pecan and hickory. Southern Alabama enjoys sliced smoked pork shoulder over pecan wood. Each region also has its own preferences for sauces that can be mustard style, vinegar-based, tomato-based or even featuring Japanese influences such as teriyaki. 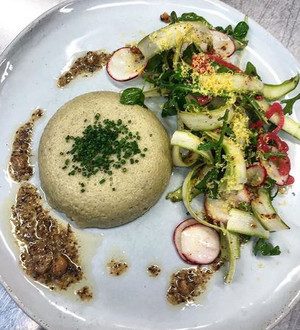 Other Mediterranean influences can be seen in Southern versions of traditional Italian dishes, with creations like Collard Green Gnocchi and Smoked Ham Hock Ragu paying tribute to a chef’s Sicilian background. Latin-American crop workers have incorporated their backgrounds into Southern dishes to come up with regional specialties, such as Mississippi Delta-style tamales.

Southern Revival is raising the cuisine of the old South to a new level of excitement and enjoyment for both chefs and their customers. As Chef Harrell stated, “The truth is, these days there really is no way to generalize Southern food. So many different cultures and traditions come in to play. People are more adventurous, getting more excited and more willing to try things just because they are new. From a food revival standpoint, there will always be trends that come and go but people are really focused on authenticity now and that’s no longer a trend. It’s honest and pure and represents the area you grew up in and take pride in. It’s a very interesting and exciting time to be a food professional.”

Chef Alex Harrell was born and raised in Southeastern Alabama. He credits his regional style to his experiences at his grandparents’ farm on the Gold Coast where he picked berries and figs, dug potatoes and spent time cooking with his father. After earning a degree in Biology, Chef Harrell returned to the career that he found more satisfying, and by 1998 he was working as a pastry cook at Bayona with chef/owner Susan Spicer. From there he moved on as sous chef for Gerard Maras at Ralph’s on the Park and Table One. In 2010 Chef Harrell became Head Chef at Sylvain in the French Quarter of New Orleans, and then opened his own restaurant, Angeline, which he named for his mother. After the closing of Angeline in June 2018, Harrell opened and is now the Executive Chef at Elysian Bar in New Orleans. Chef Harrell is the 2016 StarChefs Rising Stars Award Winner and the Thrilllist New Orleans Chef of the Year for 2016.

[Round of 32] Flavor Madness 2021: Hard Seltzers vs Canned Cocktails