On June 30th, I attended the 60th Fancy Food Show at Javits Center in New York City.  The three day event featured over 2,400 exhibitors and over 180,000 products. The products ranged from cheese to confections and coffee to snacks from 80 different countries around the world.

This being my first time attending the show, I was in awe of sheer size and magnitude of the event. This year the show was split into different sections. The upper level of the main area featured established exhibitors and multiple countries from around the world, including Mexico, where our friend and partner, Junior Merino (The Liquid Chef, Inc.) served up his signature cocktails featuring Symrise flavors. The lower level of the main area was mostly dedicated to the United States and was partly divided into different states and regions. Finally, the Northern area of the Javits center was home to the “What’s new, What’s hot!” showcase.

After an entire day at the show I realized three things. First, that I still needed the other two days of the show to really see everything it had to offer. Second, that I could not possibly eat or drink anything more for the foreseeable future and finally, that there were a lot of interesting trends happening within the show.

Overall, the show the show delivered a nice balance of new and creative products with a mix of older trends with new twists. Many of the aging trends still lingered, including the use of super foods and super fruit in everything (think pomegranate, acai, kale and chia) but there were many interesting new products and trends as well.

Here are my top trends from the 2014 Summer Fancy Food Show:

1. Snacks in new ways – Every traditional snack that you can think of (potato chips, cookies, etc.), seemed to have a newer and healthier competitor at this year’s show. Most of the chips at the show weren’t made from potatoes. They were made from beans, lentils, pasta, kale, rice, falafel, seaweed, pumpkin, or coconut, just to name a few. There was hummus made from carrots and beets instead of chick peas, and bacon in the form of a spread to upgrade your crackers or sandwich. Popcorn was on a new level, featuring interesting flavors like fudge, Thai coconut curry, sriracha, cranberry, almonds, salted caramel, and even crab seasoning along with clean and sophisticated packaging.

2. Fun, upscale desserts – The desserts featured at the show were all about being upscale, yet fun. There was wine ice cream in flavors like cherry merlot, chocolate cabernet, and peach white zinfandel. Chocolate was not featured in bars so much, but rather as “bark” or brilliantly mixed with bourbon as a topping on peanut brittle. Also on display were pie pops which brought rich, delicious pie concepts to life on a stick. Some of the flavors included key lime, banana cream, and caramel apple crumble.  Also of note was the abundance of gelato and sorbetto. There was every type imaginable from agave nectar-sweetened to organic in all kinds of interesting flavors like strawberry balsamic, peanut butter stracciatella, cool limone, peanut butter pretzel and Vietnamese iced coffee.

4. Grown-up beverages – From carbonated soft drinks, to healthy juices, there was an abundance of drinks targeted at adults. Upstairs I spotted Nostalgia soda and downstairs soda with the tag line “soda for grown-ups” in flavors like dry meyer lemon, dry pomegranate, and cranberry lime. Another interesting find was all-natural soda with interesting flavors like ginger-apricot-allspice and pineapple-coconut-nutmeg. Other grown-up beverages included “drinking vinegar” with flavors like spiced beet and Thai twists, BBQ Bloody Mary mixers, Craft cocktail mixers with lavender bloom and sriracha margarita, waters with only a hint of flavor, and kombucha soda.

5. Bring the heat – There was heat everywhere throughout the show. Snacks, sauces, sides, and even drinks were getting in on the spicy craze. Chili lime and sriracha seemed to be the most popular flavors across many categories at the show. Heat even showed up in confectionery products with craft chocolates in flavors like raisin-Vietnamese-cinnamon-walnut, Chipotle peanut and black pepper walnut. Also of note were spicy tomato herb pasta chips, white cheddar jalapeno popcorn, red habanero mustard, wasabi pretzel balls, roasted raspberry chipotle sauce, pistachio and roasted pepper dip, yuzu citrus red chili sauce, and much more. 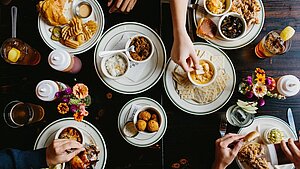 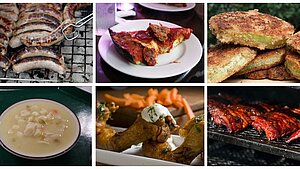 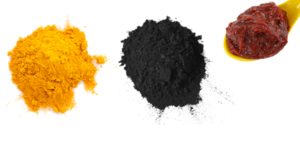 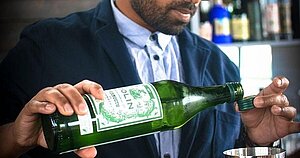 Events Beyond the Plate Sweet Talk Good Libations
❤13
back

Now in its sixth year, Philadelphia’s premier food and beverage event will once…