By Junior Merino, The Liquid Chef

Drinking from the cup of the gods is as simple as finding an agave plant and fermenting the fresh juices that comes from the agave sap or even distilling it. Okay, maybe it isn’t that simple. However, when thinking of the drinks of the gods, one may consider the agave plant as the most obvious, starting of course with the fermented sap juices known as Pulque, a milky beverage with an enticing aroma.

Tequila and Mezcal are one of the most commonly known distillate of agave. However, other distillates include Sotol, Raicilla, and Bacanora. Bacanora, is derived from agave Pacifica also known as agave Angustofolia. The production of Bacanora is only acknowledged in Sonora, named after the town which initially produced it, Bacanora. This agave plant is found in the mountain range of the Sonora. When the plant is about 6-8 years old, it is then handpicked, leaves cut off, and the core of the plant is baked for about two days. After baked, it is then mashed to release its juices. The juices are then fermented anywhere from 6-12 days, depending on the producer. After fermentation, it is then double-distilled in copper pot stills and bottled.

Another agave distillate is sotol. Sotol is a distillate of dasylirion wheeleri, known better as the desert spoon. Though the plant is considered as a relative to the agave family, and not actual agave, it is still classified as an agave spirit. Sotol is made from desert spoon which is found in the region of Chihuahua, Mexico. It is therefore officially produced in the states of Chihuahua, Durango, and Coahuila. It takes anywhere from 12-15 years for the plant to reach maturity.   The production of sotol is more labor intensive when compared to Tequila production, considering that sotol is made primarily of wild plants. It takes 12-15 years for the the dasylirion to reach maturity an the average yield per plant is about one liter. The heart of the dasylirion is then cleansed and roasted. After it is roasted it is then shredded and combined with water to begin the fermentation process. After fermentation, the liquid is known as aguamiel, this is then distilled, not in a pot still like tequila but in a double column copper 2-3 times depending on which product is being made. After it is distilled it can be either aged in French Oak Barrels for several months to a year (reposado), añejo,  aged for at least one year or bottled straight from distillation as plata.

Not only is Jalisco, Mexico home to world famous Tequila, but also is home to Raicilla. Raicilla is made from the distillation of fermented juices of a maguey plant, lechuguilla agave, or agaves raicilleros. After about 8-10 years, the spiny leaves that grow out of the plant are cut off and the heart, referred to as “piña” because of its similarity to a pineapple, is then cooked for 24 hours in a wood fire brick oven. After cooked, they are then chopped and mashed and made into pulp. The pulp is then placed in a wooden vat where it ferments anywhere from 7-9 days with the yeasts the plant natural has or “wild yeast”. Once done, it is then distilled over fire.

Even in today’s world agave is still used to derive not only different spirits of Mexico such as bacanora, raicilla, and sotol,  but also everyday products. 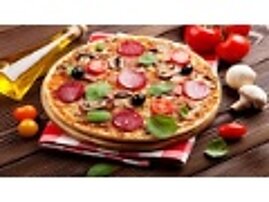 Did you know that agave is a key ingredient in some beauty products such as healing oils, restorative hydrating mask creams, vapor irons, shampoos & conditioners? Probably why the Aztec god of learning, Quetzalcoatl was so stunned by Mayahuel, who would later be known as the goddess of the Maguey plant (agave) and fertility.

Agave serves more purposes than just what meets the eye. Perhaps in your home, you shelter the magnificence of this plant. You may if you have agave nectar (sweetener), kitchen exfoliator scrubber, pancake syrup, honey, eyeliner, belts, shoestrings, ropes, and even mattresses and carpets that use the distinct strong fibers of agave. The extensive uses of agave can range from the more practical items to it’s more common use in cocktails.

Beyond the Plate Good Libations Sweet Talk
❤1
back