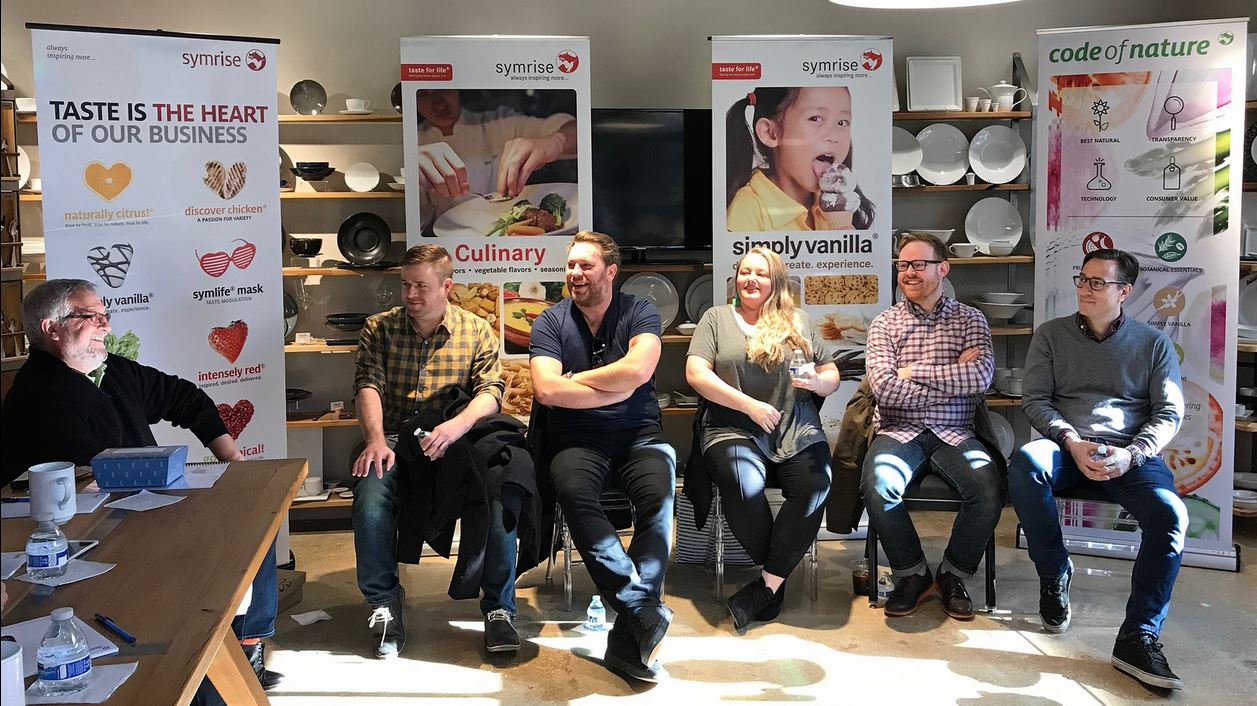 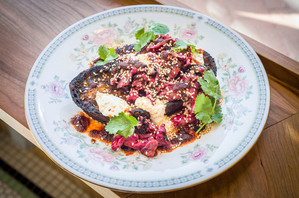 “We’re cresting the wave at this point right now” says Brad Deboy, executive chef of bakery-cum-restaurant Ellē in Northwest Washington, D.C. The wave he’s talking about fermentation -- the art and science of aging organic matter to yield bold flavors and nutritional benefits. But just after he suggests that this white-hot trend may be on its way out, Brad ticks off the many reasons that fermentation may be here to stay: “there are physical benefits, fewer cases of depression and anxiety… fermentation is a way to be healthier and an amazing way to transform flavor.”

Sitting on a Symrise-sponsored panel last December with four other D.C. area Rising Star StarChefs, Brad Deboy led the charge in a lively discussion of fermentation. He began by describing how fermentation saved the day while Ellē’s staff was scrambling to devise an opening day menu after some logistical delays. Stocked with a bounty of root vegetables in late winter -- “the time of year when vegetables have the most nutrients, sugar, starches and carbohydrates” -- Deboy and team not only transformed the fibrous plants into punchy condiments like kimchi and miso but also devised entire entrees. One of Ellē’s pilot dishes was a vegan spin on steak and eggs, made by brining and braising thickly-sliced beets and topping them off with a fermented bearnaise-like sauce -- says Deboy, “we realized if you take equal parts tofu and rice and ferment them in a brine, you can get a nice awesome sour substrate for bearnaise … take that and puree it and it looks almost like Duke’s mayonnaise and will emulsify fat molecules in the same way that eggs will thanks to the protein in the tofu and glucose in the rice.”

Besides the creation of versatile pantry elements like hot sauce and a nutty soy sauce made from used coffee grounds (which he says tastes great on mushroom and legumes), Deboy also sees fermentation as a transformative tool for the American palate. He speaks passionately about using miso and other acidic, enzyme-rich ingredients as sources of umami that can be healthy alternatives to processed meat: “going into rural areas and saying, look, you can do this instead of going to [a fast food joint] around the corner -- that’s the gap we need to bridge to improve health in the country.”

More From This Series: DC's Vibrant Food Scene and The Chefs Behind It 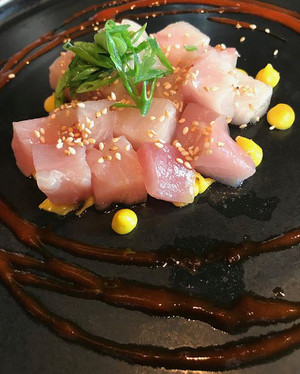 Like Brad Deboy, Drew Adams looks to fermentation as a handy way to preserve and even improve the Chesapeake Bay area’s plentiful local ingredients. Adams, who is Executive Chef of Bourbon Steak at The Four Seasons in Georgetown, avails himself of seasonal harvests like ramps and knotweed; the latter, a citrusy, asparagus-like plant, makes especially good pickles. And although Adams praises the ability of fermentation “to mimic a protein and get the same texture and bite and flavor,” he cautions any aspiring fermenters that the method “does take some knowledge, so make sure that you are well read on it because you can get sick from it.”

Opie Crooks heads up A Rake’s Progress at the boutique LINE Hotel in Adams Morgan and also makes heavy use of fermentation. Crooks, whose menu is entirely limited to fresh, local ingredients, says “we don’t use any sort of citrus or acidifier, so fermentation has always played a big part in our pantry -- but it’s more drying things.” The kitchen at A Rake’s Progress subtly integrates powders made from things like fish peppers -- which are fermented, then dried, and then “ground into a spice that’s in almost every single dish we serve” -- as a way to balance out the profile of rich, meaty entrees like rabbit and porterhouse. Opie, who has a background in Asian cuisine, has also been glad to see miso emerge as a mainstream ingredient in American kitchens in the last decade.

Obviously, fermentation is at the core of the spirits industry -- but bartending mastermind Derek Brown looks beyond the basic process by which grains and fruits transform into booze. Brown, whose cocktail bars Columbia Room and The Passenger have been D.C. mainstays since 2009, sees fermentation as a way to impart flavor into drinks rather than simply as a means to intoxication. This tactic comes in handy when Brown is creating the low-alcohol “session cocktails” that make up Columbia Room’s three-to-four-drink tasting menus; “we might use something like kombucha to mimic some of the more tertiary flavors that you get from fruits and vegetables and grains and such in drinks,” he says. 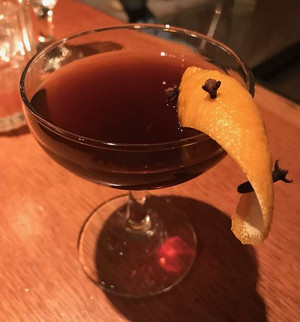 With some inspiration from Homer, Derek Brown has also stumbled across a surprising fermented flavor affinity. “There was a drink mentioned in The Iliad that involved cheese and I remember reading it that and thinking ‘that’s terrible’ … however, in the last year at Columbia Room we’ve made several cocktails that have some element of cheese in them.” One such creation is a blend of cognac with a tincture made from Époisses, the soft cow's’ milk cheese whose long fermentation time gives it an extreme pungency that Brown describes as “gross and alluring at the same time … you kind of can’t stop smelling it.”

Funky, fermented flavors even command top billing when these chefs are out of the kitchen and snacking on their own time. They sing the praises of Asia’s weird, acidic potato chip flavors -- century eggs, stinky tofu, gochujang, kefir lime, fish sauce -- and dream of running across these offerings on American snack shelves.

Towards the end of the panel, Brad Deboy reflects and affirms his commitment to fermented flavors. “I was told my whole career don’t let things rot and don’t burn them, but that’s pretty much all I do now.”

To stay tuned for more articles in this series, CLICK HERE!