Chef Naomi Pomeroy of Beast in Portland, OR changes her market-forward menu every two weeks, using her mid-meal meat course as a starting point for a story that could go Alsatian or classic French, depending on her mood, the weather, or what kind of meal she’s been missing. Chef Fiore Tedesco of Austin’s L’Oca d’Oro’s balances an ever-changing pasta tasting menu with a classic Neapolitan appreciation for humble ingredients.

Mixologist Pam Wiznitzer of New York’s Henry makes sure her creative house cocktails offer “something for everyone,” but also lists ten classics her team handles particularly well, “plus another hundred in our Rolodex and plays on those classics, like the best Midori Sour you’ll find in the city—most people go for the new and innovative,” she notes. Ted Lee writes cookbooks from a southern perspective, and notes that southern cuisine is “only ever on the increase,” and how the crossover of immigrant cuisine from Mexican and Korean chefs continues to influence and move southern cuisine forward. Pastry Chef Erin Kanagy-Loux plays with the borders of pastry construction, pushing savory and salty ingredients onto sweet and infusing fats with floral and fruit flavors so to “turn this box into something that isn’t a box anymore.” 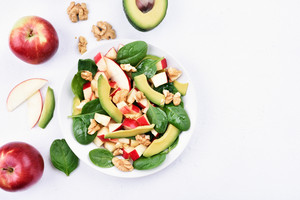 When it comes to inspiring ingredients, Tedesco and Lee are infusing hyper-local produce into spirits, vinegars, and oils. In Austin, Tedesco prizes papalo, an indigenous Mexican herb with clovery green petals reminiscent of “cilantro times a thousand in pungency and aroma” that he finds moves briny or sweet flavors to the top of the palate. Around Charleston, Lee explores local mayhaw berries, loquats, and varieties of bay. Set in neutral spirits, he observes how they develop flavor and color as they age.

“I love food, so I want to figure out how to get more of what I want to eat into pastry,” says Kanagy-Loux of pureeing black olives in pastries and infusing olive oils. Going deeper into the savory side, the chefs predict funky foods will be the next big thing in American flavor.

“I’m talking about the taste of fermentation—if it smells rotten, then it’s delicious,” said Pomeroy. Recalling two-year aged Comte cheese, fish sauce, fermented vinegars, kimchi, and spirits like American-Swedish Malört and Chinese baijiu, Tedesco said “there's still perception around these flavors—like, a weird vinegar that we open our fish sauce near? That’s ugh. But when you have people like us who are so excited about it? That perception will change.” 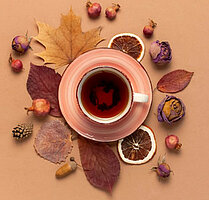 Lee pondered how snack foods like white cheddar popcorn miss in this category: “You eat so much of it because it’s not giving you what you want out of that funky cheese thing.” Pomeroy countered it would if covered in brewer’s yeast or koji. “It’s about created those compounds,” Tedesco doubled down.

When all else fails? “If you're creating anything for two years from now, matcha will still be hot,” Wiznitzer promised. “Just put matcha in it.”

According to our acclaimed panelists, these are the 14 emerging ingredients for you to consider:

Stay ahead of 2019's emerging trends, subscribe to In-Sight!

Beyond the Plate Good Libations Sweet Talk
❤11
back