On Saturday morning Carlos Calderon (MSCI Head - LATAM) my guide in São Paulo took me to the open-air flea market at Praça Benedito Calixto in Pinheiros.  It is, according to Paulistanos, one of the few places where the city loses its formality and, with beer in hand and flip flops on feet, families and couples wander the second-hand stalls of this scavenger’s paradise.

If you are looking for an authentic local scene Tony Bourdain-style, this is it. Nice Brazilian music playing live, pastel and other local snacks along with a cold Brasilian beer. Good stuff.

Pastel is a typical Brazilian street food dish, consisting of half-circle or rectangle-shaped thin crust pies with assorted fillings, which are deep-fried in vegetable oil. The result is a crispy, brownish fried pie. The most common fillings are ground meat, mozzarella, heart of palm, catupiry (local cream cheese), chicken and small shrimp.

A group of ladies with head gear at Postal da Bahia were selling typical food from the Bahia region of Brazil. Most locals were eating  acarajé.  Acarajé is a dish made from peeled black-eyed peas formed into a ball and served split in half and then stuffed with vatapá and caruru – spicy pastes made from shrimp and ground cashews with a salad made out of green and red tomatoes, fried shrimp and homemade hot pepper sauce.

Another dish from Bahia was served at the same stall: Moqueca (pronounced “mo-KEH-kah”), a stew made with fish, onions, garlic, tomatoes, cilantro, and coconut milk.

Most likely in June and later in July the bars around the market are crowed with passionate soccer aficionados watching the games on numerous TV screens.

Everywhere in the city, and from what I learned, even all around Brazil when you’re seeking a little snack, try the cheese buns called “Pão de Queijo”.  I love those.  Strangely they remind me the small French “gougère” from Burgundy (similar to popovers). Basically it is the same process but different flours – tapioca flour for the Brazilian cheese puffs and all-purpose for the French and of course different cheeses – Parmesan type for de Pão de Queijo and Gruyère, Comté or Emmentaler for the Gougère.

Next we will tour the fantastic Mercado Municipal in São Paulo. 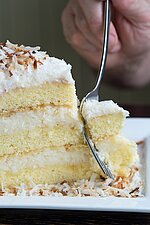