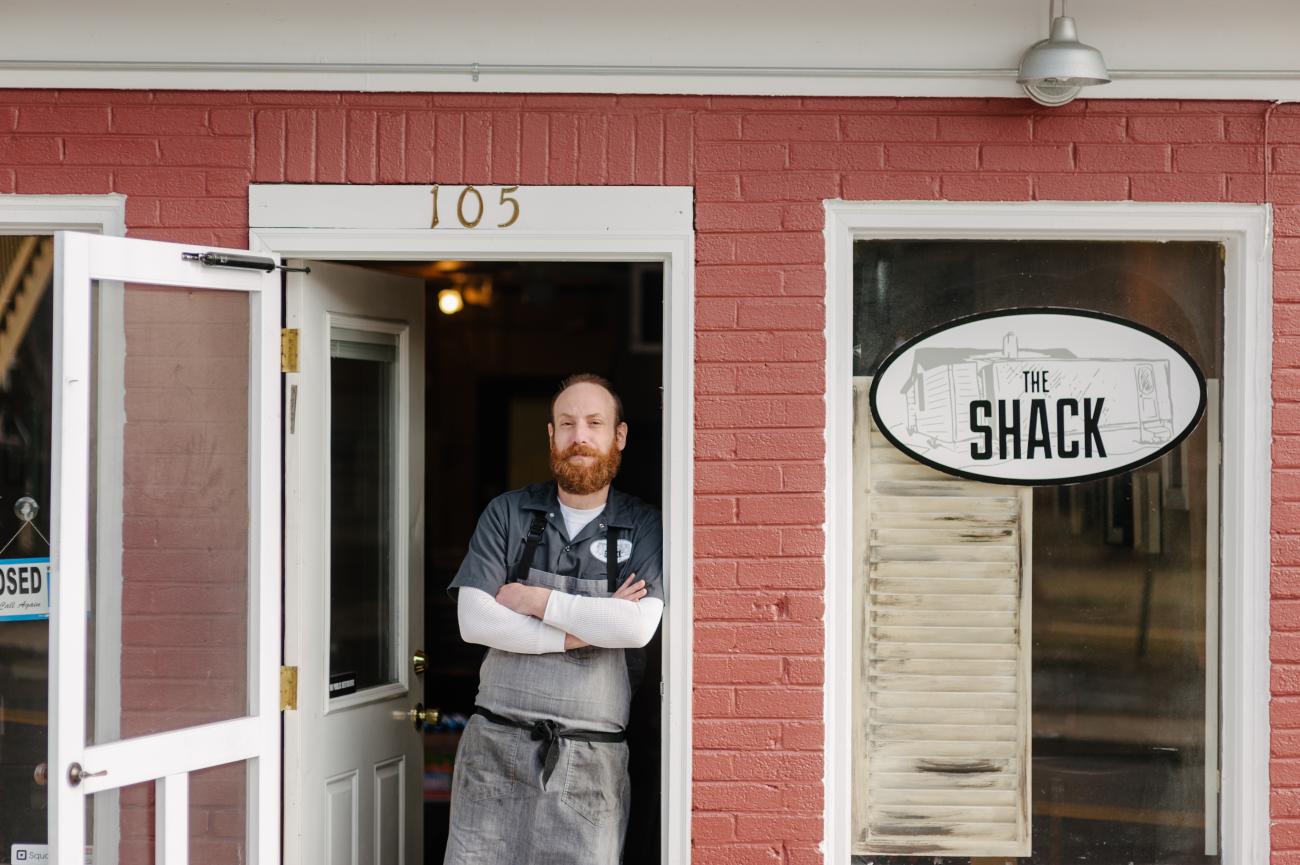 Chef Ian Boden: Southern Cuisine at a Slow Pace in the Shenandoah Valley

An interview with Chef Ian Boden

For years, many people scoffed at the thought that the United States had any regional cuisine of its own besides hot dogs in New York, pizza in Chicago, cheese steak in Philadelphia, and clam chowder in New England. But now with the realization that Southern Cuisine is not just fried chicken, the south is helping to give birth to authentic American Cuisine – and giving it global acceptance as a national cuisine with its own unique regional differences.

In examining Southern Cuisine in the Shenandoah Valley, the primary characteristic is seen as “anything that takes time” in keeping with the generally slower pace of the south. According to Chef Ian Boden, owner of The Shack Restaurant in Staunton, Virginia, this can range from “pulling something from the garden or something from the ground that’s been growing right here, to a pot of beans on the stove that has been going for four hours. We are in the foothills of the Appalachian Mountains and the palate here is based on a lot of preservation and acidity, with the two predominant flavors being black pepper and vinegar.”

As Chef Boden states, “Basically, we do a lot of sausages and 90 percent of the time when we do them, we season them simply with salt and black pepper, a little bit of espelette and sumac. We do it partially because it is historically correct but also because we spend a lot of money on our pork and we want the flavors that are basic to come through. Espelette is a Chili pepper considered to be only mildly hot (approximately 4,000 on the Scoville scale) and has become a cornerstone of Basque cuisine, where it is gradually replacing a lot of black pepper.” 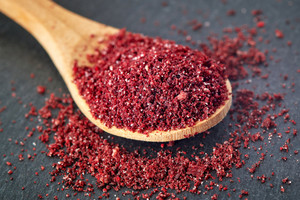 Sumac is a dried and powdered spice which is prevalent in Middle Eastern cuisine, and Chef Boden considers sumac one of his go-to spices. “Sumac is replacing a lot of vinegar for us. It grows wild here all throughout Appalachia. It is super acidic, so we get to acidify things without acidifying them. We get the flavor of the acidic and the fruity-floral from the sumac without any protein denaturing… so you can put 0.5% vinegar into sausage. Anything more than that, you get the protein without the emulsion. We can add as much sumac as we want without getting that consequence. So, we can use our acidity through a different medium.” Chef Boden is also working on two different sauces – a hot sauce and a barbecue sauce, both using sorghum as a main ingredient. “It’s sweet but it’s funky and it’s smoky and acidic – flavors that fit into the dialogue here.” 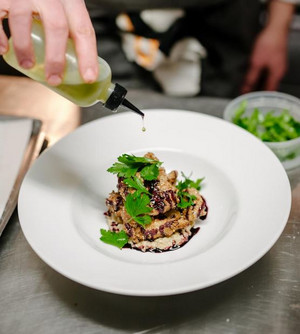 The location of the Shenandoah Valley, and all the commerce, distribution and produce that it offers, makes it an optimal location for the introduction of new ingredients and blended mixed cultures. The Chesapeake Bay is nearby and there is a constant passage of trains with produce. Oysters have become a tradition as have trout coming down from the mountains.

Chef Boden is also working with some new ingredients, not native to the area, but certainly conducive to the flavors. One of these is miso; a Japanese soybean paste. While not a regional food, it does fit into the concept of the cuisine. As Chef Boden explains; “the oldest miso factory in the country is right here in Appalachia. It’s a fermented food that takes a long time to make and it’s salty and funky and it makes sense for the region.” He also uses soy sauce and fish sauce for flavoring traditional southern dishes. “In a country ham and in ham hocks and collard greens, which we cook for an hour or so, we are using more soy sauce and fish sauce to bring the umami up, not so you taste it but that it reinforces umami nature, you know as with the slow cooking of the ham hocks. We even use it in Bolognese sauce to round everything out and bring up the umami.”

For Chef Boden, Southern cuisine is adaptable to melding new ingredients and new cultures. According to his experience, in the North “people have their neighborhood and their food and there’s a little bit of grey area where they meet the next cultural group. In the south we kind of bring everybody into the fold and incorporate what they have to offer. I think that’s really reflected in the food of the South where there is a constant evolution.“ 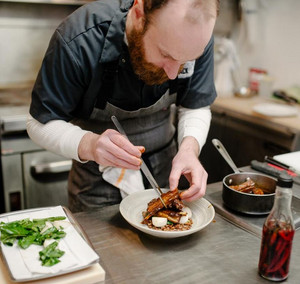 Chef Ian Boden found his calling at the young age of thirteen when he was allowed to observe the kitchen of a French Restaurant that was a favorite of his parents. He began as a chef at The Belfry luxury resort, then became a senior chef at The Vineyard in Berkshire and at The Birmingham Swallow. Chef Boden moved on to owning The Staunton Grocery, then a short-lived partnership at The Glass Haus Kitchen after which he realized that working solo was his best option. He opened The Shack, a twenty-four seat restaurant in Staunton, Virginia which has been dubbed The Incredible Restaurant in the Middle of Nowhere by Esquire magazine. Diners at his restaurant are served food sourced from local farmers paired with novel ingredients such as octopus and rye berries. Chef Boden was named Rising Star Chef 2014.

Images courtesy of The Shack.