Discussing Inspiration and Collaboration at the Symrise StarChefs 2018 ICC Roundtable

Despite their pedigree, the five talents in food and beverage struggled to define the source of their inspiration when questioned at the 2018 StarChefs International Chefs Congress (ICC) panel hosted by Symrise for a small group of clients.

Stay Up To Date On Top Flavor Trends, CLICK HERE!

Chef Naomi Pomeroy of Beast in Portland, OR takes inspiration from many places: fresh produce at the farmer’s market, the brightly colored flowers she sells at her flower shop, or using the main protein served midway through her six-course tasting menu as an anchor for all other dishes, which expand from there like one might push boundaries from a compass point on a map. 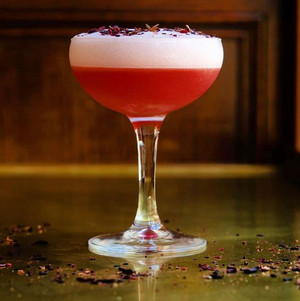 Mixologist Pam Wiznitzer of New York’s Henry spends an hour at the MET museum exploring color combinations she might not have noticed before, then rushes to her bar to layer spirits: maybe infused vodka, then a saffron syrup with pineapple and lemon topped with ruby Campari. Inspiration comes from layering flavors as well. She often searches the Flavor Bible for the oddest intersecting triangle of flavor pairings so to push the palate.

Since childhood, Chef Fiore Tedesco of Austin’s L’Oca d’Oro’s vivid dreams have inspired his decisions big and small: one vivid dream of a memorable meal he experienced in Italy led him to transition his career from music into hospitality. Today, he dreams entire dishes and wakes to go straight to the kitchen. “That’s where I find inspiration, in being present and appreciating everything that’s right in front of me,” he said. Such presence led him to a recent play on cacio y pepe: pecans, sage, and beauty berries don’t make for a natural combination but, having noticed them growing together outside his front door, they melded into one of his most successful pasta dishes to date.

Pastry Chef Erin Kanagy-Loux plays more literally: She finds inspiration in manipulating ingredients within the confines of pastry ratios, like infusing flavor into oils and then swapping them in place of egg yolk, or creaming together black olives for a briny replacement only slightly less sweet than molasses sugar.

And for southern cookbook writer Ted Lee, inspiration often comes from his collection of cookbooks featuring 19th century recipes. Recalling a somewhat repulsive shrimp and deviled egg casserole recipe he transformed into a “southern take on a lobster roll,” Lee recalled the recipe writers before him. “There is a humility that comes with how they came up with that pairing,” he said. “I didn’t do that work. I have to respect that I came to a recipe I love through them.”

Collaboration plays a part, too. For Wiznitzer, no ingredient comes into her bar that is not already being used in Chef JJ Johnson’s kitchen. When Johnson stops using blueberries and switches to concord grapes? So does she. She also noted how Johnson is the first chef who has pulled her into the kitchen for advice on his menu. Pomeroy commented how Johnson is “such a good guy” and speculations were made as to if this speaks to a more open-minded generation of young chefs. “I think with the rise of women, and marginalized groups finally getting press and being talked about, they're very conscious of how they were treated,” Wiznitzer speculated. “How do we change that narrative and how do we engage differently so that chefs respect us, our staff respects us, and we lead in a new way?” 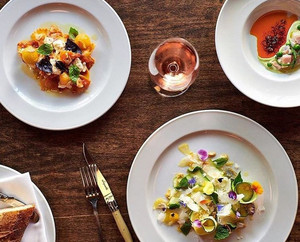 At Beast, Pomeroy’s menu changes every two weeks. And while collaboration with her chef de cuisine is constant, she says the ethos of her restaurants comes with how her entire staff—from manager to dishwasher—sits down to thoroughly taste and discuss every changeover. For Kanagy-Loux, “pastry has been the evil stepchild of the restaurant, and being a woman on top of it compiled that,” she says of lack of collaboration in the past. As chef, she encourages her cooks to bring ideas in from their dining experience or what they see on Instagram, training them for long-term careers.

Tedesco, who co-founded the labor rights organization Good Work Austin and ensures his own staff have a living wage, pointed out that “ethics in hospitality is not sexy—it’s not an Instagrammable message that is going to get liked a lot…These people are talking about examples of the way they are helping the people within their industry— they're helping people within their restaurants or businesses creating more voices for people. And that's really powerful.”

Beyond the Plate Good Libations Sweet Talk
❤7
back