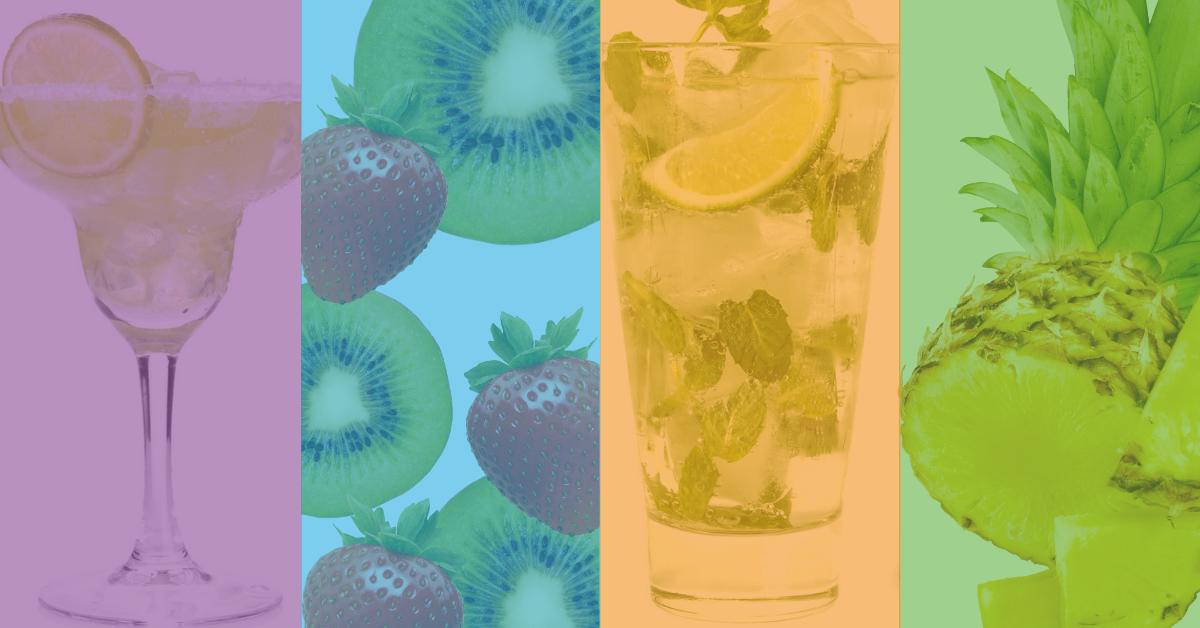 We witness the Sipping 16 play out this weekend and it did not disappoint. After this article we will be down to the final 8 flavors. If you are just joining us, refer to our introductory article for rules and field of flavors. Otherwise let’s continue below to our in-game analysis.

#15 Lemonade vs #3 Raspberry – Many (including us) have found it impressive that #15 Lemonade has made it this far. We saw #4 Lemon make an early exit and to be fair we thought #3 Raspberry the fifth most launched flavor would take out Lemonade but no, #15 Lemonade advances to take on #9 Pineapple in the Elite Eight. Can #15 Lemonade get sweet revenge on the flavor that knocked out their sour counterpart?

#8 Strawberry Kiwi vs #5 Lemon & Lime – The only match up left where two duel flavors face off features one of the top launched flavors with 4% of the entire hard seltzer launches being Lemon & Lime flavored. Despite the huge popularity, the 5,000 consumers we polled decided they wanted something new and sent #8 Strawberry Kiwi onto the next round.

#3 Strawberry vs #7 Raspberry Lime – We have witnessed quite a few upsets in Symrise Flavor Madness 2021 but not in this matchup. #3 Strawberry is here to remind everyone why it’s the sixth most launched flavor, easily defeating #7 Raspberry Lime. Next week’s match up should be interesting; can #8 Strawberry Kiwi take down #3 Strawberry? Are consumers looking for that novel new twist or will an all-time classic reign supreme?

#1 Mojito vs #13 Daiquiri - #1 Mojito flexes its flavor on the rest of the tournament beating out #13 Daiquiri by a popular vote of 71% to 29%. Whatever flavor faces #1 Mojito better be ready because consumers are not quick to let go of the refreshing citrus and herbal notes.

#14 Pina Colada vs #7 Whiskey Sour – By now you’ve noticed the reoccurring theme, citrus flavors, specifically tropical citrus flavors that keep advancing. Well, the story is no different here; #14 Pina Colada continues handing out L’s as it defeats #7 Whiskey Sour. As we covered previously, this isn’t too much of a surprise as it showcases one of our Emotional Discoveries subtend “Bold Excitement” where we see consumers gravitating towards adventurous combinatory flavors. As well #14 Pina Colada follows a recent trend of tropical flavors becoming more prevalent in beverages doubled with the health halo of coconut flavored beverages.

Those are all the games for this week. Click here for the updated Symrise Flavor Madness Bracket.

Subscribe to us on In-Sight to get updates sent directly to your inbox! Come back later this week for the highly anticipated Elite Eight.