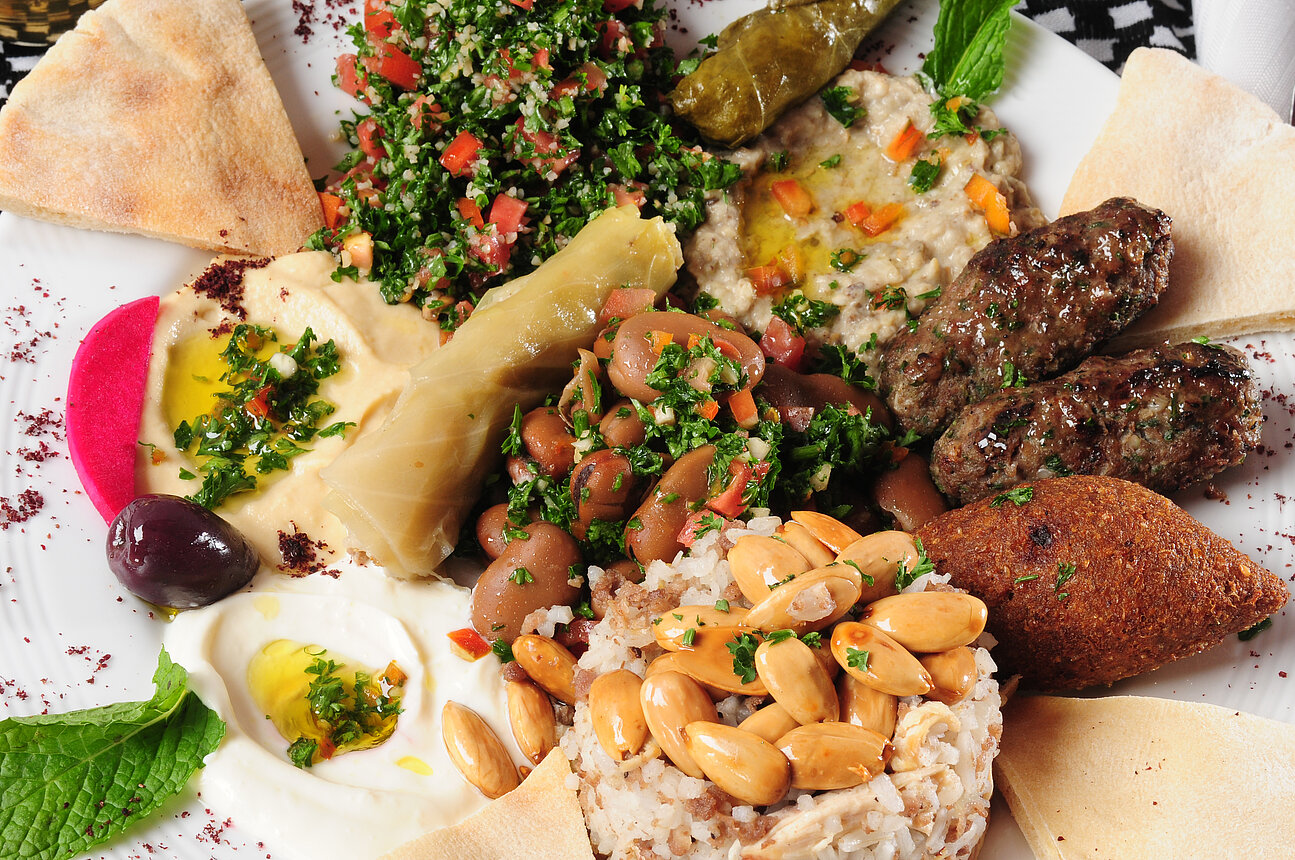 The Expansion of Middle Eastern Flavors in the American Food Scene

Because the United States is a melting pot of different peoples and cultures from across the globe, American cuisine tends to be incredibly versatile. Not only do we like to sample different food styles, but we find ways to make them our own through fusion and outright experimentation.

When the pandemic struck, limiting options for dining out, plenty of people turned to experimentation in their own kitchens. They started seeking out international cuisines and flavors to quite literally spice up their dining experience.

The result was rising interest in a range of exotic food categories, including Middle Eastern fare. Which flavors and foods from this region are currently influencing American cuisine?

Made from hulled, toasted, ground sesame seeds, tahini is a paste-like sauce used primarily as a condiment in Middle Eastern meals.

With a thick consistency and a rich, if slightly bitter, flavor, this condiment is incredibly versatile and often served alongside or mixed into other dips like hummus and baba ghanoush. Tahini is also a primary ingredient in sweet treats like halva.

In American cuisine, Tahini can be used in several ways. Naturally, it makes for a great dip for veggies, grilled meats, falafel, or even crackers or chips. It can also be mixed with other ingredients (like olive oil and lemon juice) to make a zesty and satisfying salad dressing.

If you want something heartier than butter on toast, Tahini ups your game, particularly when paired with avocado and spices. Or you can spread it on a burger or sandwich, especially when paired with other Middle Eastern flavors like harissa.

Dairy is a fairly essential part of the Middle Eastern diet, although it typically shows up in the form of fermented dairy ingredients. Yogurt, for example, is a popular addition to many meals.

While Americans typically eat sweetened yogurt as a breakfast food or snack, Middle Eastern yogurt is closer to the Greek variety. Labneh, made from yogurt that has been strained to remove the whey, is particularly popular. It has a thick consistency similar to a soft cheese.

Labneh has a lot of protein without a ton of fat, which makes it a great choice for healthy diets, but it retains its distinctive, sour flavoring. Oftentimes, labneh is seasoned with salt and a range of savory herbs, as well as olive oil, but it can also be mixed with spicy or sweet ingredients.

From there, it can be spread on toast or pita or used as a dip for fruits, veggies, crackers, falafel, and more. In American cooking, it’s a healthy alternative to cream cheese and a range of other cheeses, spreads, and dips.

While cardamom has already started to make an appearance in sweets like baked goods and ice cream, it’s commonly used in a very particular way in Middle Eastern cuisine – as an additive to iced coffees.

With a growing interest in cold brew, younger generations are sure to love the addition of vanilla and cardamom, whether this type of coffee is served in restaurants or they purchase vanilla/cardamom syrups for at-home consumption.

Hailing from the Maghreb region of northern Africa, harissa is frequently found in Middle Eastern recipes. This spicy chili pepper paste, featuring roasted red peppers, along with other peppers and spices, is often added to soups and stews to boost flavor.

In American cuisine, harissa has experienced more wide-ranging use. It can be mixed with burger meat prior to cooking, used as a rub, or included on the side as a spread or dip for grilled meats. Everything from roasted vegetables to pasta dishes to salad dressing is fair game when adding the heat and flavor of harissa to American food.

With so many interesting and exotic flavors to explore, it’s no surprise that Middle Eastern cuisine is influencing American tastes. It’s a trend that’s sure to create new avenues of exploration for the U.S. food industry.