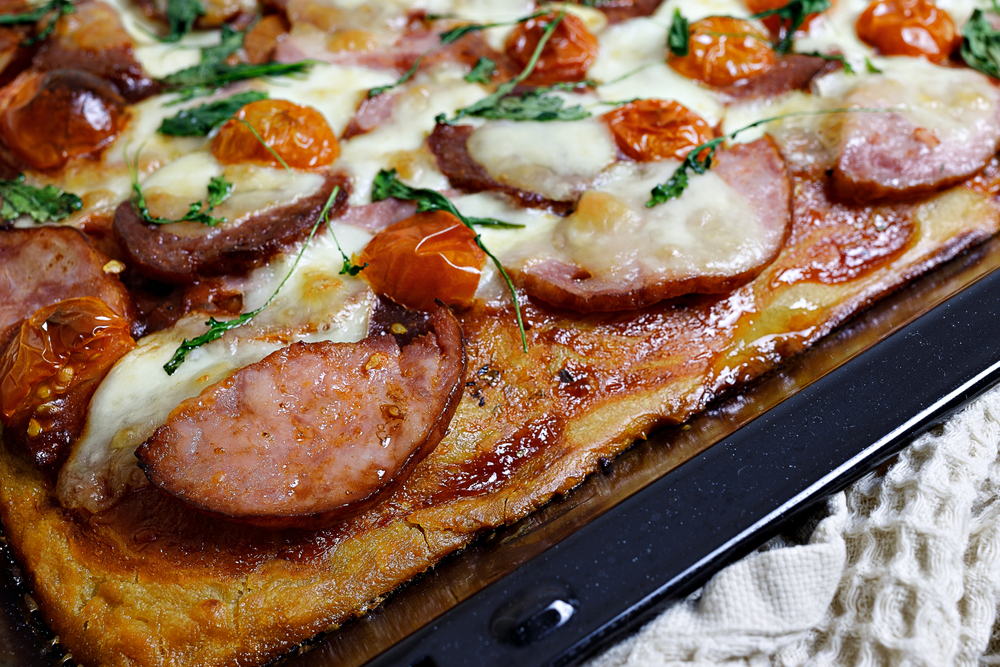 When you think of classic American style pizza let’s be honest it usually consists of New York, Chicago, and Detroit.  But, what if I told you there are hidden gems in that fly over area of the United States we call The Midwest?

I recently had the opportunity to be a part of a Virtual Pizza Trek that dove deep into the regions of the United States: Northeast, Southeast, West, South, and Midwest.  Our team had the Midwest which encompassed St. Louis, Chicago, Detroit, and The Greater Midwest.  I’ll be the first to admit I was skeptical about what we would find but was pleasantly surprised in what we dove into!

While Chicago is most noted for having deep dish pizza we were surprised to find a lot of Detroit style influences.  There were restaurants leaning into the charred, toasted cheese which is classically featured in Detroit Style pizza.  Five Squared Pizza took the square pizza shape but allowed customers to customize their own variety pack pizza with four different slices. It was good to see Chicago step out of the shadows that the deep dish casts and into updated styles.

RELATED: The Top 5 Breakfast Sandwiches Across The U.S. 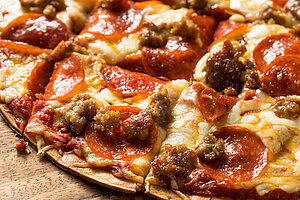 In St. Louis we noticed their pizza was humble, not pretentious, while the experimentation was rooted in familiarity.  They use a thinner, cracker round crust and then cut the pie into smaller squares.  St. Louis went a step further to make its own cheese, Provel, which is a mix of cheddar, Swiss, and provolone.  When baked it adds another toasted note that pairs well with the cracker crust.  St. Louis is considered the underdog in the pizza world and they’ve always been the blue collar pizza in my book.

What I love about the Denver pizza scene is that they are what I like to call Pizza Agnostic.  They have no ties to any single style of pizza.  Denver is a melting pot of American and International cuisines so as a city it doesn’t have a true pizza identity which plays in their favor.  They really have the ability to lean into healthier pizzas or steal from all of the other styles.  Restaurants that have entire sections of pizza dedicated to white sauces or adding fried popcorn chicken onto pizzas. They really do push the boundaries of what traditional pizza means and it’s reflected in the city itself.

Finally, on our Midwest journey we decided to look into the other random areas we called, Greater Midwest.  This included Ohio, Minnesota, Kansas City, and the Quad City area.  The culture of the Midwest is less driven by regional identity or alienation from an “American Mainstream.”  They really take pride in their ingredients.  We saw places like Minsky’s Pizza use honey whole wheat in their dough and other places use malt for their dough.  What I enjoyed the most was the outlandish cultural fusion.  Fong’s Pizza in Des Moines has a Crab Rangoon Pizza and General Tso’s Chicken Pizza while Long Bell Pizza in Kansas City has a Monte Cristo Pizza melding garlic cream, ham, and crispy chicken with strawberry jam and powdered sugar!