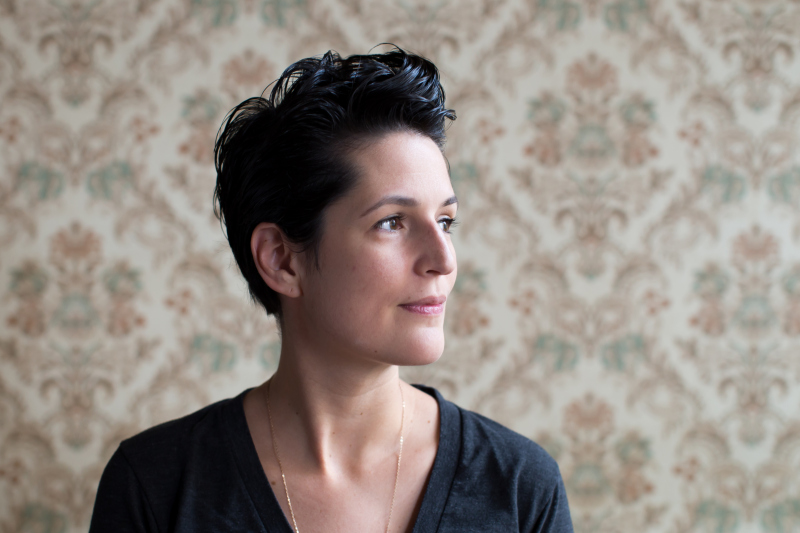 Chef Bonnie Morales on Avoiding Food Fads to Create Her Own

Russia looms large in the cooking of Bonnie Morales. A first-generation American, Morales spent her Chicago childhood immersed in the cuisine of her Belarussian parents – and hated it.

With so many of her relatives flocking to the United States after the collapse of the Soviet Union, it seemed her parents were entertaining all the time, welcoming new arrivals with a spread of cold appetizers called zakuski and bottles of vodka.

As a child of the 80s’s, Morales rebelled against the food of her youth. But as she got older, came a new appreciation—as well as a reinvention.

It was her husband, Israel Morales, who got her thinking differently about the smoked fish, chicken liver pashtet, and the kvass of her youth. Morales, a Culinary Institute of America grad who cut her restaurant chops at such elite establishments like New York’s Craft and Chicago’s Moto and TRU, said she’d normally warn friends who came to her parent’s house for dinner to eat beforehand because they were probably not going to like the food.

Israel would prove to be the exception – and helped pivot her thinking, basically changing the trajectory of her culinary career.

In 2010, the couple moved to Portland with the goal of recreating the Eastern European hospitality and comforting food of all that Morales grew up with complete with cured meats, pickled vegetables and plenty of vodka. Add to that the up and coming Chef’s top-notch cooking skills and eye for what works.

, a name that stems from her grandmother’s experience during World War II, opened in 2014 and immediately garnered critical recognition including a James Beard semifinalist nod for “Best New Restaurant,” GQ’s “25 Most Outstanding Restaurants,” and Bon Appétit’s “Generation Next.” The two even started bottling their horseradish-infused vodka under the label Troika Spirits.

With interest in her cuisine growing, Morales wrote her first cookbook, also called Kachka, in 2017. The book, with 125 recipes, helped solidify her standing as a rising star, so much so that in, 2018, she was given that award by StarChefs. She was also nominated for James Beard’s “Best Chef, Northwest.”

In July 2018, she and Israel opened a larger Kachka with an expanded menu, Russian-style service, and a deli. The original Kachka has become the more lounge-y Kachinka. We got the scoop.

CLICK HERE to Receive Symrise's Chef Interviews To Your Inbox!

Tell us about your new restaurant.
Kachka opened in a larger space on July 23rd. We turned the old space into 'Kachinka'. A more lounge-focused spot where our popular happy hour is available all the time. Kachinka opened on July 6th.

Why do you think people are embracing your food?
What we do isn't faddish. We don't have avocado toast or octopus or burrata or whatever other ingredients of the moment that you tend to see come in waves. I think being true to something and not worrying too much about what is in fashion helps. Guests will often say that they loved it because it was just so different than any other meal they had had in recent memory.

Why is the food of your heritage so important to you?
This food is so grossly misrepresented or misunderstood that it felt that if I didn't do something about it, maybe no one would. Getting people to give it a try is like pulling teeth sometimes. But once they come in they usually leave saying things like, "That was amazing! I had no idea how much I love Russian food!"

RELATED: The Simplicity Of 3 Ingredients With Chef Jonathan Kallini

What are some misconceptions about Russian cuisine?
The biggest one is that Russia is monolithic and that it is in a perpetual winter. Folks assume everything is heavy and wintry and all cabbage and beets. The reality is that even Siberia has summers.

Tell us how you came to love and embrace this food that you initially didn’t always love.
I was incredibly embarrassed of the food on the kitchen table at home. I wanted nothing to do with it. It wasn't until I was dating my now husband that I came to respect it. He is someone I trust implicitly about food and he just fell in love with it and it made me start to question my reality. I really had a paradigm shift and started seeing this food in a totally different light.

What are some of your favorite ingredients?
Sunflower oil. It’s incredibly flavorful and adds such a complexity to dishes. Also, dried mushrooms are something I throw just about everywhere. The rich savory notes are hard to beat. They just add so much backbone any place you stick ‘em.

What about a favorite dish on your menu?
That's a tough one. I put so much thought into each one that it would be like asking me to pick a favorite child. They are all different and all there for different reasons.

What about what you like to cook after a long day? Do you have a “go-to” dish?
No. But I absolutely love the challenge of making something phenomenal from just the random bits of this or that in my fridge. I love how this exercise becomes more and more interesting the closer to grocery day you get. Especially when you know you are going out of town in a bit and you don't want to go grocery shopping and your fridge is almost barren. Those are the times I usually come up with some of the best dinners.

Why is vodka so important to your cuisine?
Vodka is incredibly important, but more importantly is the style of eating and drinking. I don't much care what is in your shot glass (it can even be apple juice), but the important thing is to drink as a group—to toast to something, take a shot, and then eat a bit of this or that. Then rinse and repeat.
This style of eating and drinking is central to what we do. It just so happens that vodka goes so well with the food. We bottle our horseradish vodka infusion in partnership with Eastside Distilling. This particular infusion has a cult-like following and it has done well bottled, too.

How hard/easy was writing your cookbook?
Even with the help of a co-writer, it was an incredibly challenging endeavor that took nearly three years. The most surprising thing is just how little structure or oversight there is. I expected it to be more color-by-numbers and it was just so freeform.
The other bit that surprised me is how much design and styling I ended up being involved in. I had my hand in pretty much every facet of the process. It isn't always that way, but this was my experience and I am thrilled with the book we made.

Anything else on the horizon we should know about?
We will be opening a deli attached to the new location of Kachka, called Lavka, sometime in early 2019.

How would you sum up your cooking philosophy?
I am incredibly methodical and calculated. I have an industrial design background and I use some of the same methodology when thinking about dishes and menu design. It might be pretty unromantic, but I love it.

Join the In-sight community & receive articles like this directly to your inbox!

Beyond the Plate Good Libations
❤3
back