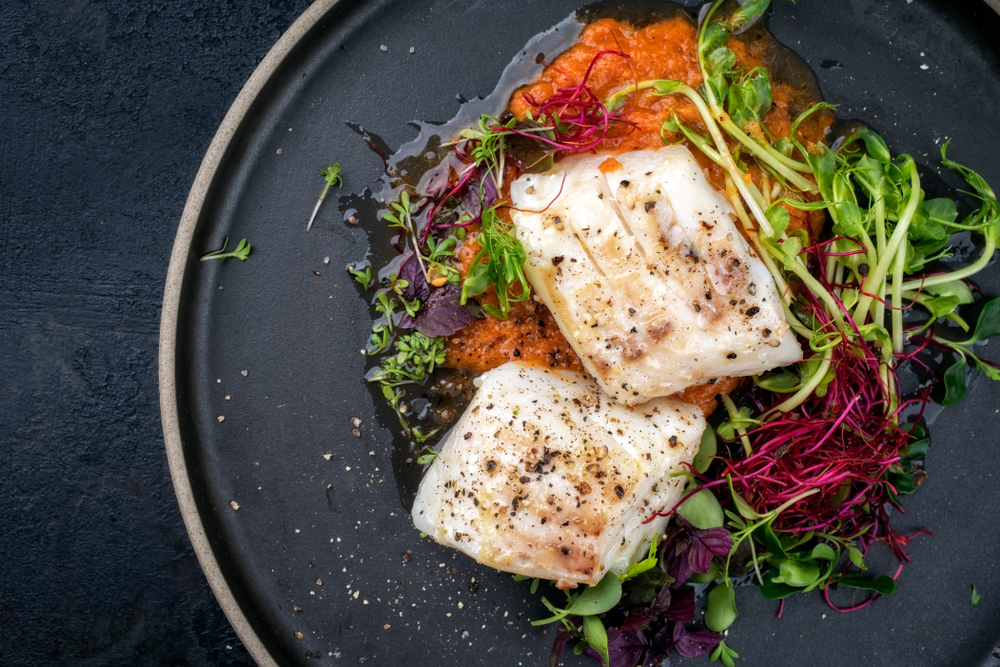 Chef David Bancroft on the Flavors and Techniques of the South

An interview with Chef David Bancroft

Across the United States, Southern food is experiencing a revival. The new Southern isn't so much a change of the old-guard favorites – from fried chicken to shrimp and grits and pulled pork – as a look back at the techniques that make Southern food what it is.

Traveling through the South yields a range of ingredients, influences, and preferences. Deep South communities like Alabama evoke collard greens, field peas, sweet corn, okra, tomatoes, farmed catfish and fresh-caught Gulf shrimp. Moving westward into Texas, the Tex-Mex influence comes into play and Mexican staples – corn masa, tamales, cumin, dried spices, and chilies – start to appear in dishes. "Tex-Mex is hot and Tex-Mexicans wanted it spicy, but the Mexicans wanted it layered and flavored, with natural flavors which are so much more refined than Tex-Mex," Chef David Bancroft of Acre Restaurant in Auburn, Alabama, explained.

Chef Bancroft worked his way through college by taking two-week deckhand stints in Louisiana, where he received early exposure to Cajun and Creole cooking. "Cajun is going to be that Tex-Mex again – heavy flavor, heavy spices. The layered flavors of Creole cooking are a much more Spanish with French technique and classic preparation," Bancroft added.

In Tennessee and the Appalachians, Southern cuisine becomes very terroir-driven, where cooks showcase native and heritage ingredients. That's also where foraging starts to influence Southern cooking – a practice that Chef Bancroft utilizes in his restaurant. In the mountainous Appalachians and Virginia, locals "live off the land and learn how to ferment a lot more there and preserve the flavors that they have. Fermentation is huge and drying and storing through preservation in the Appalachians is a huge part of their culture."

For many, barbecue is where Southern food starts and ends. Open fire cooking is tied up with the romance of the South. It's one part practical – hunting is popular across the region, and many kitchens are equipped with hearths that can handle big game – and one part communal. "In the South, people do stretch out over open fires, almost like you are out in the Wild West," Bancroft noted. "If you are having a ‘cook out’, you better bring a case of beer because we are going to be here a long time."

Both the flavors and techniques of smoke are characteristic of the Southern revival cuisine. They connect with tradition while allowing chefs to experiment with new flavors (via wood) and preparations.

While meat is traditionally cooked over the hearth, the new Southern cuisine throws plenty of fresh produce on the fire pit, too. Grilled corn is a customer favorite, as is the less-well-known, equally flavorful grilled okra. The Cajun influence shows its hand in grilled vegetable gribiche topped with a grilled egg and chunky tartar sauce.

"The ability to control the temperatures all around your fire is something that is just inherited," Bancroft said. "Your grandfather did it, your dad did it and naturally, you inherit that."

While open-flame cooking is traditionally a home cook technique, chefs are starting to implement hearth cooking in restaurants. Chef Bancroft's forthcoming restaurant, Bow and Arrow, is based around open-fire cooking where diners will order off the fire pit. Open flames and well-seasoned cast-iron cookery build flavor whether it's a flash-grilled steak seared on high heat or low-and-slow smoking techniques for whole hog and game cooking.

"The main characteristics of Southern cooking are obviously that so much of it is heritage – heritage, tradition and time-honored techniques. It is still one of the main places in the United States where everything slows down. Everybody, regardless of race and ethnicity, gathers round the table," Bancroft noted.

This melting-pot of cultural influence informs the Southern table—with gumbo being one of the best-known examples. While making gumbo is always an all-day affair with the depth and layering of flavors, there's changing of seasoning or a heavier hand with the spices depending on the terrain and community.

Growing up in San Antonio, Chef Bancroft was surprised to find an Eastern European influence, with German, Polish and Czech touches "literally smack in the middle of the Tex-Mex capital." While the influence of immigrants to the South has always pushed cuisine forward, the latest round of influences may surprise diners. For instance, there's a growing Korean population in the Auburn, Alabama area due to the Kia factory nearby.

However, the regional cuisine manages to embrace these outside influences with, well, nothing less than Southern hospitality. With multiple Asian markets and Korean restaurants, it's a no-brainer to blend Korean ingredients and techniques with Southern ingredients. Paying homage to the Korean classic bibimbap, which is a sticky rice bowl cooked in a stoneware dish, Chef Bancroft swapped ingredients – collard greens for kale, pickled sweet potato for umami-rich mushrooms, and Carolina rice for white rice.

These new and old Southerners often share techniques and traditional foodways. Traditional Asian fish sauce, for example, is not so different from the homemade Worcestershire sauce relied on for Creole turtle soup and barbecue shrimp.

"The basic canvas is going to be there but the base colors will change a little bit, change with the community...and the ingredients that are available." Bancroft went on to reassure diners, "You are not going to see new dish staples down here. You are always going to see your anchor here." Although now, chefs are as likely to serve up a vegan braised collard green stewed with fermented black beans from the Asian market as with traditional ham hocks.

Symrise will be leading a series of food treks through the South to connect with the region's food traditions and flavors and help shape the next wave of Southern Revival cooking.

David Bancroft is the Executive Chef at Acre Restaurant in Auburn, Alabama. An Alabama native, Chef Bancroft was raised in Texas and developed an early passion for Southern barbecue. The self-taught chef forages, gardens, and showcases locally grown and locally fished food at his restaurant. Chef Bancroft was the 2014 Alabama Restaurant Hospitality Alliance Chef of the Year and a semi-finalist for the 2016 James Beard Award for best chef in the South.