An Interview with Chef Edward Lee

The influences and tastes of Southern cuisine can be broken down into very specific regions that change dramatically depending on where you find yourself hungry on the map. There’s the mountain cuisine of Appalachia, leaning heavily on pickles, pork, dried beans and corn, and hearty stews; the seafood of the coastal, low country of Georgia to the Carolinas; the Cajun/Creole and French influence in gumbos, crawfish boils, etouffees of Louisiana and Alabama; western Texas’ classic beef and barbeque; the Mexican influence in the Mississippi delta; and finally bourbon, ham, and cured meat that has always defined the spirit of the South in Kentucky. And while the barbeque and bourbon that have always been associated with quintessential Southern cuisine is still around, the overall concept of Southern food is evolving thanks to the ever-changing cultural influences coming into the American South.

Stay ahead of flavor trends and creative concepts—subscribe to In-sight for weekly updates! 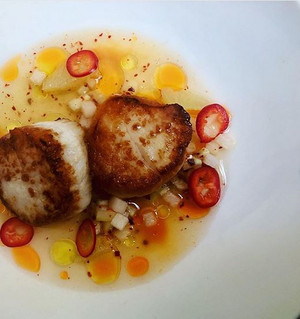 “What you are seeing in this second wave of the revival movement is a return to an origin or natural Southern cuisine,” said Chef Edward Lee, chef/owner of 610 Magnolia, MilkWood, and Whiskey Dry in Louisville, KY. “What also happened is that people traveled and migrated. Northerners moved South, lots of Asian people moved to the South – Indians, Thai, Vietnamese. You had all this cross-pollination of cultures happen at the same time as this revival movement.”

What started as European food in the 1900s became quickly influenced by the cultures originally residing in and brought into the South, including an American Indian diet of corn, squash, and beans, and the African American slave influence of boiled greens, chicken feet, spices, and fried chicken. Up to the 1940s, this defined the American South until traditions began to drop off in favor of easy, fast food trends popularized in the 1940s, and continued until the modern concept of big, heavy, “comfort” food became the new, accepted norm of the South made popular by chefs like Paula Deen. “She popularized the notion that Southern food was full of butter and fat and everything was fried,” said Chef Lee. “The more fat the better. That popularized the idea that Southern food was unsophisticated and unhealthy. So, while we celebrate shrimp and grits, biscuits and country ham, we don’t eat that every day because it’s so rich and calorie driven. As much as I love Southern food, I don’t want to eat chicken and biscuits every day.” 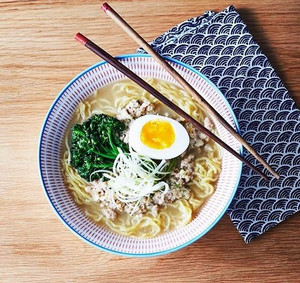 The second revival of Southern cuisine is seeing an impact from minorities more than ever before, completely turning the “more fat the better” so closely associated with the modern South on its head in favor of going back to the authentic roots as well as forging a new taste combining the old standards with new concepts from international regions, especially Turkey, Vietnam, Thailand, India, and China. “As much as we are trying to preserve the past, we are living in the present day and the present is that we are living with immigrants and we enjoy their food. Everyone loves Chinese food and ramen noodles. We are looking to fuse the two. That’s what I do. I take foods like ramen and country ham and combine them into one dish,” said Chef Lee. “So instead of eating them separately, in separate meals, the natural progression is that you eat them together.”

Although not originally from the South, Chef Lee saw an opportunity to fuse two styles he was most passionate about to create something familiar but with a twist that brought two seemingly opposite cultures together. “When I started experimenting with Korean ingredients, people didn’t protest and say you can’t do this because it’s not traditional Southern food. In Louisville, they were very open to it,” said Chef Lee. “And for me, Korean food is very spicy and bold. It has a lot of pickles and tells the same stories. In Southern food, you have barbequed pork ribs; in Korean food you have beef kalbi. Same thing: a sweet marinated meat. In the South, you have grits or corn bread; in Korean food you have rice. To me, they read the same but with a different vocabulary but the same concept.”

The modern American palate, nationwide, has become much more open and accepting of new, international flavors, so taste combinations that were not considered as recently as a decade ago are now expected and even desired. The key is finding the similarities while celebrating the differences, like Chef Lee’s method of using kimchi instead of pickles or fermented Korean chili paste called gochujang to replace barbeque sauces to add the heat but also a depth of flavor, known as making chicken wings “dirty” in his restaurants. His use of wood from different regions to make smoke also helps blur the definition and regional lines of “traditional” barbeque. “I think at some point people will realize that smoke or charred or carbonization is a proper flavor,” said Chef Lee. “You can add it to almost anything and manipulate it as needed, using as much or as little as you want. There are different types of smoke, just like there are different kinds of salt. I think that’s a field that’s very new and I think that’s the thing that will come to the forefront in the next 10-20 years.”

The future for Southern cuisine is continuing to move in an exciting, diverse direction with more, once undiscovered fusions being experimented with and brought to Southern menus while barbeque itself is redefined. “Southern food has always been a fusion of foods with influences coming from all over the world,” said Chef Lee. “I am not a believer in regional barbeque. I mean you have Texas barbeque, Memphis barbeque, Kansas City barbeque, North Carolina barbeque … a lot of it is based on traditions that have fallen. There is a new era of barbeque where people are not calling out those specific styles. A lot of those regional styles are artificial, and they didn’t really mean anything. People are creating their own style of barbeque.” 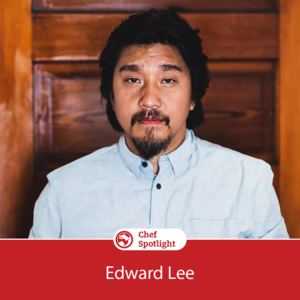 Edward Lee is a Brooklyn-born chef and restaurateur currently based in Louisville, Kentucky. He has made numerous television appearances on shows including The Mind of a Chef on PBS and as a contestant on the ninth season of Top Chef. He is a four-time James Beard Award nominee and currently owns three restaurants in both Louisville and Washington, D.C.