Chef of the South: An Interview with Chef Ben Hammond of Cochon New Orleans

Louisiana born and raised Chef Ben Hammond may have roots in the South but his career has spanned the States. His culinary journey began at the New England Culinary Institute. After graduating in 2012, he went on to an internship at New York City's Gramercy Tavern and then studied the art of French cooking in Southwest France. Fast forward to now and he's back "home" serving as Executive Chef of the Link restaurant Group working with Chefs Donald Link and Stephen Stryjewski.

The South pretty much sums up Chef Ben Hammond’s style of food. His pig-centric menu of traditional Southern and Cajun dishes at New Orleans’ Cochon is “simple and straightforward” (his words), allowing pork – his mainstay commodity – to do the talking.

"Pork is incredibly versatile, with a lot of uses,” he says. “It’s not your run-of-the-mill protein. There are so many cuts that offer a lot of complexity and flavor, which is why I enjoy cooking with it so much,” he says.

In fact, he admits he doesn’t have a magic ingredient for cooking –“We rely on salt and pepper,” he says. Instead, it’s more about using the whole animal as much as he can, relying on local farmers (“We try to do local and seasonal as much as possible,” he says), and staying true to his Southern roots.

“You basically use your cooking knowledge and do what you can with it,” he says. “Our philosophy is unpretentious, basically cooking really good, approachable food.”

In true Southern tradition, one of his favorite things to do is roast a pig in a boucherie. He’s also a fan of the Cajun microwave. This is a long and slow process, with heat that never goes about 275 or 300 degrees but makes the pork really thin and juicy, he explains.

It’s all about respecting the pig and getting as many uses out of it as he can. “The pig gets killed for a reason; we want to make sure we are exhausting every option to use the whole animal,” he says. Which means pork shoulder for charcuterie, skin for crackling, head cheese from the head, and so on.

“We’ll do smoked ham and bacon; we’ll braise the whole animal using the front shoulder and back legs and do a little pulled pork with that. We’ll put all the bones into a sauce and maybe make a stock using the feet or a tureen. We’ll braise the tail and take the shanks off – pretty much anything you can think of, we will do,” he says. “It all depends on the size of the animal.” (Most of his pigs range from 60 to 250 pounds.)

Using sustainability practices in his kitchen helps him sleep better at night, he adds. “We recycle; we compost; it’s important to us to do the right thing.”

In keeping with age-old Southern practices, Chef Hammond is also big into pickling and fermenting. “I imagine that’s gotten popular within the culinary world but we’ve been doing it since Day One,” he says.

Living in the South, and in particular, New Orleans where he says he enjoys the melding of cultures and the way people are so passionate about food has had his influence on him, but he also gets his ideas from reading, trolling the internet for recipes he wants to try (or improve), and simply looking at what other chefs do and trying to come up with a twist on that. “For me, it’s all about figuring out how to grow what you’re already doing,” he says. 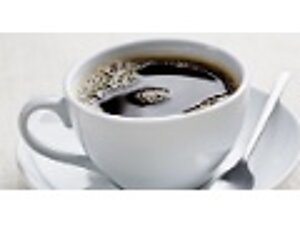 “We have a long story attached to Southern cooking and Southern traditions,” he adds. “I know that might sound corny but that’s the way it is. We like to think of ourselves as forward-thinking.”

As to what he eats on his days off when pork is not the center of his focus? “Vietnamese food,” he says. “We have a lot of great Vietnamese restaurants here.”