Recently a few members of the Symrise NA marketing team visited Chicago for a tour of notable Latino locations. Our goal was to explore everything Latino within the city and to learn how consumers in mainstream America are being influenced by Latino culture. From its Hispanic neighborhoods on the lower west side to its upscale Mexican cuisine in The Loop, to museums, shops, botanicas and beyond, Chicago proved to be a city filled with Latino influence.

On day one we arrived to the Midwest heat and humidity and headed to our first stop. We’re at Frontera Grill on the Near North Side. Frontera is the creation of Chef Rick Bayless, known for his PBS series “One Plate at a Time” and his modern interpretation of traditional Mexican cuisine. By the time we received our first appetizer at Frontera, we could tell that Chef Bayless is on a different level when it comes to Mexican cuisine. From tangy to tomatillos to rich black beans and fiery chili’s, the menu at Frontera is filled with rich traditional Mexican ingredients. The selection also features playful takes on the classics, like the “Street Food Trio” with potosinas (fresh cheese, avocado, crema, Tamazula), molotes (goat, pasilla-garlic salsa, cincho cheese, pea shoots), and sopes (shredded beef, roasted tomato, green chile).  Authentic, fresh, seasonal and satisfying is the best way to sum up Chef Bayless’ Frontera Grill.

After a pleasurable lunch that proved to be as much of an education on traditional Mexican cuisine as it did palette pleaser, we were off to the Pilsen neighborhood on Chicago’s Lower West Side. Present-day Pilsen is Chicago’s largest Mexican-American neighborhood. Just three miles southwest of “The Loop” in the shadow of the Willis Tower, Pilsen is an exciting and thriving neighborhood. The neighborhood is full of life. Only after a few minutes we were immersed in the walking, talking, biking, laughing and eating, people of Pilsen. It seems 100% Latino at first glance. Almost all signage and advertisements in the area are in Spanish and it’s also the predominate language being spoken. The neighborhood is proud of its Latino heritage, featuring vibrant murals, taquerias, Mexican bakeries, bodegas, shops and art galleries.

Our first stop in Pilsen was La Casa De Pueblo, a 52-year-old family owned grocery store that offers more than your average deli and produce selection. The store could have doubled as any other American grocery store for the most part, but the added abundance of Hispanic items sets it apart. There was a boundless amount of Hispanic fruits and vegetables, spices, hot sauces and chilies. The most striking difference of this grocery compared to a traditional American store was the produce and butcher departments. 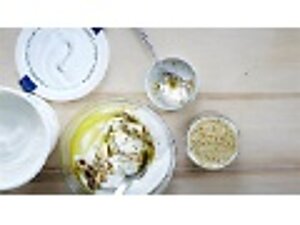 In the produce section the Latin American vegetables and fruits equaled or outnumbered traditional American offerings. There were Nopalitos (the flat stems of prickly pear), flor de calabaza (squash blossoms), camaron molido (ground dried shrimp), xoconostle (sour prickly pear fruits), fresh jicama and yucca, arbol chilies and much, much more. In the meat area, there were various cuts of meats and preparations not normally seen elsewhere. From Al Pastor to chicken wings and chicharron to canned soup, La Casa De Pueblo was an excellent illustration of modern day blending of American and Latino cultures in the United States.

The rest our day took us up and down 18th street in Pilsen. Some of our stops included La Casa de la Cultura Carlos Cortez (an art gallery and print gallery with deep Mexican roots), Pilsen Vintage and Thrift, Liberia Giron (Chicago’s leading Spanish bookseller), Botanic Los Millagros and Oxala Botanica.  One notable stop was El Nopal Bakery, a Chicago institution since 1954. The bakery featured a wide array of Mexican sweets like Horjascara Cookies and Tres Leches Cakes. We also found gordita ducle de trigo, cuadro de queso (cheese pastries), various conchas (Mexican sweet bread) in blanca, rosa, amarillo, and chocolate, cinnamon cemitas, and sweet empanadas in flavors like pineapple, sweet potato and pumpkin. A noticeable difference from American bakeries included the ability to select the treats for yourself from cabinets and bins and also the wide selection of breads and treats that seemed “less-sweet” than American cakes and cookies. Another interesting stop was Dulceria Lupita’s, a candy store featuring traditional Mexican candies. The store was loaded with candy treats. The most popular flavors were tamarind, mango, coconut, and dulce de leche. There were also some interesting candies that incorporated spices into the product for a nice sweet and savory mix, similar to chamoy.

After touring the neighborhood for the entire day, it was at the day’s end when we gained a lot of insight into the true spirit of the community. We had a discussion with the owner of Vintage-A-Go-Go on 18th street who explained to us how the community has been changing since 2005. There has been a new influx of people moving into the traditionally Mexican neighborhood that includes mostly creative, artists, and young people from other areas of Chicago who can’t afford to live in other more expensive art-centric areas like Wicker Park. This influx as created an interesting mix of Latino culture with vibrant arts, music, food and more from other parts of Chicago.

Day two started with a trip further south near 26th street and Blue Island to the neighborhood known as “Little Village”. This neighborhood appears to be almost completely untouched by American influence. It’s virtually exclusively Latino, a contrast from Pilsen’s melting pot feel. Little village appears to be a lot less acculturated compared to Pilsen. There is no English language to be found and we only spotted one business that would be considered an American “chain”, a fast-food restaurant on the edge of the neighborhood.  We mostly stuck to Bodega’s, bakeries, and botanicas as we toured around Little Village. There is a great sense of heritage and pride in the neighborhood with countless murals, Mexican flags, and signage representative of Mexico. The interesting takeaway from touring Little Village was how it could be only a five minute drive from Pilsen, and yet be so different. Where Pilsen represents the Latino influence on mainstream America, Little Village is more representative of Mexico itself. It will be interesting to see how long the neighborhood can hang on to its Mexican roots. 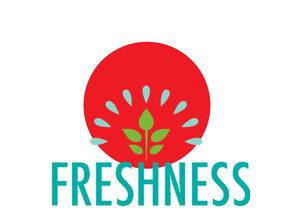 For lunch on day two we made our way to trendy West Randolph Street in the West Loop. We dined at De Cero, a modern day taqueria. De Cero has an excellent drink menu with standout margaritas like the Mango con Chile and the Jicama margarita with chile salt.  They also offer Michelada’s and mojitos in flavors like coconut and strawberry. Not only are the drinks great, but the food is too. The star of the menu is their tacos. They have over fifteen different types, after all! Some of our favorites included the citrus carnitas tacos (braised pork, habanero, citrus salsa, radish, and cilantro), the bourbon braised beef tacos (seared green beans, lime, cilantro, caramelized onions, queso fresco), and the battered catfish tacos with Mexican slaw and chipotle mayo. The tamales were also great. Our favorites were the Tamal Oaxaqueno (chicken mole wrapped in banana leaf) and the Chicken Barbacoa (tequila braised chicken and peach rosemary sauce).

For dinner on day two, we paid a visit to Salpicon, touted as “Chicago’s Best Mexican Restaurant” on the Near-North Side. Salpicon’s head chef is Priscila Satkoff, who hails from Mexico City. Chef Satkoff takes her inspiration from growing up in a culture filled with food and entertaining. Many of the dishes on her menu stem from the time she spent growing up in the kitchen with her mother and grandmother. Salpicon offers a more upscale version of Mexican cuisine than most other restaurants with dishes like filete de res en salsa de moritas con hongos (grilled Certified Angus Beef tenderloin topped with Chihuahua cheese, served in a spicy tomatillo-morita sauce with shiitakes and Mexican rice) and camarones al mojo de ajo (grilled tiger shrimp in a sweet garlic and olive oil sauce with avocado chunks and guajillo chiles).  I tried a dish of quail in a sauce of ancho chiles, garlic, caramelized onions and honey that seemed to be simple on the surface but offered a surprising depth of flavor and spice. 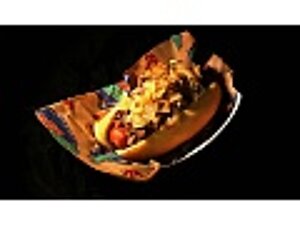 Another notable stop on day two includes the Saint Adalbert Church on 17th street. Saint Adalbert’s is a massive church originally designated for the Polish community which has evolved to address both the Pole and Mexican communities with Spanish Mass. We also stopped by the National Museum of Mexican Art on 19th street. The main gallery was Galeria Sin Fronteras, a commercial art gallery originally from a working-class Mexican neighborhood in Austin, Texas. The gallery featured Chicano art from Latin America and the Caribbean with powerful messages on everything from immigration to “The American Dream” to food and beverage. It was definitely a great look into the culture and views of Latin America.

Overall, our trip to Chicago was a great experience filled with tasting, observing, and most of all, learning. The trip provided a great view into Latin American culture in the United States. It was interesting to see all the ways the Latino’s are influencing mainstream America from food and beverage to art and culture. It was very interesting to see some of the same ingredients used in the bodega’s of Little Village being used at Rick Bayless’s upscale Frontera restaurant in downtown.  It appears that as the United States consumer landscape continues to evolve, it will more than likely continue to take influence from the rich culture of Latin America.