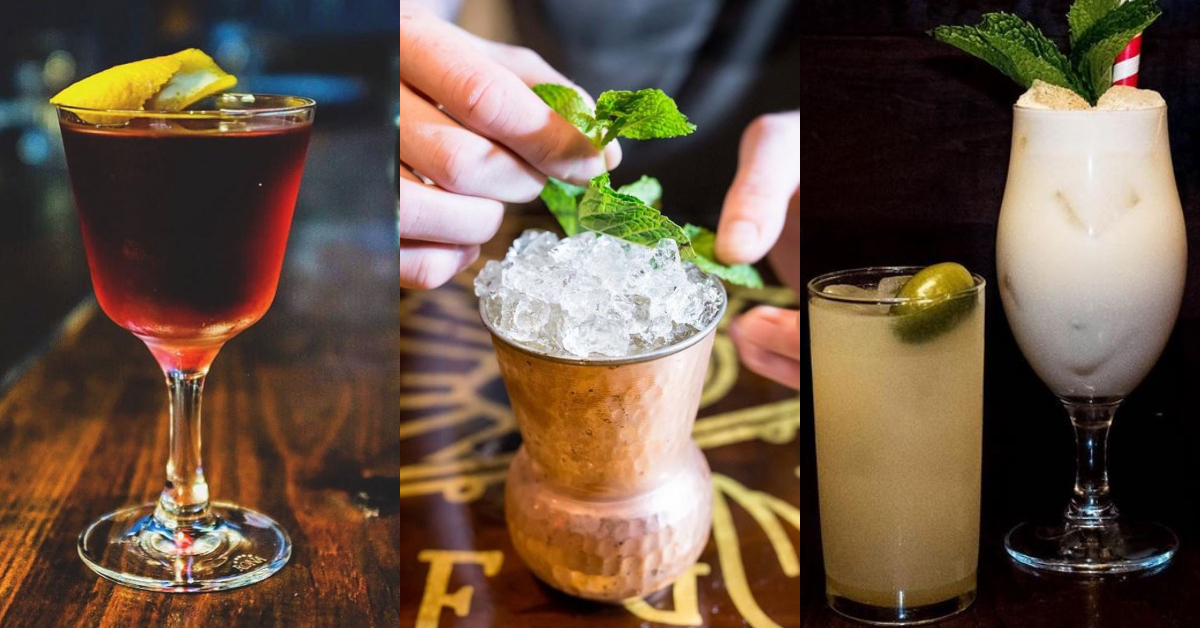 Evan Milliman "The Mixology Sorcerer" on the Complexity of Spirits

Evan Milliman was finishing his associate’s degree in digital media at the Art Institute in Atlanta and working small jobs at restaurants when he began working with a friend “back when Atlanta had no cocktail bars at all.”

“My friend was running a small program in the fine dining arena, trying to bring classics to the forefront and I got hooked doing the same,” he said. That friend would be Greg Best, co-owner of Holeman & Finch, one of Atlanta’s most lauded restaurants – and it’s where Milliman cut his teeth, first as a server and later as a bartender. “I think I was a server for six weeks,” he said. “I very quickly realized soon after, I wanted to be behind the bar.”

That was in 2008. Milliman would be there five years before moving to Australia where he continued to bartend and learn more about the complexity of spirits. It’s also where he began to experiment with slew syrups and blended modifiers and play around with rum and brandy. Upon returning to the States in 2012 he took over the bar program at Billy Allin’s Cakes & Ale in Decatur. That is, until Best approached him again with news about a new casual, classics-forward, hospitality-first bar he was putting together.

Milliman signed on, joining the opening team of Ticonderoga Club in late 2015 as bar manager. The bar has since gone on to win Eater Atlanta’s 2016 “Restaurant of the Year.” And, in 2018, Milliman was named a “Rising Star” by StarChefs.

Symrise saddled up to the bar for a brief chat with the mixology sorcerer to learn more about what makes him tick.

What do you love about bartending?
For me it’s about the daily interaction with people. The bar is a place where people can get away from it all. I like to create a space where they feel like it’s their home away from home. 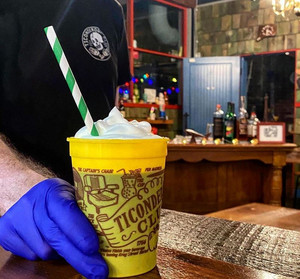 How would you describe your bartending style?
Well, let me say first that The Ticonderoga Club is big and open with lots of dark wood that makes it feel like an old-school New England tavern. But then you look at the menu and see influences from Vietnam, Thailand and Indonesia. Our Bangs Island Mussels, for example, feature fermented black bean with sake broth. And our Vegan Noodle Bowl is made with ginger, garlic, sesame and Madras curry so our cocktail menu tries to complement those flavors by mixing items like sherry and lemongrass into our drinks.
We use a lot of raw ingredients and traditional cooking techniques to produce fun and interesting house made ingredients.

That said, I’d describe my style as one that’s into old-school techniques: Taking what the chef is doing in the kitchen, transferring it to the bar, but keeping it on the traditional side.

Mostly, though, we’re a really friendly bar where we want our guests to feel welcome.

RELATED: Jillian Vose on the Experimentation, Exploration and Education of Mixology

You have some pretty interesting drinks on your menu like the “Thank You, Scientist” (Del Maguey Vida Mezcal, Dubonnet Italian Vermouth and Dark Cacao) and the “Play it as it Lays,” (10 St. George Green Chile Vodka, Lime, Maraschino, Ticon-pari and Cardamom). Where do you get your inspiration?
A lot of times I’m thinking about ‘What do I want to drink next?’ The drink will start with some flavors that I think work well together and then I start thinking about a spirit that will go best with that.
I really think about the aspects I want the drink to have: something short and sour like a daquiri or something that’s slightly bitter, tart and refreshing. I build the drink by mixing a few things together, a quarter of an ounce at a time, getting a smell, seeing the viscosity and seeing if they work.

Next, I think about if there’s a fruit or an herb I need to add or make; a tincture or syrup that should be included or some kind of homemade ingredient. If there’s too much citrus, for example or if it’s too lean, I think about how to bridge that gap.

What’s the process for the cocktail names?
The names of the drinks we come up with can come from a variety of places. They could be fun sounding old literary terms, or even a quote from a movie. Sometimes they’re inspired by the geographical region in which one of the ingredients comes from. It really just depends how silly or serious were feeling that day, and if the name feels like it suits the drink.

What's your favorite drink right now?
I love a classic daquiri; not overly sweet but dry and tart. I tend to like drinks that are bright and refreshing.

What about your favorite drink to make?
I get asked that question all the time and frankly, making drinks is all about mechanics. As long as you know the ingredients and you perform it well, you can make anything. For me, my favorite drink to make is the one that will make you—our customer – the happiest.

So, for example, if you tell me you like a whiskey drink but aren’t sure what you want, I’ll ask you questions like do you want something savory and rich or prefer something boozy and effervescent? I love turning people onto spirits or drinks they didn’t think they’d like but then they do.

When I serve guests something they’ve never tried and they’re happy, I feel like I’ve done my job.

What’s, in your opinion, the most underrated cocktail ingredient or spirit?
Rhum Agricole. I also feel like I feel like there’s so much more in the way of fortified wine out there that’s not being used right now. Fortified wine really seems to fall off the radar.

What about favorite ingredients?
I love brandy and that’s because that distillate from fruit can be so expressive. Not only does it let the fruit that it is made from shine through, but there’s a great deal of the natural yeast characteristics that make it through the distillation process. Brandy can also be one of the most versatile cocktail ingredients to use. Soft and delicate, bright and floral, or hot and spiced.

So where do you go to drink when you’re off-duty?
Kimball House just opened right next door so now I don’t have to go to another part of town for a drink. I also like Watchman’s.

What do you think about the bar scene in Atlanta?
Even though the market has changed dramatically in the last three years, it’s still the biggest little town you’ve ever been to. We all know and respect each other. And there are a lot of great spots to go to. If people came to town before and asked me for a list of where to go, I would have had maybe three or four places on it; now I have more like 25. Whatever mood you’re in, Atlanta has a bar for you.

What’s your advice for what to stock in home bar?
Definitely have some rye or bourbon on hand as well as soda and tonic water, because why not always be able to make a spritz? Some kind of citrus is also good as is a sweet and dry vermouth or a grain whiskey so you can make one of the classics. I also like amaro. You should have things you like but also something traditional that works well with all flavors to appease a guest. And, you should also have a good sugar; you never know when you might need to make some kind of syrup.

What’s your advice for someone who doesn’t know what spirits they like?
Ask questions, tell us what kind of cocktails you like, and let us be your guide.

Thirsty for more? For more mixologist insights, sign up for our Weekly Newsletter!