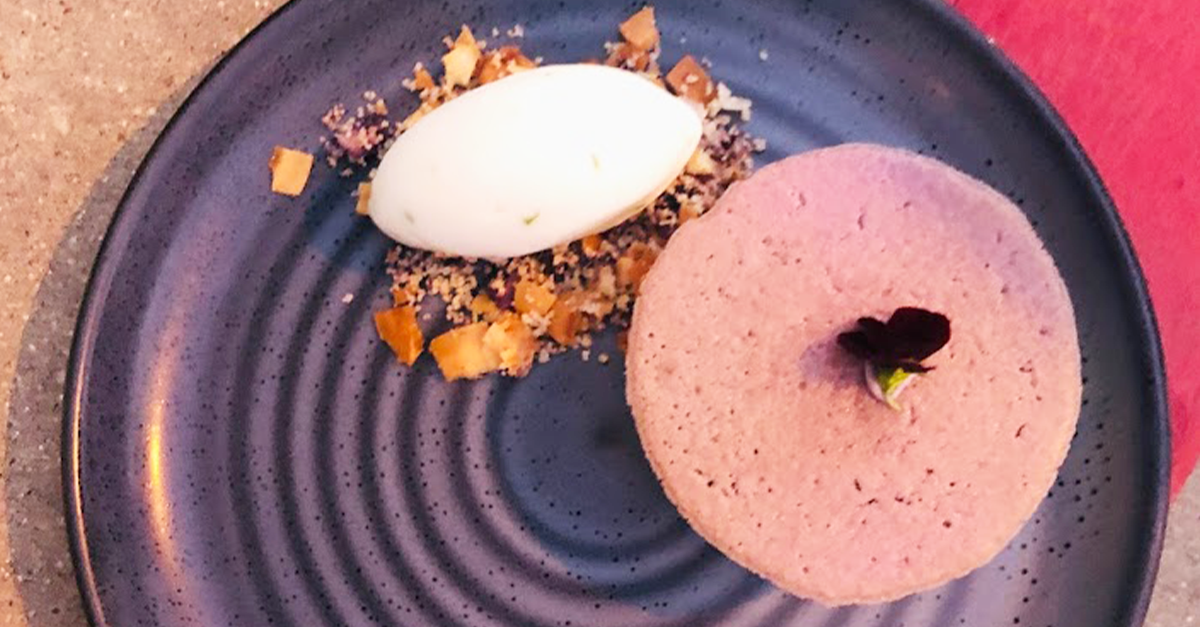 This article is a recap of the 2019 StarChefs' Houston Rising Stars event that took place in December.

On a cool winter day in Houston, five of the city’s StarChef’s Rising Stars gathered for a Symrise-moderated panel to discuss the latest aspects of their crafts. This roundtable centered on the creative process of in developing new dishes, drinks, and desserts that are both satisfying to create and delectable to eat. The culinary professionals shared the challenges, limitations, inspirations of working within seasonal ingredients.

The Rising Star Chefs highlighted the importance of building a bank of flavor profiles to draw from when creating new dishes.

When describing the creative process taken to develop a new menu item, panelists agreed that their baseline is always products that they can acquire in season. “I start seasonally. That’s my first step,” said Matos. Menu planning based on the produce that is thriving and can be transported to Houston serves as both a limitation and a provocation to use those ingredients in a creative way.

Streets described common instances where she found herself “starting with an ingredient and figuring out how to get the best use of it.” Examining a particular ingredient, she will ask herself, “What does this taste like? What does this remind me of? What have other people done with it?” Generating ideas of how this piece can fit into the larger puzzle of a dish is the second step in the invention of a new dish.

With regard to the creative process, Larke added that “sometimes innovation begins when discussing how to create dishes with our cooks. We vary techniques and keep it fresh.” The chefs agreed that it’s important to ensure that the new dish will fit on the menu and maintain the balance and cohesion of what is being offered to guests.

Cost is a significant factor that shapes the creative process, since menu items need to be accessible to customers. “They’re the ones paying the bills,” said Streets. “We don’t want people to just come once, we want regulars.” Ho added “We want to have something really approachable that people will recognize.” Having a “meat and potato dish,” is important, or as Matos described a recognizable dish that customers order when not feeling overly adventurous. “You want to maintain normalcy that people keep coming back for, while mixing in new dishes,” Matos continued.

RELATED: The Rising Stars of Houston's Food and Beverage Scene

Customers’ dietary restrictions have become commonplace. Chefs should provide dietary options that consumers are looking for. “I want people to feel included, not excluded based on what their food preferences are,” said Larke. Streets added that it is easier for everyone when specialty options, such as a naturally gluten-free risotto, are already available on the menu, rather than having to create new dishes with substitutions on the fly.

After a new item is on the menu, its for the customers to decide if it is a hit.

“You hope for the best, and sometimes you’re totally off about what people will be into,” said Streets. “You might think something’s not going to sell, but it sells out immediately,” said Matos. Chida recalled a time that she made a BBQ-flavored gelato and was surprised when it became a popular flavor. “That opened up my eyes to keep pushing the limits,” she said. “Even if it does end up being a waste of money and time to experiment, you learn from it.”

Instagram has become another source of inspiration, although Streets noted that “you don’t want to do something that people have already seen a million pictures of.” The chefs reminisced about when they would flip through cookbooks just to look at the photos, but now Instagram opened up a whole world of recipe and plating inspiration.

The platform has become even greater necessity in the marketing strategy of their restaurants. “It would be selfish of me not to use social media, because every post adds to the business, and means tips for our staff,” said Ho. “Some great businesses are still unknown by most people because they’re not on social media.”

“At the end of the day you’re trying to give people what they want,” said Ho. Streets added “The goal is to make people happy without sacrificing your own philosophies behind the food you’re making and feel satisfied and proud of every dish. But it’s not your dinner, it’s their dinner.”