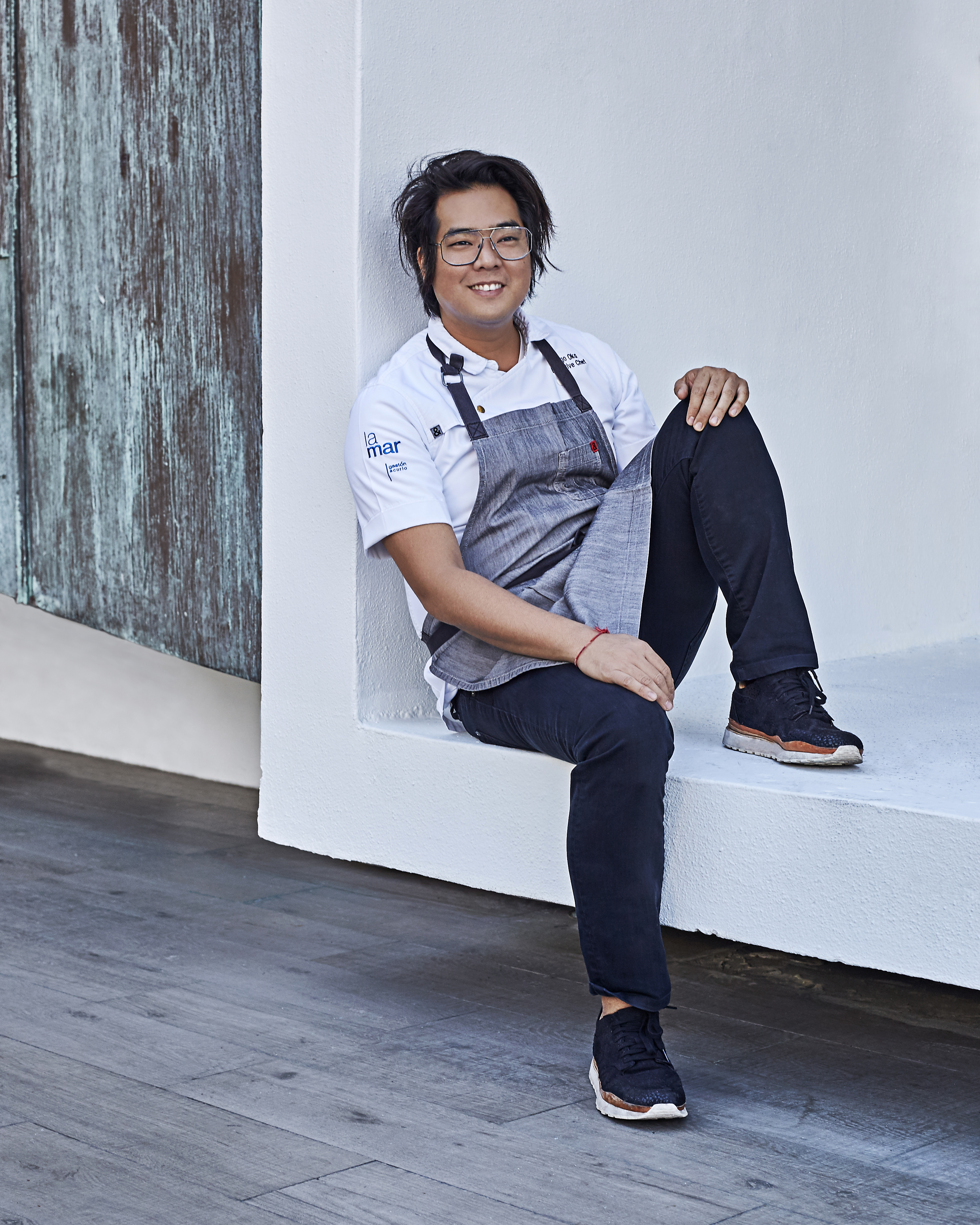 How Diego Oka Brings Peruvian Cuisine to Life in Miami

Food has always been a big part of Diego Oka’s life. The Miami-based chef, known for his melding of South Florida, Peruvian and Japanese cuisines, says he has an amazing family that loves to cook and eat. He says he learned a lot from his Grandma Violeta but also from just growing up in Lima.

Pictured: Diego Oka at the Symrise StarChefs Innovation Roundtable in 2016

“Every weekend since I can remember we would try new restaurants,” he says. “My father is also a big foodie and he always got to know the restaurant vendors at the fish market, so in my house we always had fresh fish like tuna, hamachi, live scallops, live shrimps, etc. It was like our own private restaurant.”

Food became Oka’s passion and so, despite never having set foot in a professional kitchen, he enrolled in culinary school. “I just wanted to be a cook,” he says. “Plus, I really didn’t want to go to business school.” While enrolled at Lima’s Universidad San Ignacio de Loyola he ran into Gastón Acurio at a supermarket and boldly let the celebrity chef know he would love to work with him. That led to an internship at Astrid y Gastón in Lima, and then, after graduating in 2001, to working for Chef Hiro Nakagawa at Ichi Ban. He moved to Lima’s La Mar Cebicheria in 2005: the start of his La Mar career. Over the years, his work took him to La Mar in Mexico City, La Mar in Bogotá, Colombia and La Mar in San Francisco. In 2014, he opened La Mar at the Mandarin Oriental in Miami.

Symrise sat down with him to get his perspective on Peruvian cuisine and what’s going on in the kitchen.

Diego Oka: Inspiration is everywhere! But mostly, I’m inspired by my travels and traditional recipes from Peru.

Symrise: What are some of your favorite things to cook and why?

Diego Oka: Things that I have never done before. I like to take on challenges because they make my work more fun. Also, there are recipes that that you can make over and over again, like, for example, with ceviche — it’s so versatile that you can change it every time and come up with something new.

Symrise: Any ingredients you're having fun with at the moment?

Diego Oka: We’re in the process of changing the menu at La Mar, so this is always a fun time for me and the kitchen because we get to experiment. Potato is nice to work with and I personally love it as you can do so many preparations with it.

Symrise: What would surprise people to know about Peruvian cuisine?

Diego Oka: Peruvian cuisine is a surprise box; I think lots of people don’t know all the cultures that are melded into it. We have Spanish, African, Italian, Chinese and Japanese cultures and you can see it in our flavors and techniques.

Symrise: What has been a highlight of your career?

Diego Oka: To be able to learn more about my country, Peru. My background is Japanese, so before working with Gastón Acurio I knew just a little about Peru’s gastronomic culture. Working with Gastón opened my mind to how wonderful it has been to cook and be Peruvian at the same time.

Diego Oka: I would do a lot of things, all of them would be tied into creativity and the arts.

Symrise: What does being innovative mean to you?

Diego Oka: Being creative and to be able to reinvent myself over and over, so at the end you become unique.

Symrise: What is your favorite utensil?

Syrmise: What can't you live without in the kitchen?

Diego Oka: An amazing team like the one I have now.

Symrise: What do you eat when you're off-duty? Your favorite thing to make at home?

Symrise: What would your grandmother say of your cooking? Does she have a favorite dish?

Diego Oka: Unfortunately, I don’t cook that often at home, but when I do she always likes it. In my family, she will always be the best cook for us.

For more information, innovation and inspiration, Subscribe to the weekly in-sight newsletter