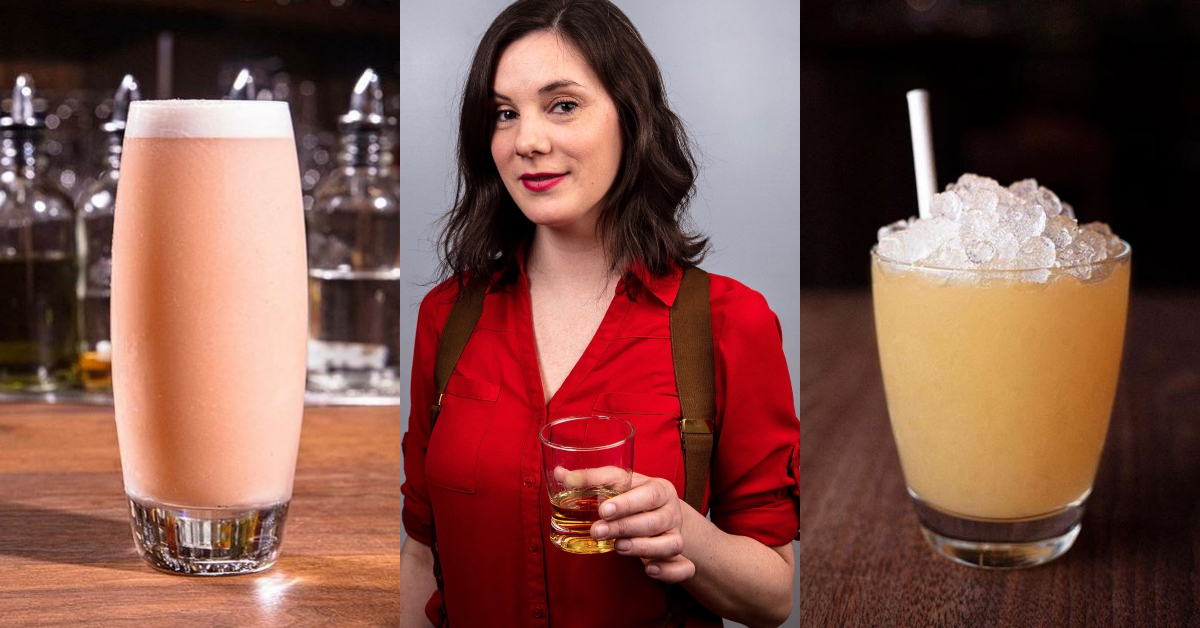 Jillian Vose on the Experimentation, Exploration and Education of Mixology

Jillian Vose doesn’t have a favorite cocktail. “It’s a tough choice choosing,” she said, “As it differs depending on the occasion.”

In her 17-year-career, the bartender turned Beverage Director/Managing Partner (now at Dead Rabbit in NYC) has overseen hundreds of drinks, all of them composed of different spirits, juices, syrups, bitters, fruits, veggies, you name it (even granola!). Though a lot have been memorable, what she loves is the experimentation, exploration and education.

For more mixologist insights, sign up for our Weekly Newsletter!

“I have a good palate, though that took practice,” she said. “Really, it’s time and experience that gets you to a point where you know what works and what doesn’t.” And though she’s no longer behind the bar – her job is more about overseeing the menus of Dead Rabbit’s Taproom and Parlor along with traveling, mentoring, teaching and helping expand Dead Rabbit to other cities – cocktail creation is her forte.

The secret? “It’s all about balance, consistency and what tastes good,” she said. “You need to use flavor combinations that make sense and accentuate off each other with accents of different modifiers.”

There also needs to be intense Research and Development. “Sometimes you come up with three or four ingredient cocktails but then you realize, it’s not sweet enough, the body’s not there, it needs a high note or an accent and so you play around,” she said. “Maybe it only needs a quarter ounce of amaro rather than an ounce or less bitters. You just need to be smart about it.

“Start with a simple combination of flavors and build on it.”

Her career started, one could say, working at 14 at a Dairy Queen in Cape Cod, Massachusetts before becoming a food runner and later a bartender at the Four Peaks Brewery in Tempe, Arizona where she was simultaneously studying Hospitality Administration at Northern Arizona University. That’s when she fell in love with the business: The hours, the flexibility, the fun and friendships. “I just genuinely like people and chatting with them,” she said. She also enjoyed the multi-tasking – the puzzle pieces bartending requires of mixing and thinking five steps ahead.

She would become further immersed in the world of fine wine, food and cocktails at Elements and Jade Bar at the Sanctuary Resort in Paradise Valley, AZ before heading back East at age 24, to get her Level One Court of Master Sommeliers Certificate in Boston. She then moved to NYC to take the BAR five-day course. That would lead to jobs at Brooklyn’s Clover Club, Maison Premiere and then to Death & Co where she rose to head bartender, leading one of the city’s foremost mixology programs and becoming, in 2013, a StarChef’s Rising Star.

In 2014, the Cape Cod native joined the internationally renowned cocktail cathedral The Dead Rabbit where her leadership and expertise for crafting compelling cocktail menus helped propel the bar to win “World’s Best Bar” and “World’s Best Cocktail Menu” at the 2015 Tales of the Cocktail Spirited Awards. The bar also took the number one spot on the prestigious list of the “World’s 50 Best Bars” in 2016.

And the accolades continue: In 2017 Vose was named one of the 10 Best American Bartenders in the Spirited Awards from Tales of The Cocktail and was a top four finalist in 2018 and 2019.

An Irish bar with a sense of humor, a classy Old-world charm and an inventive take on classics, The Dead Rabbit, with both its downstairs Taproom and upstairs Parlor, is known for serving the best Guinness in town along with the venue’s famous Irish Coffee. It’s also known for its comic-book themed drink list, of which Vose was a big part of creating. The menu transports Dead Rabbits gang leader John Morrissey to 1970s New York City and most currently, to “Darkland,” which debuted in September 2019.

Irish whiskey is a huge part of the bar’s DNA and features, it should be noted, the largest Irish whiskey collection in North America.

For the first time ever, in fact, in collaboration with event organizer Articulate Ventures, The Dead Rabbit held an Irish whiskey festival in November 2019. “There were 30 brands at the event, some of which haven’t even launched in the U.S. yet,” said Vose. Already there are plans to be “bigger and better” in 2020.

As a category, Irish whiskey is growing, with a host of new distilleries and maturations. “Distilleries are getting a lot more adventurous,” she said. “It’s an exciting time for the category. We are seeing more pot still styles, different blends and use of casks like Pineau des Charentes, cognac, cider, calvados and beer.”

Other spirits that are having their moment include higher proof whiskeys, unaged brandies (a personal favorite of Vose’s; she particularly likes the fruit ones – think apricot, apple and pear) and the use of younger spirits.

“Eight or nine years ago, people wouldn’t dream of using a cognac or calvados in a cocktail because they were too dear. But now brands are making things that are blends of younger and older brandies and they’ve got creative with it – and younger is ok.”

She also sees the Scotch industry creating more affordable single malts. Plus, spirits from other parts of the world are making more strides. Case in point: Shochu and Baijiu from China.

You can have all the ingredients and all the spirits in the world but you still need a specific vision – and palate – to create a good, drinkable cocktail. Vose said she gets her inspiration for new items by visiting other bars to see what they’re doing, including her old employer Death and Co.

“You may like something when you visit other bars or you may not but usually there’s at least one small thing that’s really clever that makes you think, hey I really like this flavor combo or wow, I like that glass,” she said.

“When tasting new products, sometimes a lightbulb goes off and I know exactly what I want to do with it.”

Other forms of inspiration come from talking to her team, playing with samples she’s gotten from distributors, traveling and doing tastings around the world. Over the past five years she’s bartended in London, Edinburgh, Tel Aviv, Athens, Tokyo, Paris, New Orleans, Shanghai and Oslo, to name a few. Plus, she and her team meet regularly to discuss, debate, pour and experiment.

Food and dessert also help trigger thoughts. “Maybe it’s a really great breakfast dish or a really delicious strawberry cheesecake and so you try to figure out how to construct that essence with spirits,” she explained. She’s a big fan of writing things down when inspiration strikes so she can remember specific flavors later.

But back to that drink question... So, with all that knowledge and all that experience, what drinks are Vose’s favorite?

“Simple with complex flavors that are easy to execute are what I gravitate towards,” said Vose. “Martini style drinks, though not necessarily made with gin, though gin is ok too, are my favorite type of cocktails to drink.