Cachaca, pronounced “ka-sha-sa”, is the most popular distilled alcoholic beverage in Brazil. Unlike rum, which is usually made from molasses, cachaca, just as its French West Indian counterpart, Rhum Agricole, is made from sugar cane juice. Cachaca is produced before the crystallization of sugar occurs, whereas, molasses is produced after crystallization. But just as with rum, cachaca also comes in both the unaged (clear) and aged (gold or amber) varieties. Cachaca is also the main ingredient in Caipirinha, Brazil’s national drink, which is becoming a favorite around the world.

Cachaca’s history dates back at least four centuries. It was developed by Portuguese settlers in Brazil and was given to slaves by plantation owners because it appeared that upon consumption, it would increase workers’ energy. As time passed, better varieties were developed and for people in Colonial Brazil, it soon began to appear on dinner tables.

Upon the abolition of slavery in 1888 and the subsequent removal of the monarchy, republican Brazil embraced sugar and by the early part of the 20th Century, cachaca became a symbol of Brazil’s identity and has since been enjoyed by the nation’s numerous social and ethnic groups. Over the centuries, cachaca was also given many other names, often to mislead the government during the period when cachaca was banned in the country because it was giving stiff competition to the European “grapa”. 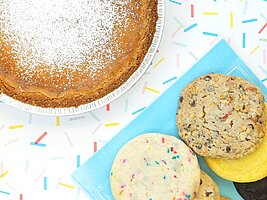 There are more than 2,000 words that refer to cachaca. Both the Dicionario da Lingua Portuguesa and the Diccionario de la Real Academia Espanola have two entries for cachaca, one for the by-product and the other for the drink itself.

Cachaca is made from fresh sugar cane juice, is fermented and distilled and is usually between 38% and 45% alcohol by volume. The clear or white variety is mostly bottled right after the distillation process is complete and can be considered less expensive although there are some who allow it to age for up to a year in wooden barrels to bring about a smoother blend. The clear version is used in drinks such as the caipirinha, whereas “caipi-rum” is mixed with rum rather than cachaca, and “caipi-sake”, which uses sake.

Aged or dark cachaca is considered to be “premium” and is aged for up to three years in wooden barrels. It is meant to be sipped as one would with premium tequila or a single malt scotch. There have since been introduced other handcrafted cachacas that are aged between two and 16 years in wooden barrels and contain aromas of oak, balsam and cinnamon. These should be drunk smooth as the flavor embraces the influence of the fermentation agent, as well as the type of wooden barrel in which they are aged and the variety of wood used to make the barrel, of which there are about 20 types of woods used in the making of barrels for cachaca.

Check out past Monthly Mixology's with Junior below:

A Lesson on Mezcal

The Art of Tequila

Ancient Mexican Drinks of the Gods