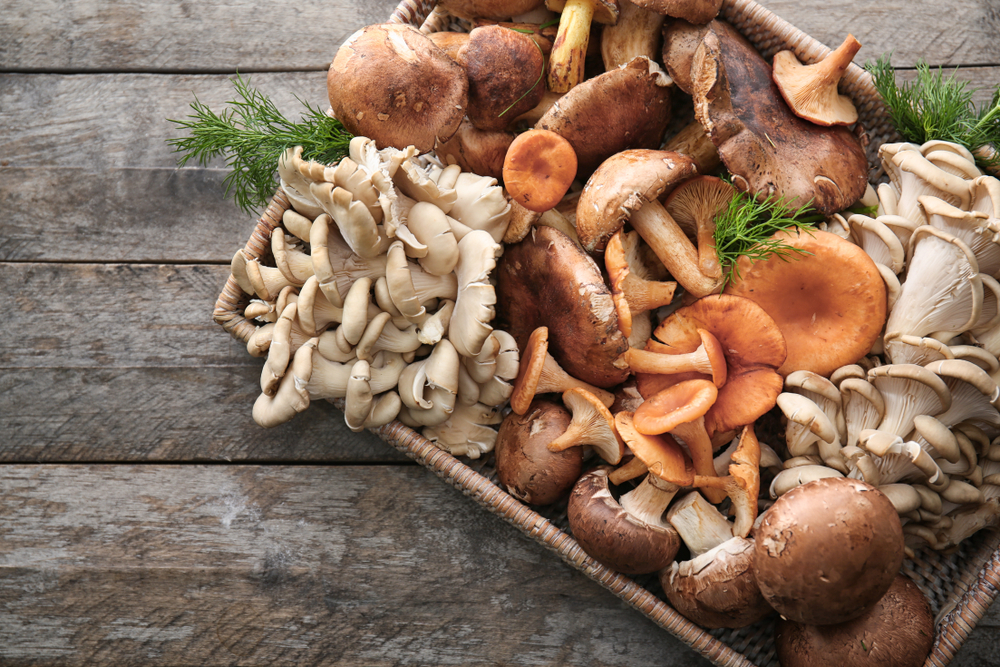 It’s been over thirty years since one Wendy’s commercial launched the catchphrase “where’s the beef?” out to dinner tables nationwide. But at the 2018 StarChefs International Chefs Congress (ICC) in Greenpoint, Brooklyn, chefs let meat-reduced dishes shine without skimping on flavor. Using mushrooms to add umami was seen broadly across the Congress. But chefs didn’t stop there. Employing multiple techniques on earth-forward ingredients and compounding warm spices helped amplify all dishes, no matter the meat component.

At Congress Eats’ Respect the Peppercorn, where five chefs daily centered offered plates designed around one ingredient, Brian Enyart of Dos Urban Cantina in Chicago draped braised and pickled wild foraged mushrooms atop masa pudding flavored with hoja santa; ”a pretty cool herb because it’s the same family as a peppercorn, but with a sarsaparilla flavor,” he said.

Hungry For More? Sign Up To Receive Weekly Articles To Your Inbox!

For his onion-focused Congress Eats’ dish, Leonard Hollander of Arbor in Chicago charred both leeks and matsutakes for a latke that sat atop fermented shallot cream with smoked allium pickles alongside. The three techniques held strong against the pile of golden Ostreta caviar and drizzle of Kalonji black cumin seed oil that finished the dish.

“Is it delicious?” and “Is there a cool factor?” are two questions Chefs Stuart Brioza and Nicole Krasinksi of State Bird Provisions in San Francisco ask themselves when composing a dish. For their Tear and Share Roti demo, they griddled off one of their buttery flatbreads with braised matsutakes mushrooms, pine nuts, and Parmesan cheese and then finished it off with sliced fresh matsutakes for a salty, satisfying plate that nailed both questions. For another roti, sunchokes were grated into oil with black truffles, made into almost a ranch-like dressing, and pickled—the tri-presentation brought out every buttery, tangy side of the tuber.

At the notorious Blended Burger Battle (presented by Kikoman USA), all competing chefs composed their meaty burgers from 25% mushrooms. Taking an approach “all about sustainability and being healthy,” Chef Jehangir Mehta of Graffiti Earth first added cilantro, onions, shitake, and portobello mushrooms with ground veal into his grinder. “But I’m a person who loves spices,” Mehta said. “So we added Thai chilies with a little turmeric and coriander. Eating anything with meat in it, it makes it easier on your digestion.”

For Chef Elizabeth Falkner, compounding fatty, funky flavors with a hit of freshness at the end tossed her venison burgers into the winner’s circle. Combining beef fat and mushrooms with lean ground venison, Falkner dug in with Kikoman tamari and Emmi Roth cheese. Then she layered them with caramelized onions, gruyere, and fresh herbs onto house-made focaccia buns she’d let ferment for three days for a burger with so many flavors “that shoot your mouth in different directions,” she said.

Keeping in line with the ICC theme Cooking with Respect: Better Ingredients, Better Food, chefs regularly voiced keeping both the environment and their customer’s wallet in mind when creating new dishes. Pulling as much flavor as possible from simple ingredients – be it from breaking down whole animals and offering all cuts, pickling vegetable scraps, or introducing a few new spices – helps keep suppliers, guests, and the bottom line all satiated.

The plates sure do look pretty, too.