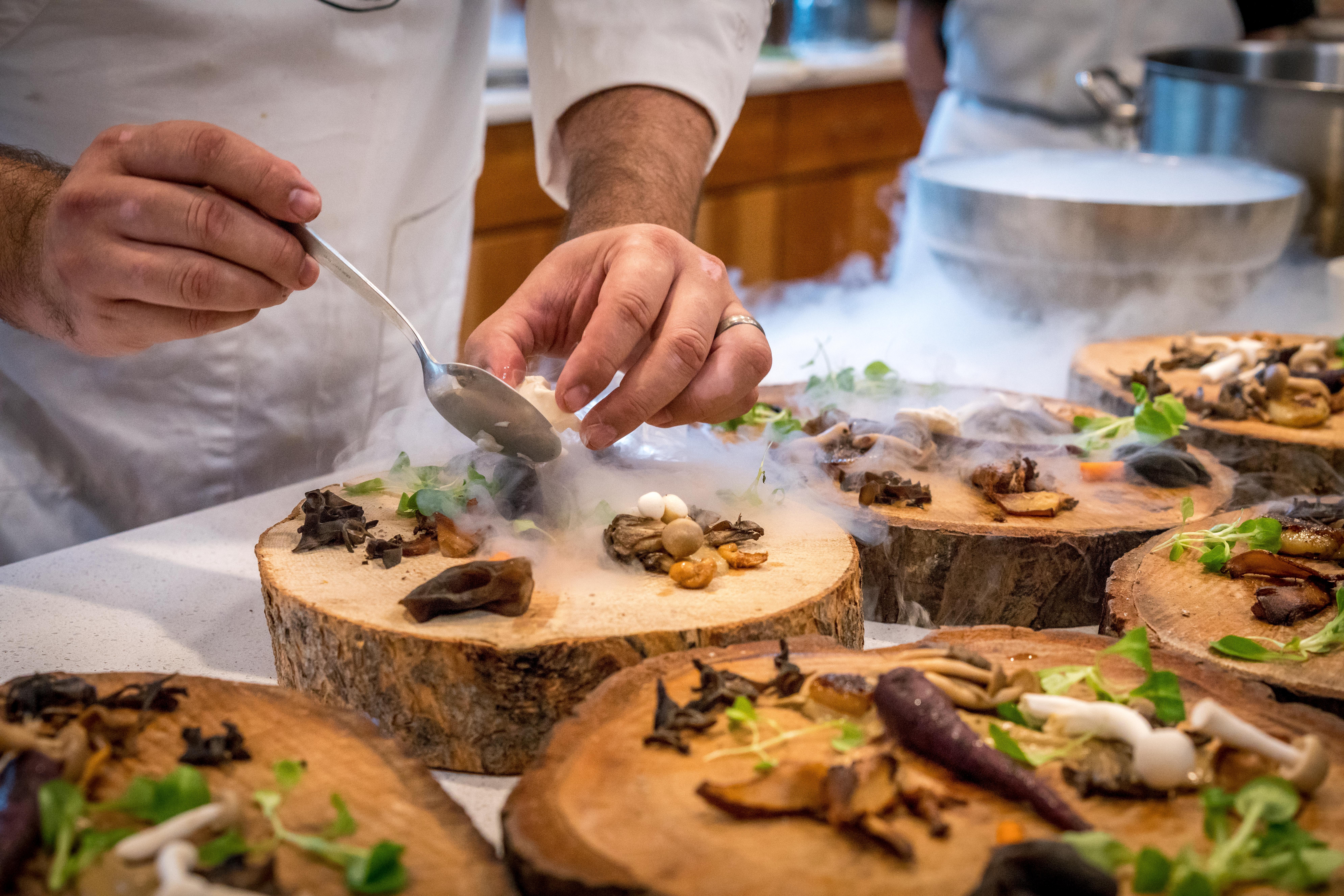 If there’s something that has importantly been brought to the surface as a result of COVID as many have experienced it, it’s the study of ageusia (the loss of taste), anosmia (loss of smell) or the combination of loss of both taste and smell. The mental effects caused by such significant sense loss haven’t been realized yet, but luckily, even for those affected the strong memories and childhood associations remain.

It doesn’t matter where a person spent their childhood — one common factor everyone is the significance of the nostalgia factor. Tastes, smells, and sights have the power to transport people to another time and place.Dining out and the importance of all of the senses as a part of the dining experience unites diners and chefs alike. The sense of smell was the recurring nostalgic sense mentioned by the six notable Nashville chefs, bakers, and beverage experts gathered on Wednesday, May 11 at the Symrise StarChefs collaborative event at BentoLiving in Nashville’s bustling Chestnut Hill neighborhood.

Each chef in attendance shared a special memory from childhood centered around a specific smell.

Alyssa Gangeri, Owner of Buttermilk Ranch and Pastry Director at Urban Grub, grew up in a large Italian family in New York. Her smell-triggering memory is that of Pignoli cookies — something her grandmother kept her grandfather abundant in at all times. "He required it," laughs Gangeri. She continued to explain the science behind the aroma — the almond extract is very different that almond paste. Refusal to compromise based on price is something the pastry whiz stands by. "Some choose to cut corners now due to cost, but consistency and refusal to compromise is key".

Chef and restaurateur Ford Fry grew up in Texas, with hours spent riding dirt bikes and playing guitars before he planted roots in Atlanta, but owns over 20 restaurants throughout Texas, Florida, and the southeast. Fry is quick to recall his favorite sense-memories from childhood — the smell of French fries in the fryer and caramelization of the meat and the the melt of American cheese from
burgers sizzling on the griddle-top. The chef says he, like Gangeri, cooks from memory. He remembers things and replicates them.

Bryan Lee Weaver (Redheaded Stranger, Butcher and Bee Nashville) mashed up his inspiration for the menu at Redheaded Stranger from memories in Texas and New Mexico — ones rich with the distinct, zesty smell of roasting Hatch green chilies. Weaver also has a love for elevating familiar items and doing them well. Think crunchwraps, Frito chili pies, and cool daily special features  — all made with excellent ingredients.

Appalachian-born chef and restaurateur Sean Brock (Audrey, the Continental, Joyland, June) is also launching a new nonprofit and retail line — and emphasized the importance of the time spent with his grandmother in the garden. The namesake and inspiration behind Audrey (her signature is the logo visitors see entering the door) and much of Brock’s cooking journey, Audrey, the chef describes as "the classic Appalachian grandmother". She worked as a butcher and her father’s gristmill, kept bees, had a basement chock full of preserves, kept at enormous garden and spent tons of time in the kitchen, cooking. Brock recanted vibrant memories of the smell of sun-drenched vegetables and tomatoes in Audrey’s garden.

Don't Miss The Next Article In This Series, Sign Up For Updates!

Chad Newton owns You Are Here Hospitality alongside his wife Gracie — which encompasses soup stall East Side Pho, and crowd favorite East Side Banh Mi. Newton says his childhood dining at home was filled with a lot of meat and potatoes, but growing up in California, he dined out and ate a lot of great Chinese food — which he says is his most memorable smell. He said the focus at their restaurants are the foods Gracie grew up eating.

Nashville native Kenneth Vanhooser Jr., with Rocket Farm Restaurants’ Les Loupes and the Optimist Nashville, says his time studying the art and flavors of Japanese bartending fuels much of his current program and focus. Vanhooser says his most inspiring nostalgic memories are multi-sensory since for him sight plays a large role in cocktail creation. "There’s lots of sight involved on the beverage side. You want to make something noticeable but also fun and inviting, boozy with visual impact." Vanhooser also recalls the smell of tomatoes growing up. He recalls the canning process alongside his father and grandmother and the memories invoked.

"If i sense passion i like it. I remember as a kid eating a peeled new potato with butter and parsley. The flavor of the potato was strong and delicious and today it never tastes like i remember it. Is it agriculture or technique or is it just that nothing ever matched that childhood memory? I’ll never know," concludes Fry.

Symrise is always interested in sharing the inspiration and creative menu items from around the nation and globe for the food and beverage industry. To learn more about new flavor trends for meals, libations, desserts, and information on upcoming events, contact us today.