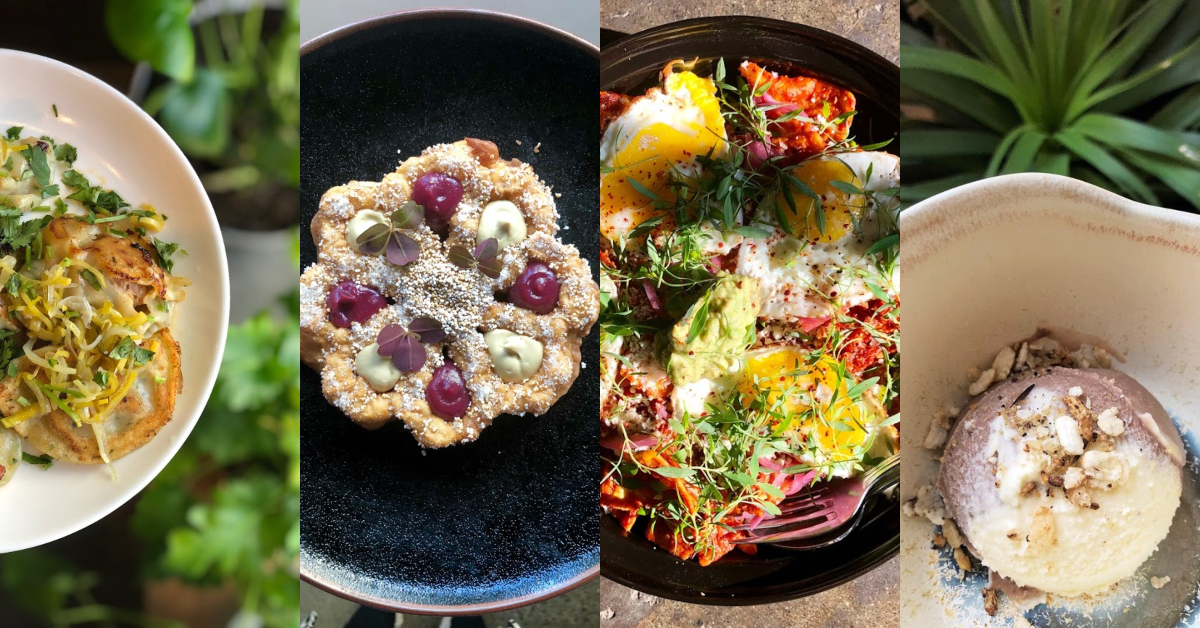 Ask a bunch of star chefs what motivates their methods of preparation and ways of maximizing flavor, and “waste” would not likely be the expected answer. Yet this was a recurring theme at Symrise’s Sponsored Roundtable of chefs, pastry chefs and mixologists deemed Rising Stars at StarChefs’ 2020 gathering in Seattle.

Brian Clevenger, Restaurateur and Chef of General Harvest Restaurants, talked about his time in European kitchens. Aside from focus and technique, he was most struck by the zero waste mindset he discovered there, leading to “a night and day difference (between Europe and the United States) in the utilization of things that would otherwise go to the garbage or compost.” As an example, he cited the use of abductor muscles from fresh scallops in France, where he says they’re pushed through a tami, poached, and then wrapped in something. “It’s the transformation of an overlooked object into something amazing,” he exclaimed.

Taylor Thornhill, Chef at Bateau, also learned about maximum utilization in Europe—specifically Spain and France—and brought that concept home to his forward-thinking steakhouse, where he buys full carcasses of beef every week. It’s the main protein, he explained, so he’s charged with the challenge of exploring possibilities to create dishes from the whole beast, particularly for his five-course tasting menus. He finds joy in the challenge. “Using products not at their prime and turning them into something that deserves reverence showcases our ability to transform ingredients,” he said. Fermentation features prominently on his menus, though you might not see explicit mention of it on the menu.

For example, Thornhill deliberately grows mold on pearl barley to make koji. He then uses beef scraps that were destined for the compost bin to make a brine and adds koji to it, ultimately breaking down the protein to create amino acids that register as umami. The result is an intensely salty sauce that he eventually uses to season raw pieces of beef; this, he says, “closes the loop on using raw product we already have in-house and putting it to use through process and getting something completely and totally different at the end, then using that with the original product.”

Fermentation as preservation came up regularly on the panel. Crystal Chiu, Pastry Chef at Canlis, talked about moving to Seattle in 2019 just in time for cherry season. While she instinctively wanted to use them fresh, she took advantage of their seasonal abundance, lacto-fermenting the cherries to avoid waste and to prolong their usability. Similarly, Chef Ricardo Valdez of El Xolo and Raiz talked about supporting a favorite farmer by buying carrot seconds. Perfectly useable, he combines them with fermented habaneros to create a unique, bright salsa. He salvages the scraps of many other chili peppers, fermenting them as the basis of a variety of salsas. Meanwhile, he dehydrates saved lime rinds to put into braises to intensify flavor. “We don’t specifically do it to preach that we aren’t wasting—though it’s the core of it,” Valdez remarked, adding “but selfishly we do it to get more flavor.”

A question arose about the role of chefs as educators in terms of reducing food waste. Some, like Thornhill, have offered educational events like fermentation classes. Even without professional tools and a lot of time, it’s easy to ferment at home, he said, using a simple saltwater brine. “Add food scraps to a jar, salt by weight, cap it off and burp if necessary, and at the end of the week you have a sauerkraut of sorts,” he said. All agreed that these efforts are both economical and environmental.

Meanwhile, Clevenger suggested eliminating the use of the word waste, as he doesn’t want to give the impression that chefs are taking garbage and doing something with it. Instead, he considers usage as “just another application of the original product and actually doing something delicious.” For example, when he gets a whole salmon, he uses the belly, the collar, and the scrapings of the carcass as well as the fillets. Americans, he said, can learn from other countries to incorporate all parts of a product naturally. “Just make it something you do,” he beckoned.