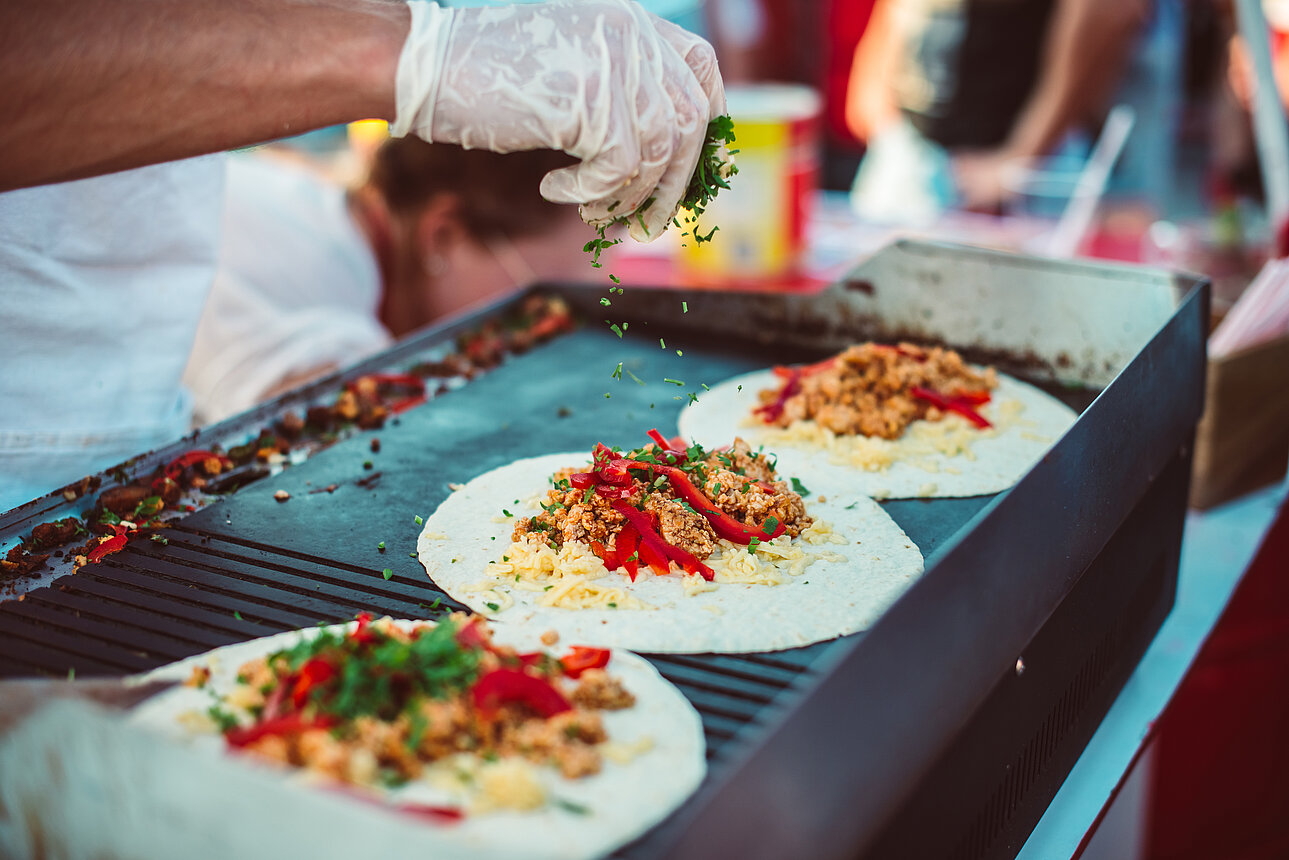 You don’t have to go far to find delectable and affordable street food. In America, hot dog and pretzel stands are almost iconic. However, different countries have very different ideas about what qualifies as the tastiest fare sold on the street.

With a range of savory and sweet options to explore from African, Asian, European, and South American nations, you’ll have no trouble getting ideas for your own menu, whether you run a restaurant, food truck, or street cart.

Street tacos have gone far beyond their Mexican roots and can now be found in countries across the globe, but there’s nothing quite like the original. Falling into a class of street food known in Mexico as antojitos, or snacks, these tiny tacos are meant to be a small meal rather than lunch or dinner.

With tons of variations featuring cooked meats, veggies, fruits, salsas, and sauces, there’s something for everyone with this versatile and prevalent street food.

Asian nations are known for their foodie cultures, and in Vietnam, pho is among the most popular street foods you’ll find. A soup consisting of hot broth, rice noodles, and a variety of thinly-sliced meats, vegetables, herbs, sauces, and other toppings, Pho isn’t exactly the finger food many cultures might expect when discussing street food.

However, this hearty dish abounds in restaurants and street stalls across Vietnam, with mix-and-match options that make it incredibly customizable. 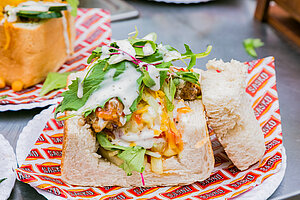 Commonly referred to simply as bunny, this interesting street-food staple of South Africa is something of a cultural melting pot. It features a hollowed-out square (or sometimes round) loaf of white bread (think bread bowl) filled with curry.

Rumor has it the dish came about because Indian immigrants from the bania caste couldn’t find an alternative to white bread to pair with their curries. The name “bunny” is thought to be a derivation of bania.

This aptly named snack is a popular street food in China, despite its telltale, pungent aroma.

Made from fried bean curd that’s crunchy on the outside and soft on the inside, this dish is sometimes fermented with brine and other ingredients for months at a time, creating an incredibly flavorful and surprisingly delicious savory snack. It’s often paired with spicy sauces to create a more exciting flavor profile.

Jamaican jerk chicken is a popular dish worldwide, but the native street food version can’t be beaten for outstanding flavor and heat. Meat is punctured and marinated with ingredients like garlic, onion, cumin, smoked paprika, allspice, nutmeg, cinnamon, and brown sugar, making for a juicy final product, although some swear by dry rub.

Notably, jerk seasoning tends to feature a hot pepper like the Scotch bonnet. With a Scoville rating of 100,000 to 350,000, this pepper could be up to 40 times hotter than a jalapeño, giving jerk chicken a distinctive flavor and spicy appeal.

Not all street foods are of the savory variety. Several countries and cultures are keen on sweeter fare as well. Peru, which is renowned for the incredible variety of fresh produce in the diet, offers up chifle.

This simple dish consists of thinly sliced green plantains fried to crunchy chips, and it’s among the most popular finger foods. The street variety is often paired with shredded, dried, and salted meat called charqui. Many South American and Latin American countries have their own version of fried plantains. 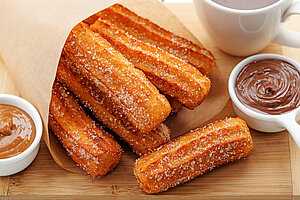 It’s hard to imagine a better sweet street food than churros, Spanish pastry sticks that are deep fried and rolled in cinnamon sugar to create a dessert that’s crispy outside and soft inside. They often come with dipping sauces, particularly melted chocolate, although they may be flavored, filled, and dipped in various ways.

By now, your mouth is probably watering, and the same will be true for your customers when you add street food favorites from around the world to your menu or modify them for your purposes.