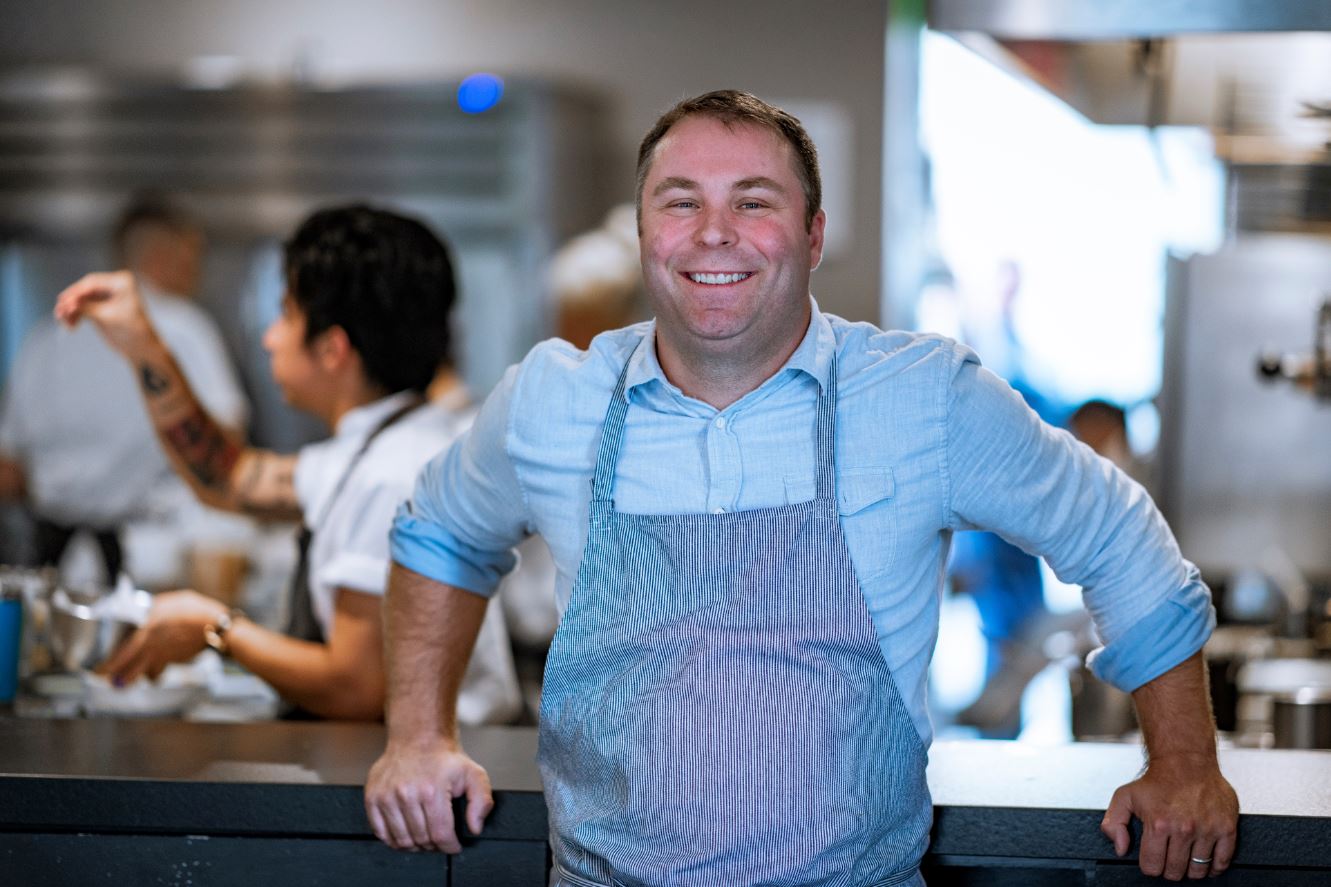 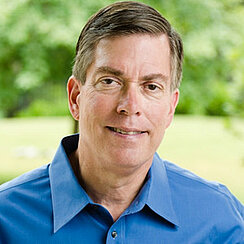 Four hundred cookbooks. That’s how many Michael Fojtasek personally owns. Some are in the dining room of his Austin restaurant, Olamaie. Others are in Olamaie’s office. Still another portion are in his home.

And he’s still looking for more. “I have a collector’s mentality,” he said.

Among his favorites, “The Taste of Country Cooking” signed by legendary Southern cook Edna Lewis, “Cross Creek Cookery” by Marjorie Kinnan Rawling, and “Housekeeping in Old Virginia” by Marion Cabell Tyree. He loves ones that are rare and out of print. He also loves the new ones that are being published now. And, since his restaurant is heavily involved in the Texas Book Festival held in Austin each year, he’s big into hosting Cookbook Dinners at Olamaie. In the past such meals have included Marcus Samuelsson, Gail Simmons and Matt Jennings.

“The books,” he said, “Become a platform to collaborate with other chefs.”

And to think it almost didn’t happen.

Though food had always been a passion of his – it was front and center of his family’s life thanks, in part, to his mother, his grandmother and her mother (and so on) who were big into Southern cooking – the Dallas native never thought it could be a career.

In fact, he worked in sales for the Texas Rangers and even for a small record label in Austin until one day, when he was between jobs, a friend, then a general manager at a restaurant, asked him to come work there. “I always like entertaining and cooking for friends – and he knew that,” said Fojtasek.

Two hours later his fate was sealed. “It didn’t take long for me to realize this is what I wanted to do.”

In his almost 12 months at Fino Restaurant in Austin, he did everything, from prep cook to working the line before moving onto fine-dining at Abacus in Dallas and eventually training at The Culinary Institute of America, Greystone. Through his CIA experience, he landed an externship in New York City at Thomas Keller's Per Se. He also worked in the gardens at The French Laundry.

Post-graduation, he headed back to Manhattan to work for Jonathan Benno at Lincoln Ristorante and then switched coasts to cook at Jon Shook and Vinny Dotolo’s Son of a Gun in Los Angeles, where he rose to sous chef.

Though he cooked according to each restaurant’s mission, the South and his love for Southern cooking always brewed beneath the surface.

Which is why, in 2014, he opened Olamaie, drawing on the flavors of his childhood, in particular, his mother’s cooking. The restaurant, named a James Beard semifinalist for “Best New Restaurant” in 2015, bears her name. The mission of Olamaie is simply put on its website: “Five generations of Southern food.”

It should be noted, too, that in 2018 Fojtasek was named a James Beard Foundation Best Chef: Southwest Finalist, a 2015 Food & Wine “Best New Chef, as well as “Rising Star” from StarChefs.

Olamaie’s menu is built on the ethos Lewis preaches in her book – that of local food bursting with seasonal delights: the first shad of spring, the garden-ripe vegetables at the peak of flavor come summer, the harvest of fall and the hearty dishes of winter.

RELATED: The Simplicity Of 3 Ingredients With Chef Jonathan Kallini

Many of the cookbooks Fojtasek is drawn to, in fact, offer a window into an era of ingredients and techniques that up until recently were lost. “I’d say within the last l0 years we’ve seen a real return to methods and techniques that are old and so what we’re doing is a kind of this rebirth of old,” he said.

“’Housekeeping in Old Virginia,’ for example, really references and shows you how the stuff we’re doing today – working with farmers and the food of each season – has been going on for a really long time.”

As much as he loves his cookbooks, he said these days it’s less about taking their ideas and more about being creative with what he and his team find at the farmer’s market. “I’ve always told the growers to do what they do best and we’ll play off them,” explained Fojtasek.

On Olamaie’s poetic-sounding menu, which lets you know up front that items are “subject to change due to seasonality and market availability,” diners will find Crab & Sunflower Salad, with tomato aspic, cucumber, and sorrel or Carolina Gold Rice Hush Puppies with country ham, spring onion dip, and aigre doux. Other items include Hoppin’ John, Sea Island red peas, smoky likker, and a soft-boiled egg and Dewberry Hills Farm Chicken with succotash, sungold butter, and chicken jus.

Biscuits, listed on the website, are a whole other category and, if you want more than a dozen to go, you have to order them 48 hours in advance (less than a dozen are ready anytime). Fojtasek said he knew when he opened Olamaie that he’d be doing Southern cooking in a non-typical way and present classic flavors that may not seem familiar. Which is why it was of utmost importance to do something that was easily understood.

“I’ve always been passionate about biscuits,” he said. “So, they, to me, served as the bridge between a modern restaurant approach and Old School methods." In fact, he said, if you read reviews of his restaurant, people will unilaterally agree that the biscuits, which are made by hand, are one-of-a-kind.

“There are some tricks and techniques in there,” he said without revealing any secrets. “But basically, they’re just butter and buttermilk.” (He did say the ingredients are kept as cold as possible).

His “Modern Southern” approach extends to his favorite ingredient of all – beef. “I grew up in Texas,” he said. “Beef has always been a big part of what my family cooked.” Naturally, at Olamaie, he only serves Texas beef. And he prefers cooking it with salt, ideally Jacobsen Salt (from Portland, OR).

As for his favorite places to eat in Austin (when he’s not at his restaurant), he said he gravitates toward Bufalina for pizza, Contigo for Texas-style food and June’s All Day, where the owner is a master sommelier and offers café food that complements the wine list.

Lately, though, dinner has been some form of salad as he trains for the New York Marathon in November 2018.

And while running is on his mind when Symrise spoke to him in late July, cookbooks are also never far from his thoughts. Said Fojtasek: “There’s this woman in New York named Bonnie Slotnick with a store on East Second Street that specializes in rare and out of print cookbooks and I’m sure I’ll stop by and see her when I'm there."

After all, there’s always room for more in his collection.