How can we better link a respectful hospitality community with exceptional food and drink?

That question flew around the Brooklyn Expo Center in Greenpoint, Brooklyn October 21-23 throughout the 2018 StarChefs International Chefs Congress (ICC).

In her opening address, StarChefs CEO and Editor-In-Chief Antoinette Bruno claimed the theme, Cooking With Respect: Better People, Better Food, one a long time overdue. In light of recent chefs passings and awakening from multiple social movements, “there are some hard conversations that we need to have,” Bruno challenged the international crowd of chefs, managers, owners, and product suppliers. “And the Congress is the place to do it.”

In a panel discussion on nurturing the physical and mental health of those in the hospitality community with chefs Jason Alley, Jeremy Fox, Matt Jennings, and Elise Kornack, moderator Sunny Anderson pointed out that “this business will treat you like you’re not human—we have a career field where people know that you work your tails off, and miss holidays, and the important things that take care of yourself as a human, just a lot of life.” Discussing A Path Forward: Women in the Kitchen, moderator Kerry Diamond of Cherry Bombe magazine pointed out, “I think everybody would be more comfortable if panels like these moving forward started to be called ‘Everyone in the Kitchen.’ I think that’s what we’d all like to see.”

In How to Build a Zero-Waste Pantry, Chefs Kevin Fink, Page Pressley, and Tavel Bristol-Joseph of Emmer & Rye detailed how dedication to a zero-waste kitchen means they no longer stress storage or take inventory, and that respecting whole ingredients via aging, curing, and preserving adds unique layers of flavor to their food. On business panels The Confidence to Charge for Immigrant Cuisine and How to Hire for Diversity, StarChefs’ Eddie Velazquez’s pressed that “you have to look outside of traditional hiring outlets—to have a diverse staff you have to hire a diverse staff.” Hands-on workshops into new Korean, Middle Eastern, Spanish, and Sioux cuisines balanced the deep-dives into caviar, pastry construction, and Amaro.

But how does greater respect for human well-being and ingredients affect flavor and ingredient trends? What were Congress attendees eating and drinking throughout the 13th annual event? The StarChefs team may have replaced their Trends Report with a Respect Report. But here’s where the collective top trends were seen simmering. 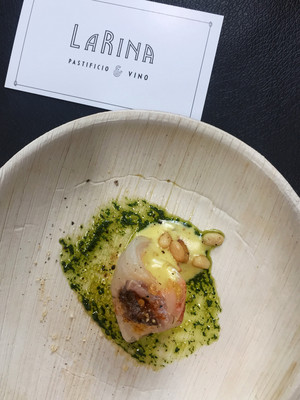 1. Vegetable Versatility, Tapped: Vegetables have pushed meat out of the spotlight. Coupling a focus on healthier eating, mindful spending, zero waste, and local ingredients, chefs are letting vegetables and shine and animal products do the accenting. In their Tear & Share Roti demonstration, Chefs Stuart Brioza and Nicole Krasinski featured funky black truffles and sweet sunchokes and then sliced matsutake mushrooms layered with grated parmesan and pine nuts. La Grenouillère’s Alexandre Gauthier applied his modern French style to capture the striking green of cappers in a plate of gnocchi with chlorophyll beurre blanc. Silva Barban of LaRina Pastificio & Vino in Brooklyn slow-cooked a Cipollini onion in vinegar until it had the sweetness of an apple, then topped with caramelized anchovies to complement it. Of the various mushrooms showcased in his herbed tamal dish, Brian Enyart of Chicago’s Dos Urban Cantina noted that “vegetables are more much more versatile than we’ve ever given them credit for.”

3. Body-Friendly Adult Beverages: Chefs practicing sobriety and vegetable-focused diets have crossed into adult beverage, where alcohol must be friendly to food and digestion. Cordials, young wines, and brandies help foster alcohol and food digestion. Savory ingredients in cocktails like tomato, cucumber, wasabi, and microgreens lighten both sugar and alcohol content. Cory Bonfiglio of Brooklyn’s Beer Street notes how the food-friendly nature of sour beer has increased consumer interest exponentially over the last five years. And last year’s low-alcohol cocktails have shifted into an entirely “spirit-free” zone. “We anticipate seeing this on menus across the country so that people feel welcome when they order at the table or the bar,” said Velazquez. 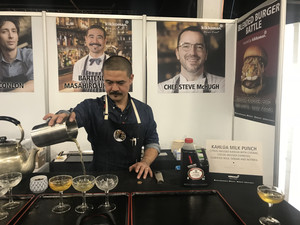 4. Asia Everywhere: What food and flavor trends will chefs be talking about two years from now? “Go to Japan,” said Chef Naomi Pomeroy. “Matcha will still be trending,” added mixologist Pam Wiznitzer. Chefs regularly infuse kombu into broths and sprinkle it on dishes to highlight savory mushrooms and sweet chocolate. Yuzu and Sancho chili were also seen in the Valrhona C3 Final chocolate competition, contrasting the white and dark chocolate requirements. Korean soju and Japanese shochu play prominently in cocktails. And Masa Urushido of New York’s Katana Kitten uses tamari in cocktails for salinity and to highlight other rich flavors like coffee and spice—he described it as “more old-fashioned and with a bolder flavor” than standard soy sauce.

5. Indigenous Mexican and North American Cuisine: Though not yet widely available, chefs are curious about and wanting to page homage to indigenous ingredients and techniques of Mexican-American and Native American chefs and cuisines. Chefs Gabe Erales and Ray Garcia stressed the importance of acquiring heirloom corn for the nixtamalization of masa. Chef Sean Sherman (The Sioux Chef) featured puffed wild rice, sorrel, and prickly ash berries in his demonstratory duck and sunchoke dish. Chef Fiore Tedesco highlighted the indigenous Mexican papalo herb as “a pretty magical tool” for dishes that need “a different way to move food through to the top palate.” Of highlighting this community, StarChefs’ Evan Leventhal noted in the Respect Report, “The platform is overdue, and we’re listening.” 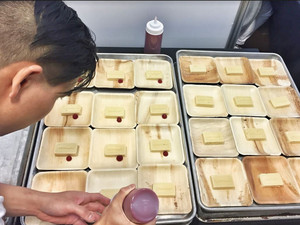 6. Tuberous Sweets: Chefs are utilizing natural sugars inherent in savory ingredients to bring new flavor profiles to sweet applications. Vince Nguyen of Berlu in Portland, OR caramelized standard yellow onions before incorporating them into ice cream. Valrhona C3 International Final competitor Mina Pizarro presented a celery sorbet in her pre-dessert. In his workshop, Joey Ward of Gunshow stressed vegetables help when “you want something savory to balance the sweetness” of traditional desserts—he regularly uses cauliflower, rutabaga, and celery root in mousse and flan bases to “flip it and reverse” savory and pastry techniques. And Chef Erin Kanagy-Loux presses that while she loves briny black olives in ice cream, she expects olive oil to become a more common savory element in desserts across the board.

7. Fermented, Foul, and Funky: “I'm just guessing the next thing Americans are going to be comfortable with is funk,” said Chef Naomi Pomeroy. “The taste of fermentation—if it smells like it's rotten, then it's delicious!” Sour beers and naturally fermented, young, orange wines increasingly engage customer attention and demand tap space. The same goes with in-house preservation and funkier fermented foodstuffs: Jeremy Umansky of Larder used koji to quick-cure veal and inoculate vegetable charcuterie. Chefs apply fish sauce as regularly as they do soy and make both sour, salty kimchi and fermented hot sauces in-house, building what Chef Steve McHugh of San Antonio’s Cured called a “powerful flavor pack” while preserving peak-season produce for year-round application.

8. Fabulous Aquafaba: The viscous cooking water left over from chickpeas, aquafaba is an increasingly common zero-waste replacement for eggs in pastry applications and an emulsifier in savory sauces. Chef Anna Fitting of A La Minuit swapped in aquafaba as an aerating element in semifreddo to replace egg white meringue, noting how she prizes its neutral flavor and versatility in application. Attendees voted Fora Foods’ dairy-free butter as the most innovative product at the Congress: founder Aidan Altman said the aquafaba keeps the coconut base consistently unbreakable through cooking and baking applications. 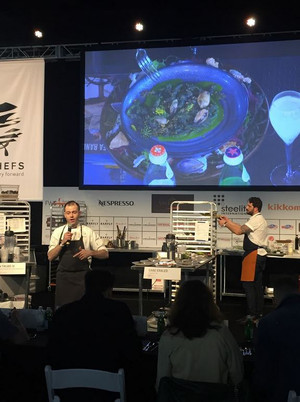 9. Local Trumps Traditional: Respecting flavor means pushing the curve with hyper-local ingredients rather than honoring tradition. Three French chefs at the Valrhona C3 Competition included cinnamon in their chocolate desserts—an unusual spice for the cuisine, they claimed to honor the Brooklyn setting and season. Cocktails garnished with local microgreens, marigolds, and carnival amaranth instead of fruit. Of finding unique ways to forage for and preserve hyper-local herbs and citrus, food writer and recipe developer Ted Lee noted experimenting with vinegar and alcohol preservation.

“Home cooks are getting more educated, which holds us professionals to a next-level standard,” said Chicago Chef Leonard Hollander of digging deeper into more local, healthier, and cost-effective ingredients. “That is why so many of us, outside of loving the craft, get obsessed—it’s our job to create the curve.”

Hungry For More Trends? Subscribe To The Weekly In-Sight Newsletter!

Beyond the Plate Good Libations Sweet Talk
❤12
back