What Are Top Chefs, Mixologists and Pastry Chefs Talking About?

A Look Into Symrise's Roundtable at StarChefs Congress 2019

The StarChefs’ 2019 International Chefs Congress (ICC) was an opportunity not only to see and taste what the best chefs, pastry chefs, and mixologists from around the world have to offer, but an opportunity to strike an in-depth conversation with them about how they think about food. With that in mind, Symrise made sure to take advantage of the brilliant culinary minds in the room and pick their brain with a roundtable discussion.

Don't miss the next article in our StarChefs Congress series, subscribe to In-sight!

Things kicked off with an essential talking point for all Symrise roundtable conversations: innovation. Where do these food experts find the inspiration for their new ideas? Keeping in theme with this year’s ICC, building foundations and mastering the basics are fundamental according to the chefs. “We, as chefs, we go in the business because we love what we do and we love cooking,” Chef Gabriel Kreuther said. “But, we also believe that before innovation and creating your own dishes that you have to truly understand techniques and basics so that innovation, later on, makes sense and is also tasty and not just a pile of stuff together.” 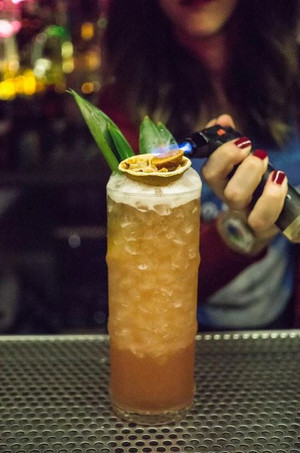 Mea Leech echoed these sentiments saying, “You have to understand the basics of flavor profiles and the building blocks of cocktails, how you balance a cocktail.” She continued, “Essentially, a classic cocktail is sugar, bitter, water, and spirit. So if you have those four ingredients, the world is your oyster from there.”

With her mastery, Leech is able to play around with uniquely Puerto Rican ingredients, such as the Ruta herb (also known as Rue), which she describes as having “an acidity to it.”

When it comes to creating new dishes to put on the menu, Kreuther mentioned four main approaches to innovation: 1) Childhood memories, 2) focus groups with his chefs, 3) an idea in your head that you have to put on paper, and 4) conversations with customers.

At Café Boulud, pastry chef Shaun Velez said that they definitely use childhood memories as a base for desserts. He said, “I like the whole thought and the idea of the guests sitting down and ordering something because this is what [they had in their] childhood, and as they're staring at it, wondering, 'What is this? This is not what I had.' But after taking that first bite, all those memories, all those flavors are coming back. It looks slightly different. It's not exactly what your mother or your father made for you, but it has that foundation.”

Chef Jamie Bissonette, who with his business partner Chef Ken Oringer has expanded Toro to a couple of international locations, said that having their location in Thailand definitely challenged their creativity. They initially thought that they simply had to take the same recipes from their Boston and New York locations, and modify them by using local Thai ingredients. “The only ingredients that we imported into the country that we really needed to have was a Spanish olive oil, Calasparra rice for paella, and Spanish ham,” Bissonette recalled. “Other than that, we thought, 'Okay, we're just going to do our Spanish tapas with whatever local things we can find.' We don't need to have Cabaneros from Galithia, we can get river prawns from downtown Bangkok and see how that worked.” 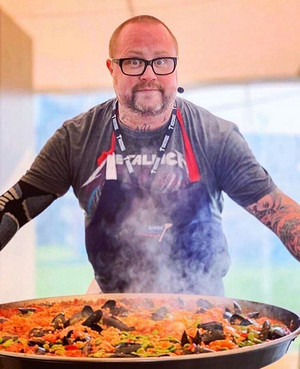 However, the reception from their clientele was, according to the chef, “difficult.” “A lot of the Thai people in our neighborhood didn't understand why we were taking Thai ingredients and, in their words, 'messing them up,'” Bissonette laughed. “We realized we needed to add flavors that they wanted, but we didn't want to just do a knockoff Spanish-Thai fusion.” So with the help of discussions and the diverse palates within the Toro Thailand team — including servers from the Philippines — they were able to figure out a way to use Thai ingredients in dishes with a Spanish sentiment, like their green curry sweetbreads with cornflakes.

Chef Jonathan Benno argued that, “Sometimes, execution can take the place of innovation — for some things, not all things.” This is true for his restaurant Leonelli Taberna, which is a much more casual Italian trattoria compared to his fine dining restaurant Benno. There, it’s all about cooking classics like the eggplant parmigiano well. “They want sustenance, convenience, for a lot of people it’s efficiency.”

When it came to talking about ingredients, Benno emphasizes the importance of traveling and chefs educating themselves by exploring the world’s cuisines. “Travels open your eyes to the quality of ingredients, and use them intelligently and respectfully,” he said. The whole panel agreed, with Bissonette pointing out that in his travels he discovered amazing ingredients such as the white pepper in Asia, fresh pandan, burdock tea, and saffron from Iraq — which is mind-blowingly different from the saffron typically used in the U.S. Velez said that Moroccan flavors are currently something he’s playing with at Café Boulud, especially ingredients such as spice mix Ras El Hanout and sweet dates. 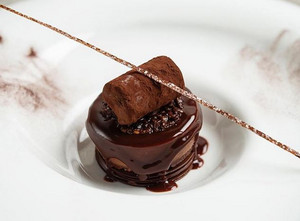 For cocktails, Leech said that the color-changing magic of butterfly pea flowers is something that her customers enjoy. Meanwhile, Kreuther’s kitchen is experimenting with jackfruit, pickling, and different dried peppers from Mexico. At Kreuther Handcrafted Chocolate, the chef said that he always looks for deeper flavors with layers, and so he’s created unique confections like his chocolate with black rice from China.

The discussion closed with questions being opened up to the audience. An audience member asked the question: What do customers respond to? “I think we’ve come very far, and the pendulum is coming back somewhere in the middle,” responded Kreuther. “For a while, it was more shocking stuff. How can you shock the most without considering taste?” However, as the chef emphasizes, there’s nothing wrong with shocking experimental things like molecular gastronomy. Reiterating the theme of the conference, “It comes down to really understanding the foundation.”