The appetite for chili and chili sauce has taken a giant leap from the comment made by J. C. Clopper, a Houston resident, after a visit to San Antonio in 1820. He referred to chili as a poor family’s “kind of hash with nearly as many peppers as there are pieces of meat… all stewed together.” By the 1880s, outdoor stands selling chili began to appear in San Antonio’s Military Plaza. At these stands, “Chili Queens” vied to sell their own chili blends to customers who came from nearby prairies. At the La Plaza del Chile con Carne, cattle drivers, attracted to both the sellers and the chili dishes, stopped by and then returned to different areas in the southwest to adapt their own ingredients to the recipes they sampled. By the dawn of the 20th century, the combination of ingredients like chili peppers, olive oil and garlic were gaining wider appeal as “Tex Mex” chili.

Seeing this success, businessman William Gebhardt marketed chili powder for the varied adaptations of Chile con Carne, which Mexicans denied as an authentic native dish. The introduction of Chili as a store-bought powder coincides with the beginning of food processing innovations, which included Latino products such as Clemente Jacques’ line of canned chili from Mexico and chili products from. U.S. companies like La Victoria Packing Company.

A notable rise in the sale of chili type products came with the growing influence of Puerto Ricans, who began migrating to the mainland soon after they attained citizenship in 1917. Through the decades that followed, Latino immigration from Mexico, Cuba, and South American and Latin American countries increased. A significant, steadily growing Latino influx really made an impact starting in the 1950s according to “Hispanics in the United States, 1850-1990”, researched by Latin American Studies. But in 1964, awareness and interest in Latino food, with its obligatory chili and chili sauce items, was really on the upswing, evident when Del Taco appeared in Yermo, California. Probably the first “Tex Mex” chain restaurant to come on the scene, it ranked 11th among the top 15 chains in the category as tabulated by The Daily Meal in 2014. Participants in the study chose their favorite chains according to a variety of menu options such as best rice and beans, and use of fresh ingredients. Chipotle leads the roster, followed by Baja Fresh, Qdoba, On the Boarder, Taco Bell, El Pollo Loco, Wahoo’s Fish Tacos, Chevy’s Fresh Mex, Chuy’s Del Taco, Chili’s, El Torito, Taco Cabana, Pappasito’s Cantina. These chains opened their doors from the 1970s through the 1990s.

With the consumption of these foods came the discernment of the differences in various chili flavors. The recognition of jalapeño was followed by familiarity with chipotle and more recently with habanero. 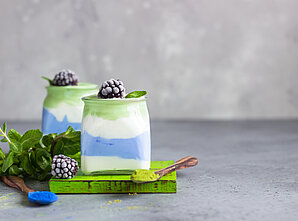 As Chef Roberto Santibañez explains, the potential of the chili market continues to explode. “People are using more chilies and they are able to pick up on different flavors of chilies. There are probably three varieties of chilies you can find in U.S. markets. We have hundreds of these and that’s the fascinating thing. Chef Adolfo Garcia notes, “Sweet or hot, distinctive varieties of peppers are making their way into a wide variety of dishes that are indigenous to different Latin countries that are waiting to be further explored.”

To forecast what’s coming next, Symrise flavor experts relied on research that focused on how chili tastes have evolved over the years. It’s believed that the following chili varieties - from mild to medium hot to full flavored hotness - will soon be on the horizon and consumers will be looking for them on package labels.

Amarillo, aka Aji Amarillo – A favorite in Peruvian cuisine, this fruit matures to deep yellow from its initial green coloring. It has a distinctive taste and is medium to hot heat.

Arbol – This potently hot Mexican chili pepper is available in fresh, dry or powder form. To tone down the hotness of this bright red pepper, its seeds and arches can be removed.

Chilaca – This mild to medium hot narrow pepper has a curvy, somewhat twisted shape. When fully mature, it is dark green or dark brown. It is available in specialty stores and can be found fresh at farmers and outdoor markets.

Guajillo – Sometimes used to make the salsa for tamales, this pepper is relatively mild in flavor. It is produced by drying mirasol chili and is distinguished by its green tea flavor with berry overtones.

Pasilla – As the dried form of the Chilaca chili, these chilies are sold whole or powdered. It has a rich, mild to medium hot flavor with berry, raisin and cocoa overtones. It is widely used in sauces.

From its early introduction in the southwest United States, chilies have evolved as a staple in the Latino menu and have increasingly captured the appetites of mainstream consumers from coast to coast. From mild to slightly hot to pleasing those who can’t quite get them hot enough, chilies hold a permanent place in the spices that consumers are craving.

For more information on chilis and other Latin flavors, CLICK HERE to subscribe to the in-sight newsletter

Beyond the Plate
❤6
back