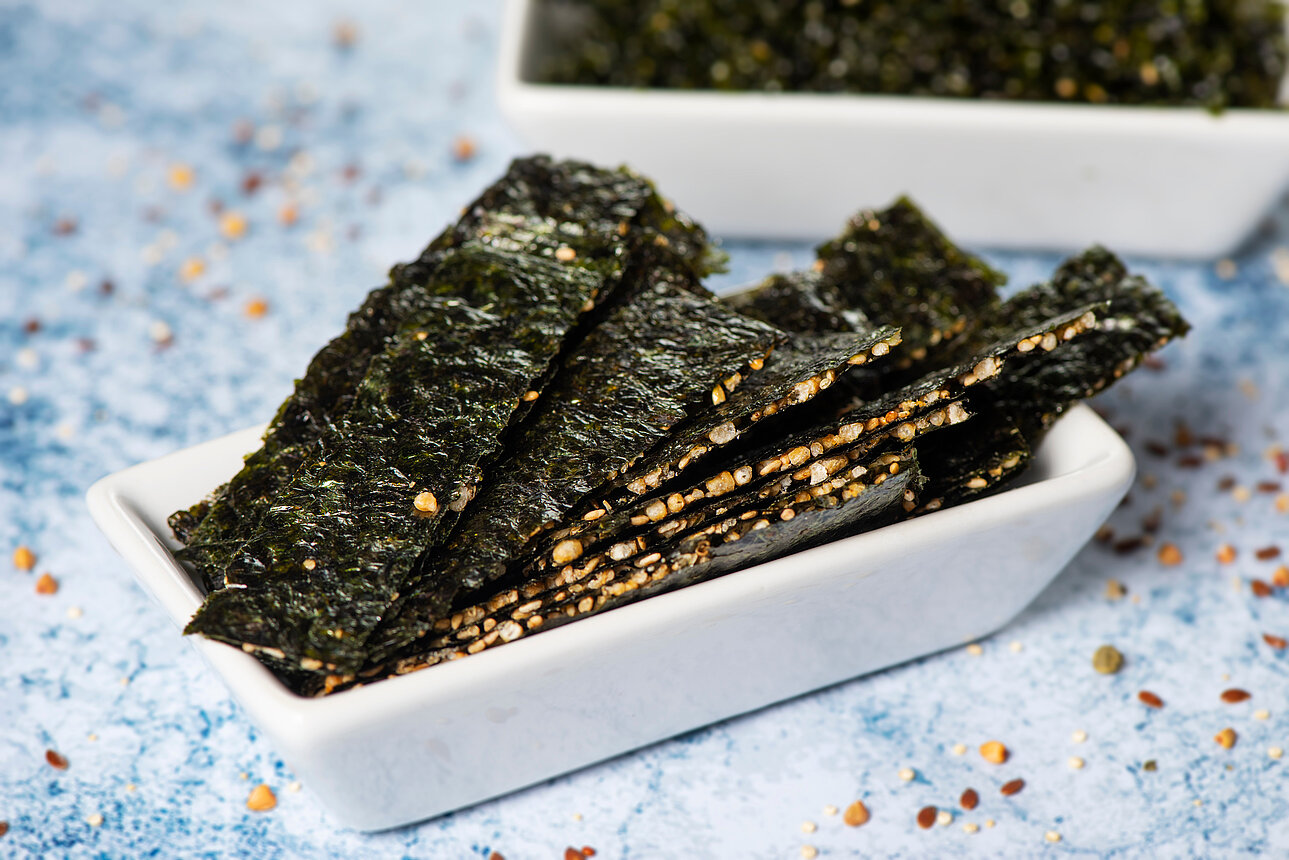 Foodie cultures abound globally, but Asian and Latin American nations are particularly renowned for the incredible variety of sweet and savory snacks they produce.

While tastes vary from country to country, several fantastic snacking options have spread to neighboring regions and even gained interest in other areas of the globe, including the U.S.

Whether you’re interested in working new international flavor profiles into your restaurant menu, thinking about producing your own take on overseas snacks for an American marketplace, or want to innovate in other markets, here are just a few of the popular snacks in Asian and Latin American countries that should be on your radar.

Rice crackers are a snacking staple in many Asian countries, and they’ve recently started gaining popularity in America, with so many consumers seeking gluten-free alternatives. Seaweed rice crackers, sold alone or as part of many Asian snack mixes, feature a lovely brine that adds tons of flavor to plain rice crackers.

The simple flavors pair with all kinds of sauces and dips, not to mention sweet counterpoints like dried fruit. Because they’re so light, seaweed rice crackers are a great complement to more filling fare like meats and cheeses. Thanks to infused seaweed bits, they’re also incredibly tasty alone.

This traditional Chinese pastry is an ancient snack that dates all the way back to the Qing dynasty. A flour and egg batter is fried in melted sugar syrup, honey, and cream to create a crispy yet fluffy treat.

In other regions, variations may be chewy and could be sprinkled with dried coconut, sesame seeds, or dried fruit like raisins. Lightly sweet, this snack looks similar to Rice Krispies treats but with a slightly different flavor and texture.

This American snack traditionally features a combination of wafers and milk chocolate, but in a bid to expand into the Japanese market, The Hershey Company went above and beyond to appeal to local taste preferences.

Options like Green Tea, Matcha Latte, Peach, Purple Sweet Potato, Wasabi, and more have been a hit, not only in Asian countries but stateside as well.

These crunchy Mexican snack chips are made from rolled corn and designed to mimic taquitos. However, they’re known for intense flavors, including several hot, spicy varieties that serve as a Latin American competitor to Flaming Hot Cheetos.

Flagship flavor Fuego is consistently listed as the most popular and beloved, likely because of the balance it strikes between heat and flavor. Nitro turns up the heat a bit with habanero while adding distinctive lime and smoke profiles, and the Guacamole flavor offers a milder combination of jalapeño, avocado, tomato, and cilantro that many describe as fresh in comparison to hotter varieties.

Gummies are a favorite snack of consumers in cultures across the globe, including both Asian and Latin American countries. This Chilean sweet is made from real fruit juice, such as apple, orange, grape, and strawberry, with minimal added sugars, preserving the authentic fruit flavor.

You’d be hard-pressed to find a Brazilian who doesn’t know and love pastel, a stuffed and deep-fried pastry that’s essentially a hand pie. Savory versions are commonly stuffed with seafood, meat, or cheese, while sweet iterations may feature jam, fruit, or chocolate.

Incredibly, common lore holds that pastel evolved from traditional Chinese spring rolls, which Japanese immigrants to Brazil adapted to appeal more to local consumers. In short, it may be the perfect, versatile crossover between Asian and Latin American snacks.

Learning about popular snacks from other regions can not only help American chefs and food manufacturers expand into other markets but modify cuisine to introduce new flavors to local consumers.