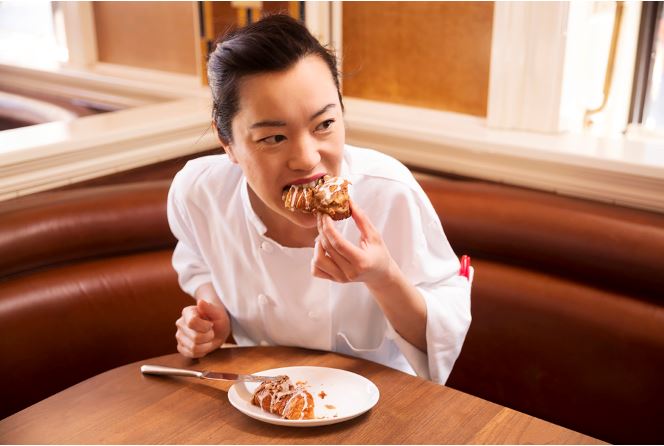 There’s a lot to say about Jennifer Yee. The revered pastry chef has her own Wikipedia page as well as a robust website that details her many accolades.

In a nutshell: She’s the pastry lead for the Atlanta-based Resurgens Hospitality Group, overseeing Restaurant Eugene, Holeman and Finch Public House, C. Ellet's and more. Before moving to Georgia, she was the opening pastry chef at The Grill in New York City, headed by Major Food Group. Yee also trained in the U.K. at London’s Le Cordon Bleu where her European experience includes stints at Gordon Ramsay’s Menu at The Connaught followed by a position at Yauatcha in Soho.

In the U.S., where she returned in 2006, she was a sous chef at Gilt inside Madison Avenue’s Palace Hotel where she became known for her fanciful chocolates and whimsical creations. She continued to work for a series of top chefs when, in 2010, she became Charlie Palmer’s pastry chef at Aureole and later worked for the two-Michelin-starred SHO Shaun Hergatt. While at Auerole she was named a Rising Pastry Chef by StarChefs.

Yee is also a darling of the press having been featured in Food Arts, Food & Wine, Oprah Magazine and Saveur, among others. Symrise was lucky enough to score time with her and get details on her favorite ingredients, thoughts about alternative sugars and why she’s such a big lemon fan.

Symrise: Tell us why you're "loving the South," as it says on your Instagram bio, and what the pastry scene is like in Atlanta.
Jen Yee: I still work a lot but being able to hop in the car and get to a tranquil place really easily and quickly, was never really an option in NYC. My husband and I bought our first apartment and we're really feeling at home here now. I'm still getting to know the Atlanta pastry scene, but I definitely see talent here, which makes me believe that this city likes to eat sweets.

Symrise: How would you describe your pastry style?
Jen Yee: I'd say my dessert style is pretty natural. I like things to taste and look great, of course, but I'm also not into over constructing the plate. I like my cakes a little more whimsical and to display good technique and hopefully an element of surprise. 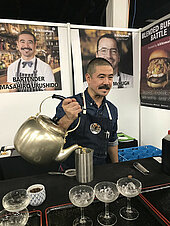 Symrise: What are some of your favorite ingredients to work with and why?
Jen Yee: Herbs and leaves have such beautiful, concentrated flavors and I love incorporating them in my sweets as much as I can. It often takes a slight hand when working with really aromatic ingredients, but that's the fun part about working with them… the balancing act. For example, peach leaves and fig leaves have distinctly different flavors from their fruit counterparts, but also very complimentary.

Symrise: You’ve mentioned alternative sugars in a blog post—is that something you like playing with?
Jen Yee: We use organic sugar to make all of our desserts at C. Ellet's and it makes a difference. Some of the natural molasses is still intact and just gives everything from cakes to jams a fuller flavor. I love the dark and rich flavor of coconut sugar, and it seems to work in most recipes that call for the standard white or brown sugar. Liquid sweeteners like honey, maple, cane and sorghum syrups, and so on take a little more trial and error because of the different moisture content, but I still enjoy the testing process.

Symrise: Any trends going on in the pastry world?
Jen Yee: I suppose I see trends all the time, so much so that I can't really keep up. I think, or at least I hope, that people are focusing on the "deliciousness" of pastry (and food in general) more. Contemporary plated desserts are looking much more austere, with very few components to a dish, which means the flavor of each component needs to shine. I appreciate that.

Symrise: Where do you get your inspiration?
Jen Yee: Inspiration can come from so many directions. Sometimes I seek out inspiration by going digital, but most of the time, I just allow myself to be open to possibilities. At Restaurant Eugene, our farmers and foragers will drop off produce, and that will basically determine what dessert is going to be that night or that week. If I'm confronted with a new or unusual ingredient, I might start by applying a familiar technique (like ice cream) to it and move forward that way. 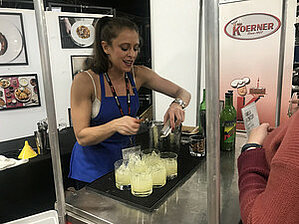 Symrise: So, what’s the deal with lemon? We saw you did a lemon drop float that was featured in Oprah Magazine and did a lemon chiffon cake at The Grill.
Jen Yee: I love all citrus. And I love its bracing sharpness after a meal. It's the refreshing quality about it that I enjoy eating. It also pairs well with almost everything. Some people over sweeten their citrus or lemon desserts, which defeats the beauty of why they're using it in the first place.

Symrise: After a long day at work, do you ever go home and whip up dessert?
Jen Yee: My husband actually has a big sweet tooth and he's always saying that he never gets to eat my desserts because I rarely bring them home. I don't really like to do a lot of dessert making at home, but I recently made him a microwave chocolate cake with one pot custard. It was great because he got dessert, and I had almost no dishes to clean!

Symrise: Where do you go for good desserts in Atlanta?
Jen Yee: I shamefully haven't gotten to get out into the Atlanta dining scene as much as I should. I do love the breakfast pastries at The Little Tart Bakeshop. The desserts at Donetto are simple and tasty, and I still haven't been to Tiny Lou's to try Claudia's desserts over there. [Claudia Martinez is the pastry chef.] I'd like to try Ford Fry's pastry chef, Chrysta Poulos' sweets. I enjoyed some lovely desserts at Better Half a few months ago. Also, the pies I've tried so far at Southern Baked have been delicious.

Symrise: What do you find gets the most likes on your Instagram?
Jen Yee: It's kind of a mixed bag, but I'm pretty sure it's whatever has the best lighting! Maybe second tier are the posts with quirkier ideas like the recent cookie butter stuffed blueberry leather.