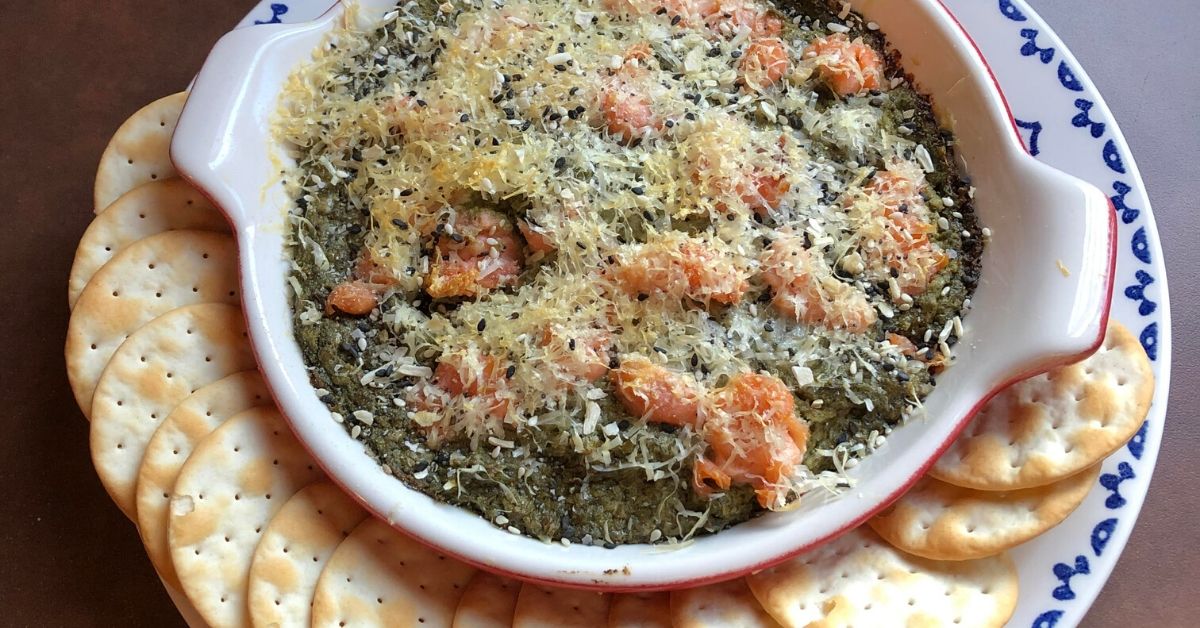 Before COVID-19, the Cleveland food scene was having a moment, with Chef Brett Sawyer’s Good Company and The Plum making notable marks on the city.

Although the restaurants had to close temporarily, Chef Sawyer explains in this current installment of our Symrise's Chefs at Home Series that he plans to carefully reopen, and he’s been able to find some silver linings despite the hardships. He also shares a creative twist on the Grilled Artichoke Dip With Spinach, Smoked Salmon & Everything Spice, which you can make at home for some comfort during these difficult times.

Symrise: What’s been happening with your restaurants during stay-at-home orders, and how do you think you’ll approach re-opening?

Chef Brett Sawyer: When we got the order to shut down in mid-March, we were not in a place to immediately pivot to a delivery and a pickup system. It wouldn’t have made sense for us financially. So our immediate thought was not “What would happen with the business?”, but it was "What's going to happen with our team?"

With so many restaurants closing, we focused on getting our team on unemployment as quickly as possible, because we knew that it was going to be a crazy situation. We found ways to get a hold of the unemployment offices for our employees, I called our state representative for our area numerous times, we applied for grants and ultimately got a Paycheck Protection Program loan.

In terms of reopening, that will happen in stages. The menu for Good Company, being burgers, fries and those kinds of things, generally lends itself to pickup and delivery much more than The Plum. So we started with takeout over Memorial Day at Good Company, and we’ll learn from this experience. Then we’re going to rewrite The Plum's menu into a more family-style and sandwiches menu to be more deliverable.

RELATED: Symrise’s North American Top 10 Flavor Trends for 2020 and Beyond

Symrise: What have you been doing at home while the restaurants were closed?

Chef Sawyer: I’ve been doing a lot of cooking, more than I was doing before the restaurants closed. I would also say one of the positives that came out of this is that I got to be with my daughter more, who just turned one. I got to watch her walk for the first time, and it happened mid-afternoon on a Friday, so I definitely wouldn't have been home if it wasn't for this situation.

Symrise: What type of food do you go to for comfort, and what have you been cooking for your family?

Chef Sawyer: When I was a kid I’d go into the pantry, see what was in there and throw things together. That helped me slowly learn here and there before cooking professionally. So it's nice to get back to that.

For my family, we've been making a lot of enchiladas lately, which are very filling, very comforting; polish sausage with sauerkraut and potatoes, which is something I grew up with from my grandfather; and an American version of goulash that my grandmother made growing up. We’ve also ordered pizza, because we really miss that.

Symrise: We’ve seen a lot of people rediscovering cooking and baking during this period. What do you think about that, and do you think this trend will continue in the future?

Chef Sawyer: Yeah, I think a lot of people will continue to do that. My hope for this situation, if there can be a positive thing that comes out of it, is that instead of always being on the go and working ourselves to death, we really re-evaluate what's important in life. With the popularity of baking bread now, for example, it's a meditative process. You have to be present.

I hope this continues, and I think it will with some people. It's an overall metaphor for taking a little more time for yourself and enjoying the simpler things in life.

Symrise: You shared with us a recipe for Grilled Artichoke Dip With Spinach, Smoked Salmon & Everything Spice. Can you tell us a little more about how you approached this dish?

Chef Sawyer: This is an idea I had for The Plum, right before this all happened. We wanted to take traditional steakhouse menu items like spinach artichoke dip and give it our spin, so I took that idea and married it with the idea of lox and bagels and cream cheese.

I grilled the artichokes, so you get that char, that smokiness. Then the everything spice is something we make at the restaurants and use on a lot of different things. So it just made sense to me, and it came out really well.

Also, instead of putting the spice directly on the dip, you could season crackers with it if you prefer. Put a little bit of olive oil on the crackers and then coat them with the spice and throw them in the oven for about five minutes. So it's a versatile dish you can play with a little.

Stay tuned for the next interview in our Chefs At Home Series, CLICK HERE!

Symrise: We've seen the food scene in Cleveland grow like crazy the last few years. Do you think that's sustainable after all this?

Chef Sawyer: In Cleveland, but also nationally and possibly globally, this is going to be devastating for restaurants in general. I don't think we're going to see the effects fully until next year. The landscape is going to be very, very different, with a lot of independent restaurants not being able to reopen, whereas some chains will be able to survive because they have a different financial structure. There will be some independent restaurants that can string it along for the next few months, but next year, during the typically slow Q1, things are going to look really bad.

That's why we're going to move very slowly as we reopen. We don't want to jump in too quickly and then come January realize that we have to close and all of the effort we put into re-opening was for nothing because we did it wrong. We’re also going to handle our own delivery, because the margins with third-party delivery services wouldn’t make sense for us.

One of the good things I think will come out of this is that restaurants will start to charge a little more for their food to have sustainable margins. It seems like the overall situation has actually made people more inclined to pay higher prices for their food. And I think something the restaurant industry has struggled with for a long time is not being able to charge what their food costs.

Although these past few months have been incredibly difficult for the restaurant industry, Chef Sawyer’s thoughtfulness about re-opening and ability to see silver linings gives us hope that his restaurants will continue to serve Clevelanders and other visitors for years to come.

Meanwhile, you can get a taste of his creations at home by trying his comforting, delicious Grilled Artichoke Dip With Spinach, Smoked Salmon & Everything Spice.

Continue with other articles in the Chefs at Home Series:
• Getting Creative With Pantry Items and Preparing for Re-Openings: An Interview With Chef Alex Harrell