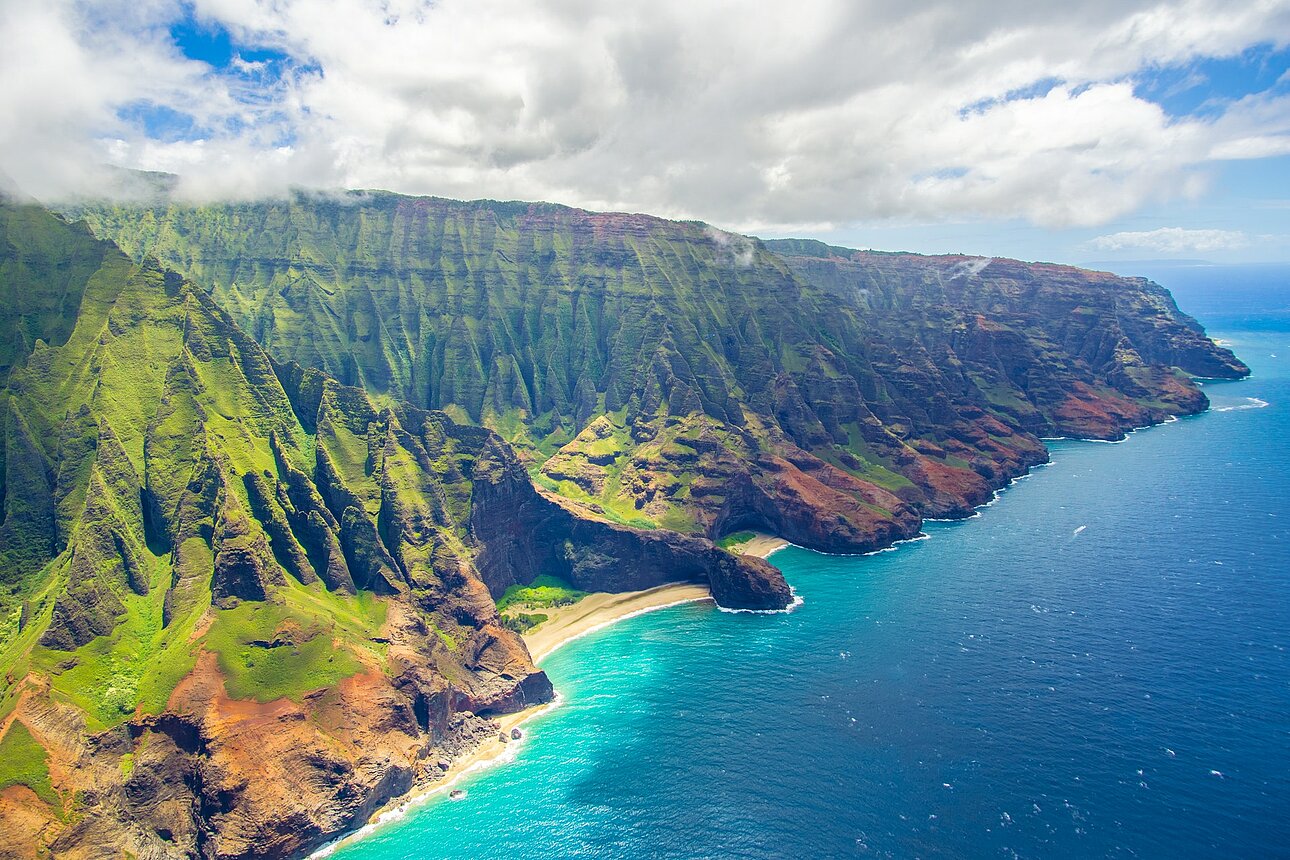 How does one begin to describe Hawaiian cuisine?  I could go with some of the generalized foods one thinks of like poke, spam or poi.  I wouldn’t be incorrect but there is so much more to the Hawaiian food culture. Let’s not to forget the techniques they employ as well like Imu, an underground oven, steaming, and the meticulous attention to raw fish preparation.  We’ll look at the techniques and cuisine staples used in Hawaiian cuisine.

Being a Pacific island, Hawaii was a hot spot for Japanese, Chinese, Portuguese, and other countries for migrant work on the sugar plantations.  That kind of melting pot can only lead to culinary fusion.  While spam is an American influence, the dish Spam Musubi also calls from the Japanese dish, musubi.  Musubi is rice wrapped around seaweed with an intensely flavored ingredients stuffed inside then added spam which turns the original concept on its head!

Since Hawaii is an island and surrounded by the ocean it’s no surprise that there is a raw fish dish in the mix.  Enter Poke.  If you like sushi, you’ll love poke.  Here they take diced, raw fish (tuna, salmon, etc.) and sometimes lightly marinate in soy sauce and sesame oil.  It’s placed on atop steamed rice and accompanied by fresh vegetables like green onions, Maui onions, Limu (algae), and avocado.  Some places add sauces and other unique additions.  It’s kind of a deconstructed sushi roll.  Poke has really taken off in the US mainland with restaurants dedicated to the dish.

One aspect that intrigues me or really any cuisine is hearing when they cook foods underground.  Kalua pig is the tradition of cooking a while pig in an imu, an underground oven.  The whole pig is roasted utilizing the heat from the lava rocks and becomes tender, falling apart due to the steam created from the banana leaves.  Speaking of roasting, we can’t move on without talking about Huli Huli chicken.  This highly marinated (usually soy sauce and sugar) chicken thigh dish gets it name from the fact that it means “turn, turn”.  Given the sugar and soy sauce marinade it makes sense as it will burn if you don’t turn, turn!  The end result is highly marinated, charred thighs with an intense flavor pulling from Chinese influence.

Let’s not forget dessert.  Taking influence from Japan and China, Haupia, is a coconut flavored pudding that’s thickened with arrowroot.  Depending on the personal preference, it can range from pudding to sliceable consistency.  The other big dessert is Malasada influenced by the Portuguese.  It’s like a doughnut minus the missing hole in the middle.  It does have a higher usage of egg so that imparts in the end product.  Traditionally, it’s also left without fillings but nowadays there are people making their own twist on it.

We have clearly only given you a taste of the Hawaiian cuisine.  There is so much more to dig into.  It’s also interesting to see how the cuisine is making an impact in the US mainland from poke restaurants to Huli Huli chicken on menu’s as well.