During the world cup there was a notable increase in the popularity of and interest in Brazilian food according to Christina Nguyen, the director of marketing for the popular Churrascaria chain “Texas de Brazil.”

It was so popular that “Texas de Brazil” offered a special world cup catering discount for all of their customers interested in having world cup parties at home. This matches up very closely with the “Home Quarters” mega-trend identified by our Symrise-GfK Consumer study. “Home quarters” is one of 9 consumer mega-trends that is all about bringing exciting experiences into the home and treating the home as an entertainment hub.

Experts expect the Brazilian craze to continue and are predicting that Brazilian food will be one of the big trends of the year (Food Product Design) with 7% growth on menus over the last 2 years (Technomic).

This increase in popularity is being driven by not only the world cup effect but by changing demographics.  Young Millennials are the most diverse group in U.S. history and are more likely to include people of Latino and Asian descent.  Because of this they seek out more ethnic foods. These ethic food requests are still relatively low compared to more mainstream choices (Italian, Mexican) but approximately a third of millennials are interested in Brazilian cuisine (Mintel).

Brazilian cuisine is an interesting mix of Portuguese, African and Amazonian cultures.

The most well-known dish in the U.S. is Rodizio or Churrasco.  This Gaucho cooking style involves grilling meats on long skewers over very hot flames.  Many of these all you can eat steak houses exist in the US already.

Some of the other standout dishes of Brazilian cuisine are the pão de queijo (cheese bread), feijoada (a black bean and pork stew) and the Caipirinha (the Mojitos big brother made with sugarcane rum called Cachaça)

Additionally, there are some fascinating fusions such as the Brazilian hot dog.  A hot dog topped with ground beef, canned corn, potato sticks, parmesan cheese and a pico de gallo like topping.

How is Brazil influencing chefs the culinary world in the United States?

Brazilian Cuisine is particularly interesting to chefs due to its rich bounty.  It’s a huge country with rare and exotic fruits and vegetables from the Rain Forests, beautiful fish and seafood from the coast and inland meat and game.   Furthermore, Chefs are being influenced by Alex Atala, the Brazilian Chef at D.O.M. in Sao Paulo.  D.O.M. is considered to be one of the best restaurants in the world currently and Atala one of Time Magazines most interesting people in the world.  He forages in the rainforest to discover new and exciting ingredients to create new and innovative dishes.

Below are some unique ingredients found in brazil:

A yellowish liquid extracted from a kind of pressed wild manioc. Considered poisonous, it must be boiled for at least 20 minutes to evaporate the cyanide in the roots. Typical of the Amazon region, it is used to season fishes and fowls, especially ducks.

A teleost  fish. Dark with a large head and small eyes, it can weight up to 300 kg and be about 2m wide, through the specimen caught nowadays weight under 10 kg. Individuals under 60 kg are called filhote (Portuguese for pup).

A by-production of the peeled, minced and drained manioc, for the production of granulose flour. Omnipresent in Brazilian culture, tapioca is the basis of many dishes, such as puddings, cakes, porridges and the beiju, a native specialty.

Also known as white corn, it is a variety of the vegetable well known in Brazil, especially for the production of sweets (such as canjica or munguazá) and as side dish to meats and stews.

Its taste similar to the peanut and cashew nuts, but it is considered more dominant, as if the nut had been more toasted. It´s rich in proteins, fibers and minerals, and also fatty acids such as omega-6 and omega-9.

The beldroega (Portulaca oleracea), found in the North and Northeast regions of Brazil, is considered a refreshing plant with medical properties, because of its minerals and vitamins, and its great quantities of salicylic acid.

The pupunha is a kind of cultivated heart of palm, contrasting with the native species (such as juçara), which are under threat of extinction due to the uncontrolled exploitation. Chef Alex Atala only uses in his kitchen pupunha heart of palm from sustainable sources.

The jambu, or Pará Cress (Splilanthes oleracea) is a local herb from the Amazon region, known for its capacity to deliver an electrical sensation through the body when chewed.

To learn more about the signature dishes, unique ingredients, and culinary influence of Brazil, have a look at the attached articles on in-sight.symrise.com. 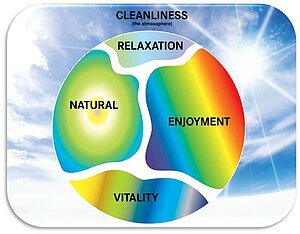 Away from fast food fare of World Cup stadiums, Brazilian cuisine is delicious and diverse

You have to pity those poor England players. When the World Cup gets under way next week, not only will our footballers have to carry a nation's hope on their (well-defined) shoulders and be forced to run around a field in heat reminiscent of a Virgin Active sauna, but they will also need to forgo all of the delights of Brazilian gastronomy in favour of a strict diet of boring old chicken, steamed vegetables and pasta.

You have to pity those poor England players. When the World Cup gets under way next week, not only will our footballers have to carry a nation’s hope on their (well-defined) shoulders and be forced to run around a field in heat reminiscent of a Virgin Active sauna, but they will also need to forgo all of the delights of Brazilian gastronomy in favour of a strict diet of boring old chicken, steamed vegetables and pasta. 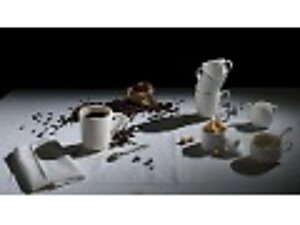 Soccer may not be known as a food-heavy sport — fans don’t like to get out of their seats once matches start since there are no commercial breaks — but Brazil upped its culinary game for this year’s World Cup to feed the masses of people that have descended on the country.

World Cup: Brazilian food as impressive as its soccer

Brazil remains known more for its soccer and beaches than feijoada and caipirinha, the national black-bean dish and cocktail, respectively. Outsiders typically think of Brazil as a meat-centric cuisine that worships churrascarias, all-you-can-eat steak houses like Scottsdale’s Fogo de Chão.

What do Brazilians eat and drink? Here are 11 essentials

With the World Cup approaching and the Olympics on the horizon, Brazil has captured the world’s attention for something other than an insane selfie. For those visiting Brazil, frequenting Bin Laden-themed bars and gorging solely on sushi and Nutella-topped pizza seems horrible, so we asked New York Times Frugal Traveler Seth Kugel to give us the lowdown on what constitutes the most emblematic of Brazilian food.