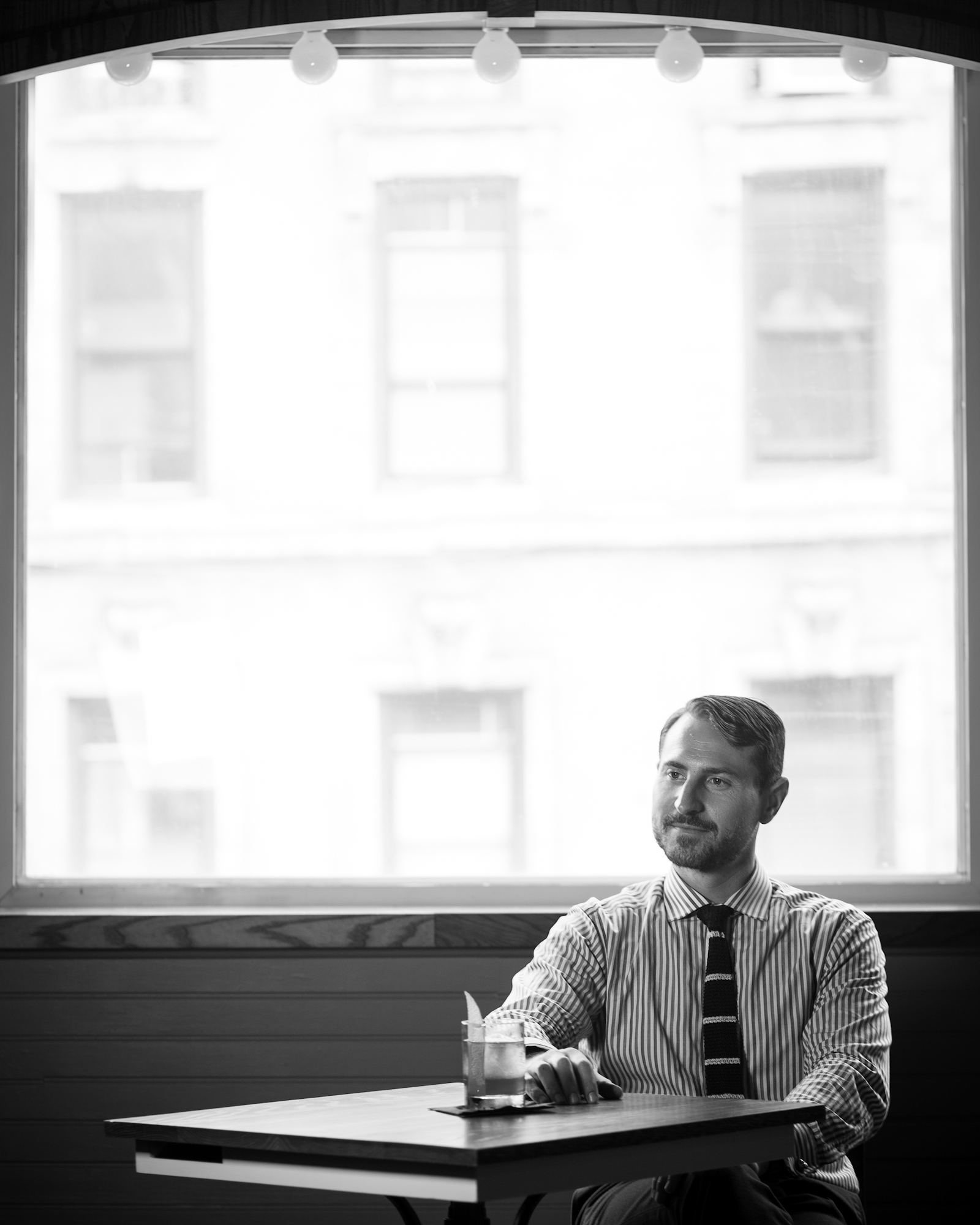 Listening to Joaquín Simó, it’s easy to be charmed by the poetic way he speaks about the cocktails at Pouring Ribbons NYC. Ever articulate, this former English and religion major — he studied at Boston University — was on the academia path before opting for a life in the hospitality world.

He first honed his bartending skills at college dives and rock and roll bars in Boston before heading to Manhattan where he landed a job as part of the opening staff at the highly regarded speakeasy Death & Co. He put in five and a half years there before joining Alchemy Consulting as a partner and mixologist.

Raised in Miami among a Cuban-Ecuadorian family with a love for food — his grandfather owned a farm and his dad had a French bakery — Simó grew up with a respect for fresh ingredients and for the processes that go into the components of a dish.

It’s that background, partnered with his scholarly approach, that has led to a reputation as a thoughtful mixologist known for bringing new life to everyday cocktails. Simó prides himself on putting emphasis on lesser known brands and modifiers like obscure French fortified wines and bittered Italian liquors to help communicate in a different way with his guests and open up conversation to new kinds of cocktails.

For more bartender interviews and mixology trends, subscribe to the in-sight newsletter

At Pouring Ribbons, this award winner — he was named American Bartender of the Year for 2011 Spirits Award at Tales of the Cocktail and twice served as deputy editor for Food & Wine Cocktails books — he’s created a matrix menu built around a revolving theme that continues to win rave reviews for its diversity, unique flavors and sense of fun. Last fall, the menu featured drinks inspired by America’s Route 66 before giving way to a spring Silk Road edition. The themes the bar has been doing for the past year and a half keep the staff engaged and force people out of their comfort zone.

When Symrise caught up with him, Moody Authors were on the menu and Simó was just turning off the Vitamix where he was experimenting with burnt miso butterscotch.

“I love the ability to play around with new flavors and ingredients and to go outside of what I’ve done before,” he says. “It’s fun to push the envelope.”

Among his favorite ingredients to play with is rum. “There is so little in common between a Jamaican rum or a Puerto Rican rum or a Martinique rum,” he says. “I love the variety I can get and so, for me, that is endlessly fascinating.”

Sherry is another versatile favorite that can go from something bone dry and pungent like a Granny Smith apple all the way to a syrupy, raisiny concoction and everything in between. He admits to using it incessantly. “It’s a wonderful category of wine that I’m really passionate about,” he says. “Mostly because it defies easy categorization. Too many times people think about it as a modifier rather than as a standalone ingredient.”

Another top contender for his attention: mescal, which by and large, stays true to its roots and brings in a traditional spin that tastes of generations past.

As for his favorite drink? “I’m happy with what’s in front of me,” says Simó. His go-to shaken drink is a daiquiri, though he’s also partial to a good stirred drink like an Old Fashioned.

“An Old Fashioned is infinite in its variety,” he says. “It’s basically sugar, water, spirit and sweetener, anything from honeys to flavored syrups and bittering agents.”

Like the chef who goes into a restaurant and judges an eatery on how well it can do an omelet, Simó believes a good daiquiri is the mark of a good bartender. It’s often the first thing he’ll ask for in a bar and if they don’t know how to balance, rum, citrus juice, and a sweetener then he knows the rest of their drink program won’t be good.

He drinks daiquiris year round though he’ll mix them up, using a white or more aged rum in winter and perhaps a richer, sugar syrup, and something lighter in the summer.

The seasons, in the past, have been a source of inspiration, though it’s also what led to Pouring Ribbon’s thematic menu as he got tired of doing cocktails based on spring, summer, fall and winter. Now, he challenges his staff with a new theme to relate their drink ideas to. This, he says, is so much better than, “It’s summer; let’s think of a cocktail based around strawberries.”

Simó says he goes into new cocktails by first nailing down the ingredents, then doing intensive R & D. “My standard is: ‘Would you want five of them?’ I don’t mean in a row, but would you come back five times and order this every time? And would you bring people with you to order this drink?”

His English background has him forever thinking of cocktails like narrative arcs. “The drink has to have a story — a powerful aromatic component and something that shifts mid-palate in a significant way — finished by a meaningful end.”

Much like character development, it also needs to play off and use the best of each ingredient. After all, he says, if you don’t taste all of the cocktail’s components, why are they in there?

When he’s not at Pouring Ribbons NYC, you can find him back at Death & Company where he says the menu has been shaken up after a decade in business and where he continues be inspired by their drinks. He also loves Grand Army Bar which has a sense of humor going from a Death Metal theme to Gilmore Girls in a span of a year and The Long Island Bar in Brooklyn where the food is fantastic and his favorite bartenders grump and kvetch through service in the most endearing way possible.