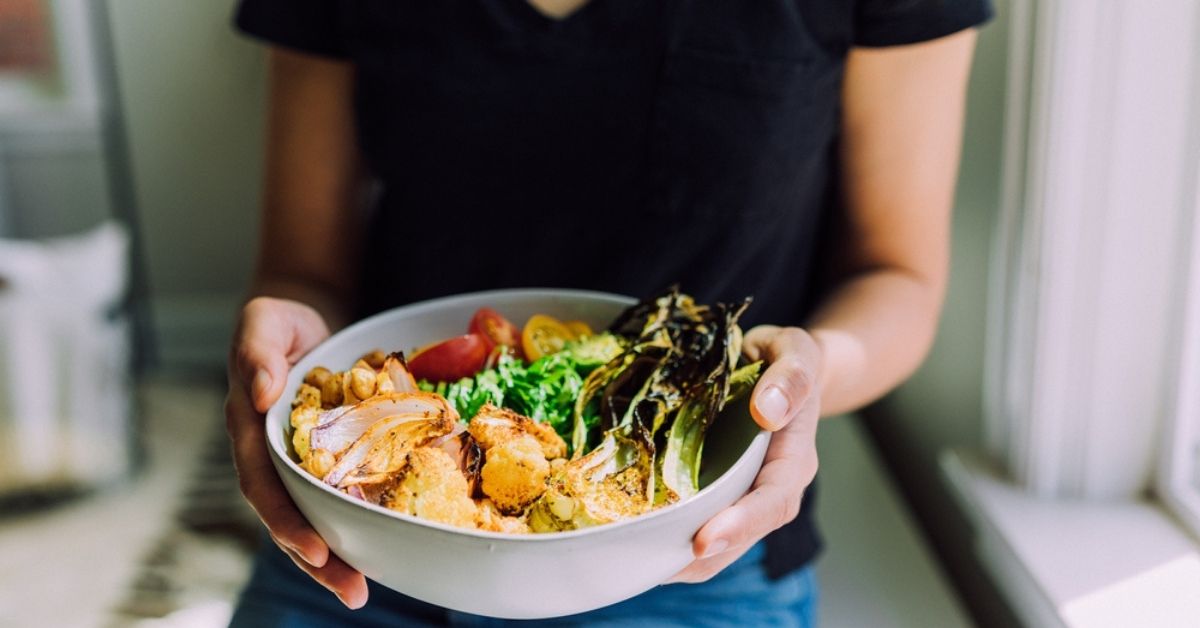 With the market for products built on plant-based proteins continuing to grow at a record pace, leading food companies and food service chains have been leaping onto the plant-protein express. The fervor for plant-based involves more than the currently prominent brands, such as Beyond Meat and Impossible Foods. Established food giants such as Nestlé and ConAgra Brands have cultivated their own line of plant-based products. All in all, investments in the plant-based industry are counted in the billions of dollars.

The reason for the sudden and global growth, of course, is based on an unprecedented demand for more protein options in general, and those derived from legumes, seeds, and grains specifically. Consumers are snapping up products such as vegan meat and dairy alternatives, high-protein energy beverages and bars, and even plant-powered protein premixes and powders as fast or faster as manufacturers can develop and market them.

To delve into the consumer motivations behind the trend, Symrise conducted a study of more than 2,000 US consumers of plant-based products. The research was conducted across seven product categories: milks, creamers, yogurt, ice cream, protein shakes, protein bars, and meat alternatives.

The perfect storm driving the explosive growth is a convergence of health concerns, “green awareness” (including environmental and ecological responsibility), and dietary restrictions. The consumer focus on health and wellness leads the trend. According to the Symrise research, Environmental Responsibility/Sustainability accounts for just 11% of the motivations, while Ethical Issues/Animal Welfare accounts for 9%. (Of course, those consumers who follow vegetarian/vegan diets were more motivated by ethical issues/animal welfare than the other consumer groups surveyed.) Dietary restrictions (Religious Reasons) accounts for 1% of the motivation.

Better yet, these noble intentions have come at a time when food and ingredient technologists and research chefs have developed the know-how and tools to make meat and dairy mimics that are accurate enough to pass a blind taste and texture test. Ingredient expertise has been able to overcome the challenges of decades past and eliminated difficulties with off flavors and textures for high-protein vegan beverages and mixes, as well.

Due to these ingredient technology advances, plant-based beef, pork, poultry, and seafood have been at the forefront of the recent boom in plant protein products. And while the aforementioned driving forces all contribute to the phenomenal growth, health and wellness by far are the main reasons for plant-based meat consumption: Consumers either want to increase plant protein consumption due to its functional health properties or reduce animal meat intake.

THE PROTEIN WE WANT

Vegetarian substitutes for animal protein have been around for centuries. In Asia, tofu from soybeans and similar products from mung beans were artfully formed into substitutes for pork and fowl (duck, chicken) as far back as dynastic times. Early vegetarian movements in the west saw the production of replacements for meat in many dishes. However, replacements were not the same as analogs – items meant to replicate their animal protein counterpart in taste and texture as opposed to merely substitute for meat.

Milk alternatives are the most common plant-based products sold, accounting for some $2B of the $5B in annual sales in the category, according to research published by the Good Food Institute last spring. While food products based on plant-derived proteins include multiple categories and types, encompassing both savory and sweet formulations, meat alternatives are, by far, the leaders, at close to $1B in annual sales. And growth is increasing at double-digit rates.

When it comes to the type of plant protein making its way into new products, pea-derived protein appears to be moving to the forefront. Soy protein is still king of the plant proteins, but the rapid growth in pea protein reflects consumer concerns over such issues as GMOs, land and water usage, and allergens. (Although both are legumes, according to the National Institutes of Health, allergies to heat-processed pea proteins are quite rare while soy is one of the more common food allergens.)

Pea protein is on a trajectory to becoming one of the most preferred sources for added protein in new formulations for other reasons as well. Already prized for its functionality, non-GMO status, and low allergenicity, ingredient technology has created more favorable texture results with pea proteins, enhancing solubility and all but eliminating chalkiness sometimes inherent in earlier forms.

As noted above, dairy milk alternatives lead the animal protein-free trend, having enjoyed a longer, more gradual onset on the market. However, many of the mainstream milk substitutes do not contain added protein. Soy “milk” is the only plant-based milk that contains a level of protein close to dairy milk (7g vs. 8g, respectively), with the other common alternatives containing levels ranging from 4-5g per serving (almond milk, for example) down to only trace amounts (rice milk). Brand developers have been gradually recognizing this market opportunity, with some leading brands offering plant milks boosted with added protein, such as almond and cashew milks fortified with pea protein.

RELATED: Unearthing What It Means to Be a Modern Vegetarian

Equally unexpected was the information that meat alternative consumers tend to be older and that younger consumers — part of the Gen Z demographic — are consuming the least amount of meat alternatives compared to Millennials, Gen Xers, and Baby Boomers. Moreover, these consumers tend to live more in urban and suburban areas rather than rural areas, although this difference could in part be due to access. It should be stressed that the differences were comparatively small and go more toward indicating a welcome lack of division among the demographics enjoying meat alternatives. This makes it easier for product manufacturers to craft and market such items across a wide population of consumers.

When looking at dietary lifestyles, it was revealed that the majority of plant-based meat consumers (52%) follow an omnivorous diet, enjoying foods of plant and animal origin. We see that after the omnivorous diet there is no close second. Flexitarians — different from omnivores in that they tend to eat a more plant-centered diet but still enjoy occasional animal products — comprise 12%, while vegetarians make up 7%.

The remaining breakdown included ketogenic diet followers at 6%, Mediterranean Diet followers and pescatarians at 5% each, and paleo diet followers and vegans at 4% each. Two things to note: Of all the consumers surveyed who claimed to follow a pescatarian diet, 75% are consuming plant-based meat. This was significantly greater compared to all other lifestyles. Also, even though keto and paleo consumers comprised a total of 10%, they are important as these diets limit or avoid wheat and other grains; formulations might need to be adapted.

Significantly, the many omnivores and flexitarians enjoying meat alternatives are in alignment with the paradigm shift that helped put these meat mimics on the map. Past meat replacers focused on being different from meat in flavor and texture. Products were designed to appeal to the narrow population of vegetarians and marketed as such. When the focus shifted to crafting true mimics that duplicated the flavors and textures of real meat, the market expanded tenfold.

In fact, the majority of the consumers surveyed expressed their anticipations that the organoleptic and sensory properties of meat alternatives be just like that of animal-derived meat. More precisely, nearly two-thirds of consumers (64%) are expecting the appearance of plant-based meat to be like that of animal meat, 62% want the texture to be right, and 60% of the consumers — perhaps being slightly more forgiving for an alternative —have the expectation for precision of flavor in matching a plant-based product to its animal counterpart.

Today, many forms of meat alternatives are consumed. Burgers continue to be the most consumed form — more than three-quarters (76%) of those following an omnivorous diet consume plant-based burgers. Although no close second, plant protein consumption favorites follow with tofu, sausage, and chicken in order of preference, with approximately 40% of the respondents enjoying them. The traditional items that started it all so many years ago, tempeh, and seitan, are now the least-consumed plant-based meat items. North American consumers have been enjoying expanded options that have seen major growth in deli meats (more than doubling between 2015 and 2019) as well as pizza toppings, ground meat replacers, and crumbles.

A deeper dive into what consumers want – and therefore expect – from center-of-the-plate plant-based items reveals a number of opportunities for brand developers to better and more competitively respond to these consumer desires. Dinner is the top occasion for plant-based meat consumption, with 71% of Symrise’s survey respondents consuming meat alternatives during weekday dinner, and 62% during weekend dinner.

Lunch is the next most important time for enjoying plant-based meat at 58% weekday consumption and 52% weekend consumption. Another surprising reveal, however, was that nearly a third of consumers (30%) chow down on plant meats as snacks. This could represent a strong untapped area of opportunity for product development and marketing.

With overall consumption of meat alternatives greater at weekday main meals as opposed to weekend main meals, developing products geared toward weekend consumption offers another point of opportunity for product developers. And, while a market still exists for replacers as opposed to analogs, product developers will want to take advantage of the plant protein technology to improve the flavor and texture of these products. The key to success for all these opportunities, continued and new, is starting with plant proteins that are versatile, adaptable, and clean-flavored.

In developing a meat-mimicking system, Symrise provides a complete toolbox of solutions. We start with masking the unwanted off aroma and taste within the base, we then build back the savory and juicy elements. From there, we provide a characteristic seasoning and top note. In addition, through Symrise Nutrition, we can also provide an authentic color solution. All of this can be rolled into a single drop solution for ease of use and to eliminate some supply chain inefficiencies during final production. For preferred taste, agility, and substantiated systems, Symrise can be your partner of choice in plant-based foods.

If you're interested in learning more about our Taste for Alternative Protein solutions, watch our on-demand webinar: Key Opportunities & How to Succeed in a Plant-based World. Click here to learn more!