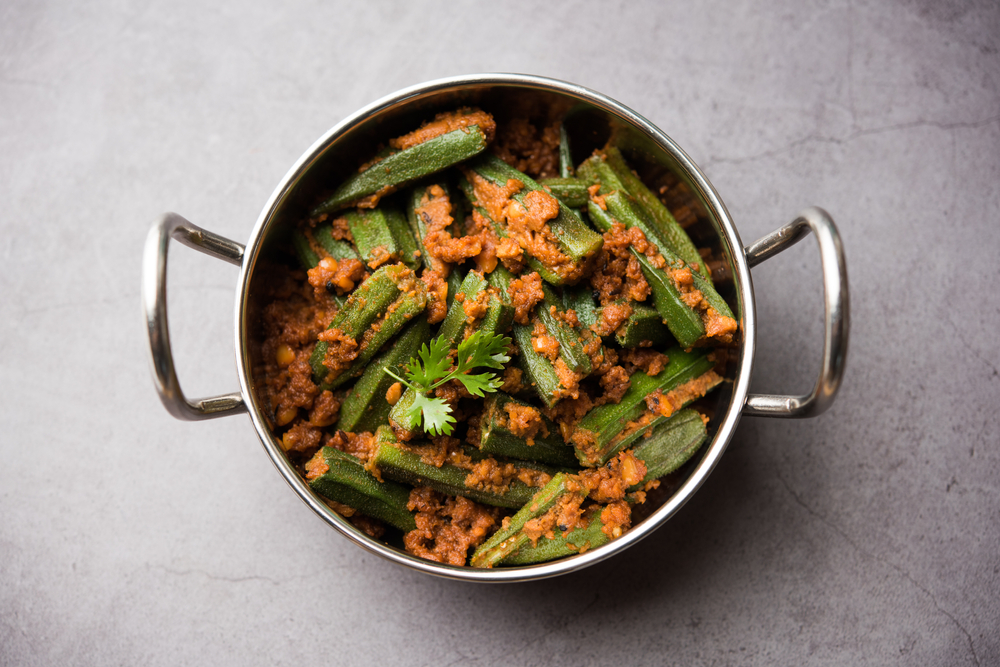 The idea of “less is more” is coming back to the south as part of the Southern Revival movement with chefs minimizing the amount of ingredients, steps, and words it takes to make the dishes on their menu stand out. So instead of “artisan polenta topped with imported shaved truffle and small-batch balsamic reduction prepared to order and served in a martini glass,” chefs are keeping it simple, opting for fewer ingredients and straight-forward descriptions of “cornbread, grits, and a side of butter.” The trend now is all about moving away from the contest of who can make the prettiest presentation with the most exotic-sounding foods that are impossible to find and bring back to a home kitchen. They’re letting the food speak for itself.

Southern Revival is all about bringing attention to authentic, locally grown ingredients with dishes and flavors that can be enjoyed and recreated by Southern cuisine-loving home chefs and deliberately highlighting familiar flavors that were previously considered basic or “too” simple to be the center of a dish.

Sign up for our Weekly Newsletter to receive culinary updates!

“I think you see the simplicity in dishes coming around,” said Matt Bolus, Executive Chef of The 404 Kitchen in Nashville, TN. “I think what I try to focus on, which may be the southern side, is to do as little as needed to make the food the best… I try not to have 91 steps in a recipe when only four are needed. I want you to taste that pepper that we grew, or that green that we grew, or the spring onion coming up. I want you to taste it. I don’t want you to say, ‘wow, I never thought garlic was from there.’ Then why would I put it in there?”

Among the exciting melting pot of international flavors coming out of the Southern Revival movement, there is also a growing desire to explore the homegrown flavors that have been overlooked for too long. This new wave of appreciation for the simplistic is solidly rooted in the work and the eating habits of farmers and laborers that cultivate these celebrated ingredients for dishes once thought of as “poor man’s cuisine.”

“The south is looked upon as traditionally a predominantly working-class section of the United States,” said Chef Bolus. “It’s about the extension of food. You only had so much animal protein to go around, so what did you do to bulk that up and to fill your belly? You see higher calorie, denser foods in the south than you may in a lot of places. You need those calories to be in the field… You need the fat or cured ham or loads of protein-rich beans with lard or butter or ham hock in your diet to keep you going… We are not scared of using fat in the south. And as much as people want to get away from it, fat is flavor and a lot of flavor.”

These flavors associated with this type of cuisine are European influenced but historically African food – collard greens, beans, peas, and spices – and cooking techniques, like cooking meat in rendered fat, otherwise known as deep-fat frying. The dishes also change depending on the region and availability of proteins. Rice and beans are prominently found in Louisiana and in Alabama to supplement the lack of meat, but in places like Tennessee, there’s corn and a lot of peas, beans and very little rice, with spaghetti added to chili.

Using only these established, local ingredients can be an exciting challenge for chefs to find new ways to bring them together in cohesive and innovative dishes, while also preserving their traditionally Southern flavors. “There’s a lot of bitters in southern cuisine,” said Chef Bolus. “The greens that we use are bitter and a lot of the foraged items we use are bitter, which may be the reason for a lot of sorghum and molasses and honey.” There’s also a revived interest in heritage ingredients, like tomatoes and okra or rendering lard from a heritage hog as opposed to supermarket-bought pork chops, and focusing on using the best of the traditionally “poor man’s” food. The key is finding new ways to modernize them for the ever-evolving tastes of today’s consumer.

“We celebrate southern cuisine as we go, and we make it better,” said Chef Bolus. “We’re evolving it and still using okra but we’re not just frying it or boiling it. We’re using it with the Asian influence of fish sauce and the Italian influence of red pepper flakes and the French influence of butter and we’re making this new okra. It’s the same old okra; it’s just got different flavors to it now and it’s that much better. But to me, that’s the south.”

And by adding nontraditional elements to simple, traditional ingredients is one way to value the flavor of these historically important foods while taking them in a new, previously undiscovered direction by adding something as simple as a drop of olive oil from a faraway land. “The flavors keep getting better, but we don’t lose our roots and we still love to take the tomato off the vine and eat it just the way it is,” said Chef Bolus. “But you know what? Some Jacobson’s flake sea salt makes it even better. Or just a really great Tuscan olive oil… I don’t know if it’s anything new. I think it’s just that we are discovering what it used to be and how good it really was.”

Matt Bolus was born in Kentucky and is currently the executive chef of The 404 Kitchen, recognized as one of the top restaurants in Nashville, Tennessee. He studied at Le Cordon Bleu in London where he received the Grand Diplôme and previously worked at the James Beard award-winning FIG in Charleston, South Carolina as well as The Ocean Room at The Sanctuary Hotel in Kiawah Island.