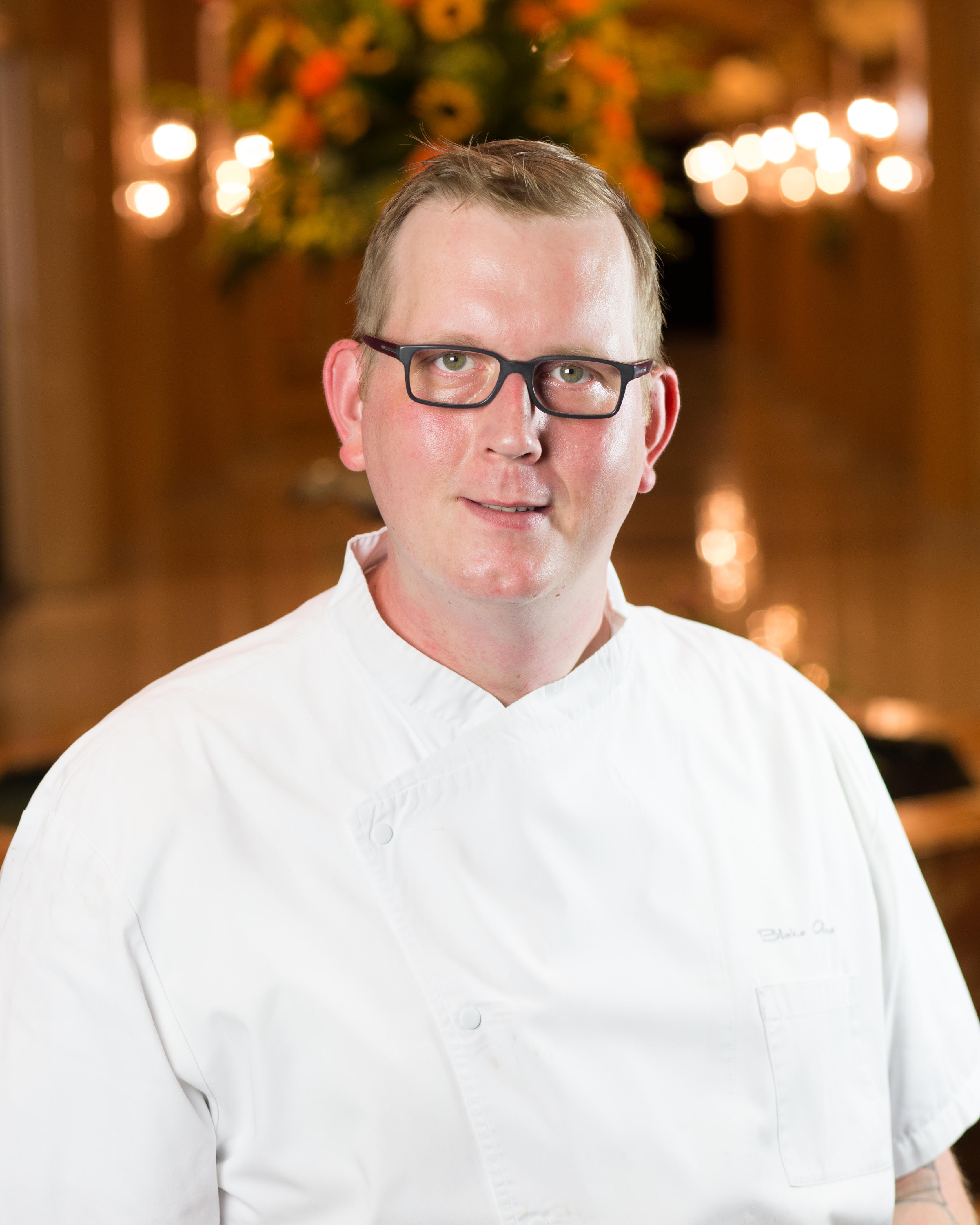 Blake Abene always liked cooking but had never thought of it as a viable career. After Hurricane Katrina, however, the Louisiana native – he hails from Hammond -- took another look at what he wanted to do with his life. “I was burnt out selling insurance and having to deal with so much anger and sadness,” he says. The decision to go to culinary school happened one day when a little old lady was crying at his desk because she didn’t have flood insurance and the only thing she was going to get from his company was $3,000. “She didn’t have a house anymore and there wasn’t anything I could do to help,” he says. “Desserts don’t make little old ladies cry, they do the opposite.”

And so, began his foray into the pastry world starting with a degree in baking and pastry arts from the Culinary Institute of America in Hyde Park, N.Y. From there, he interned at Jean Georges for Johnny Iuzzini, before accepting a full-time position with Iuzzini two days after graduation. After three years, he did a brief six-month stint at Sullivan Street Bakery under Jim Lahey – he says his back didn’t like doing breads -- before heading to Corton where he started as a chef de partie but eventually moved up to executive pastry chef. He returned to New Orleans three months before Corton closed, working first at Stella! before joining Rebel Restaurant Group as executive pastry chef for its Root and Square Root locations.

In his year and a half reign there he was named “Chef to Watch” from The Times-Picayune and Louisiana Cookin. He was also, in 2016, named a “Rising Star” from StarChefs as well as one of the “Best Chefs of Louisiana” by the American Culinary Federation of New Orleans. He credits much of his success to Iuzzini and Paul Liebrandt. “They were my greatest mentors and I wouldn’t be the chef I am today without them,” he says.

Here, he talks kitchen pet peeves, what he’d take on a desert island, and the lure of melding cocktails and ice cream.

Symrise: What would you say is your signature dessert?

Blake Abene: I don’t have a signature dessert per se as I try to never repeat any desserts. However I do have a flavor combo that I keep coming back to at each restaurant I’ve worked at: Maple, smoked pecan, sour cherry, coffee and bread. Originally it was a sundae at Jean Georges, I did a cremeaux at Corton, sticky toffee pudding at Square Root and it’s currently the bread pudding here at R’evolution.

Symrise: What are your favorite ingredients?

Blake Abene: I like using fresh and light ingredients like Japanese citrus or berries and I’m also partial to floral accents like elderflower or lychee. I like keeping my desserts light and refreshing because most places I’ve worked, dessert comes after many other courses and the one thing I personally don’t want after multiple courses of sometimes heavy food is a heavy dessert. A light and refreshing dessert keeps the diner from needing an immediate nap from overindulgence.

Symrise: Where do you get your inspiration for new dishes?

Blake Abene: Generally I get inspiration from life going on around me. It might be from something I’ve read or seen recently or something someone on my team comes to me with. I like to keep my mind open to new ideas whenever they decide to show up and encourage my team to always keep trying something new. It used to take 10 bad ideas for a great idea to come through, but now I can self-edit a little better so I’m probably down to 9 bad ones for every winner.

Symrise: What's the best part about being a pastry chef?

Blake Abene: Getting to make food for people to enjoy while celebrating. Dessert is a celebration and it’s hard to not get excited when a beautiful and delicious dessert gets placed in front of you. 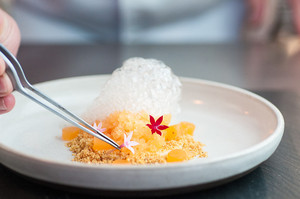 Blake Abene: The greatest challenge for me recently is trying to step back a bit and let my team take over. I’ve always worked in very small teams where I would be personally responsible for producing most things. At R’evolution we do a ton of covers, too many for me to personally produce everything. It’s easy to make everything nice when I’m doing it; right now I’m trying to make everything nice through leading my team.

Symrise: What restaurants or pastry shops have you been eating at lately?

Blake Abene: I’m a new dad so I don’t get out as much as I’d like, though I have a lot of places I’d like to try! My favorite bakeries in NOLA are Gracious Bakery and Willa Jean, both places are always on point and it’s hard to find a misstep in any of their offerings.

Blake Abene: Totinos party pizza….cheap, fast and easy to make after a long day at work

Symrise: What's your favorite dessert on your menu?

Blake Abene: Right now it would be my take on a Vacherin Glace based off the sidecar cocktail. Cognac ice cream, blood orange sorbet, lemon curd and meringues, blood orange and buttermilk espuma. I like it because no matter how full you are, there’s always room for ice cream. Also, I like tying classic cocktails into my desserts here, because you know, it’s New Orleans.

Syrmise: If you were stranded on a desert island, what would you take with you?

Blake Abene: I’d take my iPhone; it’s my most used piece of equipment in the kitchen. I have all my recipes in my dropbox….and I’d eventually call someone to come get me.

Symrise: Where will we see you in five years?

Blake Abene: Hopefully with my own ice cream empire…just looking for investors…anyone out there interested?

For more dessert inspiration, subscribe to the in-sight newsletter!