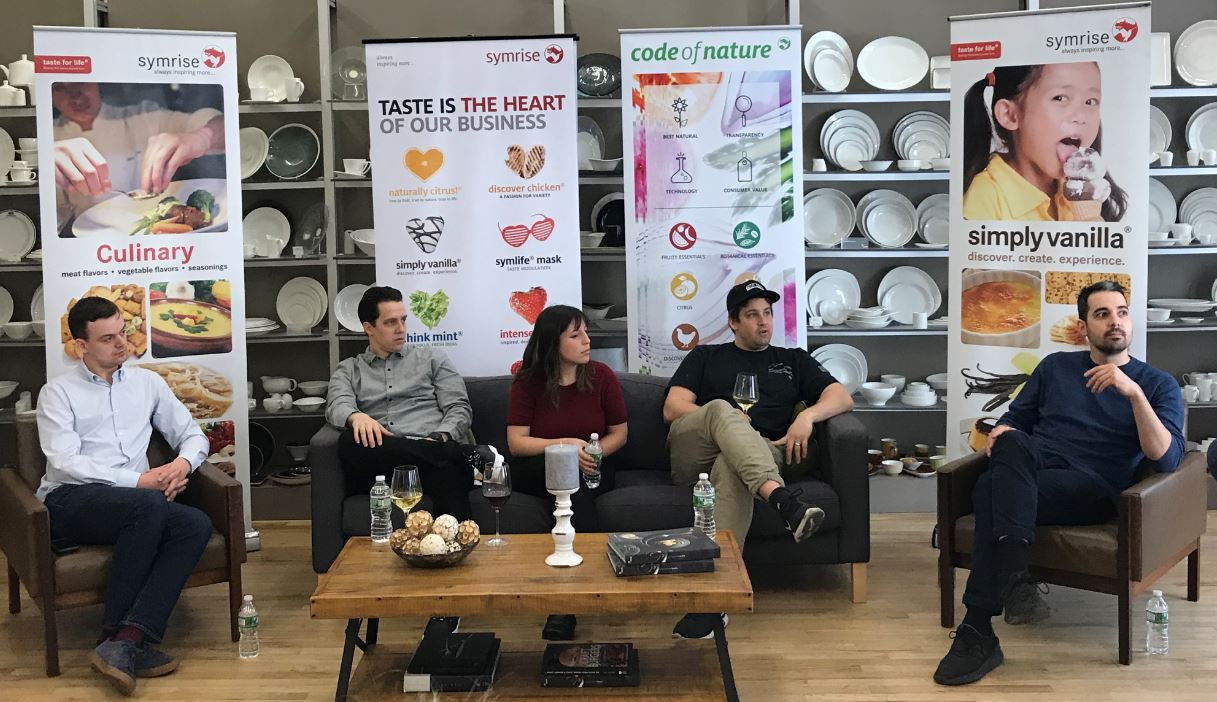 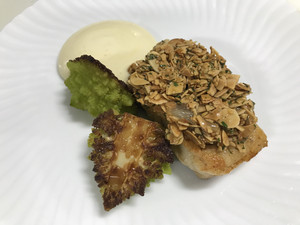 The American food scene is getting more and more diverse as flavors from all over the world make their way stateside—from the spicy molés and tender barbacoas of Mexico, to the deep fried crispy goodness of huge street food-style fried chicken from Taiwan. And as the country ushers in more ethnic cuisines, consumers want to know just how “authentic” the tastes they’re experiencing are. But at the Symrise roundtable with StarChefs2019’s New York Rising Stars, four chefs reveal that “authenticity” isn’t exactly what they aspire for.

Join the In-sight community to receive our daily trends in a weekly newsletter!

She first got her start in cooking in her grandmother’s kitchen in the mountainous Mexican state of Michoacán, so Coss definitely knows her way around Mexican cuisine. But despite growing up with such a traditional concept of tacos, barbacoa, chilaquiles, branzino, carnitas and many more dishes, she works for a restaurant that steps a little bit away from what she grew up with, and takes a more inventive approach to the cuisine.

“In America, there are also all these pre-conceived notions of Mexican food, and it’s so hard to break. At the end of the day, we do whatever we do. We create.” Coss says that there’s no point in trying to please everyone, since all people have different tastes, and there will always be critics no matter what.

“For [Oxomoco], we’re already filtering it through as Americans. Justin [Bazdarich] and I, we’re Americans. I’ve only been cooking Mexican food for a couple of years. Justin’s never worked in a Mexican restaurant,” explains Oxomoco’s chef de cuisine Matt Conroy. The New Yorker’s feature on the restaurant sums up their culinary concept as one that “balances hipster bait with Mexican tradition.” And to Conroy and Bazdarich, the changes they make and things they add to their food doesn’t necessarily take away from its inherent Mexican-ness.

Conroy says that while they do have a different take on the cuisine, they made sure to understand the basics first, and respectfully veer away and make adjustments. “Sometimes we’ll grab a cookbook, and make the original recipe, and we’ll say ‘Oh it tastes good! But I think we should go more in this direction.’ Because, for example, Americans don’t eat masa the same way.” 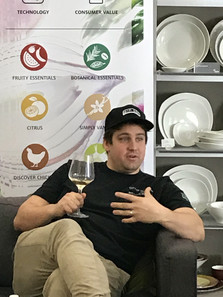 Meanwhile, Trigg Brown of Win Son says that he and his business partner Josh Ku don’t even bother with the word “authenticity.” “Our intentions are genuinely authentic, but we’re not trying to create this authentic version of what we had in Taiwan. We’re trying to express a culinary impression that Taiwan has made on us,” Brown says. It’s evoking memories of a place; it's the nostalgic tastes, textures, and smells that take people back to Taiwan—or introduces them to a new memory of it—that’s really important.

“We’ve been super lucky that a lot of folks who come from Taiwan come to eat at the restaurant, and they get super pumped about the flavor profiles and textures that we’re working with,” he recalls. “If we can be respectful and informed, understand what we’re doing, and channel these flavors that take people back, or even build a bridges so people can learn something, then that in itself will speak if it’s authentic or not.” 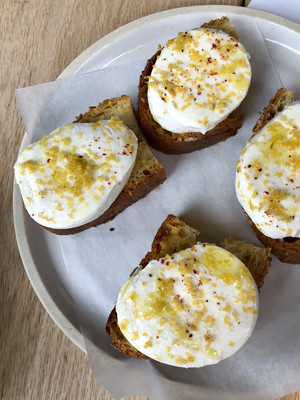 “Authenticity is a hard word,” says Brown. And Coss agrees. “It’s like perfection. It’s unachievable.” And one of the major factors that makes it unachievable is the fact that even the produce from place to place is different. The corn, chilis, avocados, tomatillos, and rice all taste different in Mexico, so immediately the food prepared by chefs in New York would taste totally different. “But I think it’s still Mexican food as a Mexican chef. It’s still Mexican food because, at the end of the day, everything still has a flavor that we’re comfortable with. You push it, and work with the ingredients of the local area where you are.” Coss echoes Matt Conroy’s thoughts, saying, “We work with the produce that’s available in New York, but import the basics of Mexican cuisine.”

For Oxalis Chef Nico Russell, what is “authentic” is really a relative thing. “When we talk about authenticity, it’s through our lens. It’s from our interpretation of things. It’s our take on these classics.” Because we all come from different backgrounds, and go through different experiences, we all have a different understanding of what tastes “right.”

Russell’s mom was half Filipino, half Mexican, and growing up in the Bay Area he was in a community filled with Asian and Latino culture. But at 18 years old, he went into intensive training in the art of French cooking. And to him, these are all the things that have shaped his dishes at the bistro. “We found out who we were using classical French reference points to help us along the way. I worked for restaurants for the last 12-13 years, and we did all these things we love about French cooking, just in our narrative.” 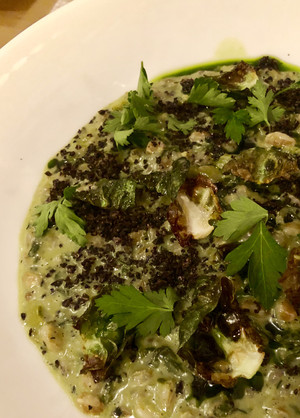 Ultimately, the job of chefs isn’t to reiterate what’s already been said by other chefs, and not to cook dishes exactly as people have cooked them before. Their goal is to serve dishes that have their own unique spin, that bear their culinary signature—something like a unique delicious memory that draws from other culinary memories. Therefore traditional recipes alone can’t rule what they put on their menus.

“I think a lot of us sitting up here, if you ask us how we arrived at a certain dish, we’ll say ‘Well I was here, and then I was here, and then I had this one thing when I was 14.’ How we get there is just kind of how it happens,” Russell says. “[A dish] is a mixture of the kitchens and other places we’ve worked in. It’s a mixture of what we like to eat, and I think it’s just bringing it all together.”

Be the first to discover the culinary, beverage and dessert trends we uncover through our exclusive StarChefs partnership!