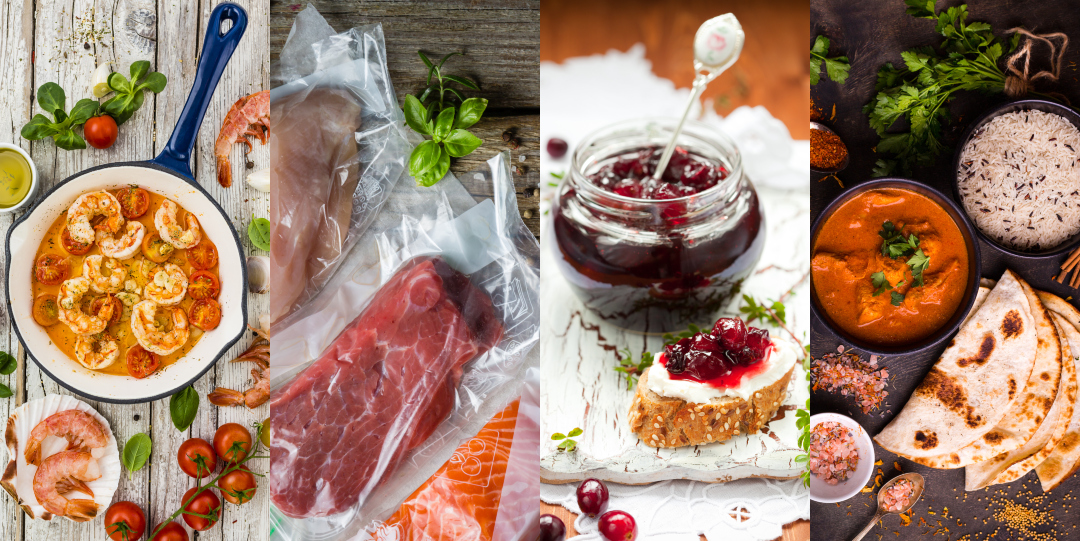 The Fancy Food Show is the pinnacle of specialty food and beverage innovation. This year, I attended the 2019 Winter show in San Francisco with the Symrise team to report on the next big culinary trends. Here is what I found:

One trend I saw this year at the Fancy Food Show was making Indian and Mediterranean flavors accessible to the home consumer. Through the use of squeeze bottles, Wild Garden has brought sauces like Harissa and Zhoug to make them easier for consumers to use every day. I love Indian food, flavor and the sauces. As a chef I know not only does it require specialty ingredients but it cooks for hours to develop the depth of flavor. I was happy to see quite a few vendors who were taking those sauces and jarring them. Not only does it cut down on the time but now consumers don’t need to buy ingredients they’ll only use once! There were even mango and lemon pickles that would be considered the Indian giardiniera.

It seems you can take anything and turn it into flour. While I thought it was a joke it was intriguing to see apple flour, banana flour, and beet flour being used to help remove or reduce gluten for celiac or gluten sensitive consumers. Sweet purple potato flour and sago starch flour were also among the uncommon gluten replacers you don’t see every day. 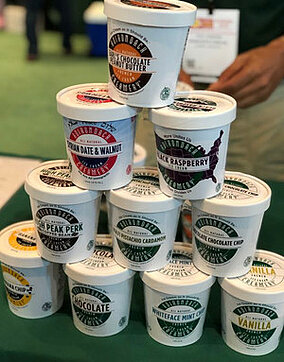 It’s no surprise that consumers have been moving towards every alternative substitute around but there were a few that caught my eye. The most unique was arenga sugar from the arenga tree. It touts low glycemic index as well as vitamins and minerals for a brown sugar replacement. Dates were among the most popular new forms of sweeteners that, again, have low GI callout as well as being a sweeter, fruitier tasting sorghum-molasses like syrup. Elderberries have long been used in holistic remedies for its powerful immune system support and it was good to see farms making wellness syrups and preserves out of the fresh berries.

FFS was a playground for new ingredients and techniques. While I love oatmeal it has the tendency to become lackluster. Insert Musli, the supercharged sibling of oatmeal that is mixed with dried fruit, nuts, and seeds served warm (like oatmeal) or cold (like cereal). Black garlic was another chef ingredient that is less known by the home consumer. The garlic is allowed to sit for weeks under specific temperatures and conditions which eventually turn the garlic black. The flavor takes on a molasses richness with fermented notes. It adds a funky, umami pop to sauces and vinaigrettes.

One reoccurring theme that you couldn’t miss was the use of herbs, chilies and pastes to visually coat meats and cheeses. Not only did this give an intense flavor boost but also gave the appearance of a premium “chef inspired” look. There was deli cheeses coated in herbs as well as salami’s coated in chilies.

Among the top condiments showcased at FFS was mustard. Some of the most unique flavors were Dill Pickle Mustard, Chipotle Mustard, and Balsamic Fig & Date. They even took sauerkraut to the next level by putting it in a squeeze bottle with flavors like Craft Beer Mustard, Bavarian with Caraway Seeds, and Classic.

While BBQ sauces are a dime a dozen there were a few region specific that stood out like Texas Hill Country BBQ Sauce and even Hawaiian BBQ/hot sauces. There was even sweet/savory pairings like Cherrywood Smoke & Chocolate BBQ Sauce and Oakwood Smoke & Caramel BBQ Sauce.

Charcuterie boards have always been a way for a restaurant to offer house made meats like pate, salami or cheese. One form of cured meat which is unlike anything else is spreadable meats like ‘Nduja. Whether it’s in tube form or in a jar, ‘Nduja is on the rise due to its funky flavor and heat from Calabrian chilies. There were plenty of interesting forms as well. Two forms that you don’t see every day were Salami Whips and Salami Chips. The salami whips were thin rope like shaped salami rolls great for snacking or charcuterie boards. The salami chips were very thin sliced rounds of salami that were dried for a jerky like consistency.

Stay Up To Date With Food & Flavor Trends - CLICK HERE!