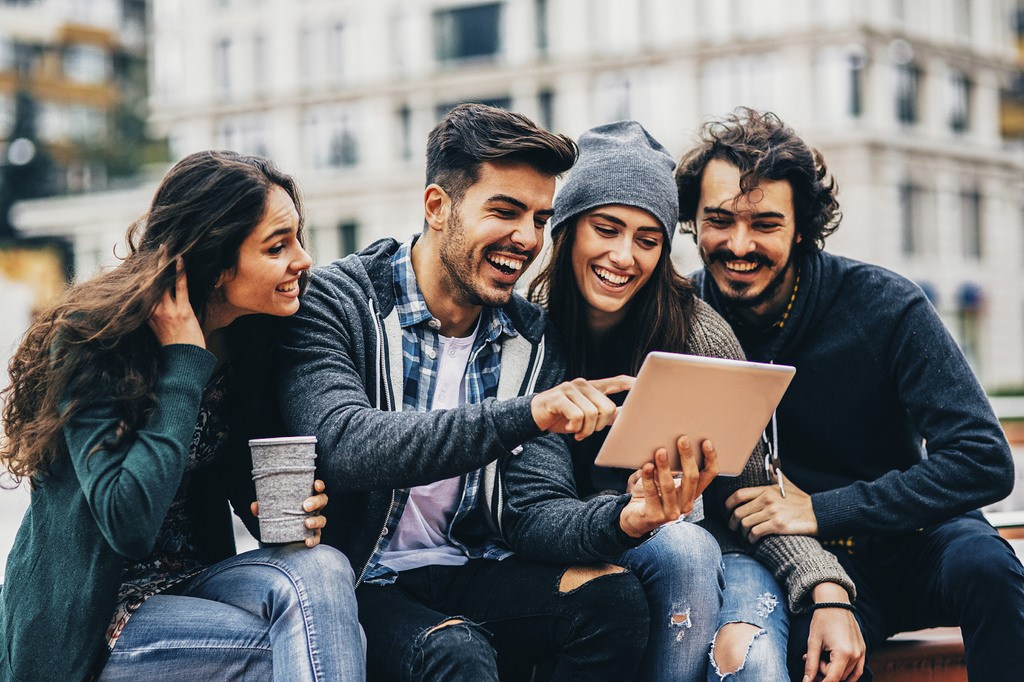 Cesar M. Melgoza, founder and CEO of Geoscape (Huff Post Politics), points out that one million Hispanic millennials turned 18 in the year 2015. This is in line with other reports showing that approximately 900,000 Latinos will be 18 every year from now until well beyond 2028. Latinos will represent roughly one third of the U.S. population by 2045.

As the Hispanic population increases, the Caucasian population is expected to fall 6.3 percent; from 61.8 percent to 55.5 percent. Hispanics are an educated group and are very marketing savvy. According to Melgoza, Hispanic millennials have a higher percentage of high school graduates enrolling in college than non-Hispanic whites and that they are more likely than other ethnicities to start and grow their own businesses. Clearly, they are embracing the American dream and are seizing the entrepreneurial spirit. As household income rises, it is anticipated that there will be important changes in this demographic.

Millennial spending in the consumer product group area now accounts for more than $250 billion annually. Havi Goffan, writing for Hispanic-marketing.com , tells us that the millennial Hispanic accounts for about 20 percent of that group and it is a growing segment. It would be a serious mistake for product development teams and marketing departments to ignore how Hispanic millennials are influencing food consumption, food preparation and food flavors. Daniells writes that Hispanic millennials want authentic flavors and fresher foods, and we can see these factors influencing the way all of us eat and drink.

Consumer Insights
The influence of the Hispanic millennial is so much a part of the American landscape that we may have overlooked the subtle, but impactful changes that have occurred. Certainly, Hispanic millennials get their information about food in the same way as do millennials of every other ethnicity, but with their own unique twist. Hispanic millennials are strongly plugged into the digital world through YouTube, Pinterest, Facebook and Twitter,
along with highly popular sources such Viva Fashion Blog, New Latina, Being Latina and Remezcla. Havi Goffan tells us that 60 percent of Hispanic millennials are online. While that may not be surprising, it is astonishing that they are 211percent more likely to download information than the general population.

Content sources like the New York City-based Remezcla have trendy and sophisticated sections devoted to the food scene, focusing on new cuisines, celebrity chefs and new restaurants. Specialty magazines are still strong among millennials - from traditional print publications such as
Cosmopolitan and Glamour to magazines with a more Hispanic approach, such as Latina. As evident in magazines, websites, electronic and social media, it is clear that the mainstream perception of “Hispanic equals Mexican” is incorrect. Hispanic cultures have numerous ingredient and flavor influences. In nearly every major and mid-sized city in America we might find restaurants celebrating the foods of Cuba, Argentina, Colombia, Peru and many other Hispanic cultures.

Many Hispanic ingredients, flavors and dishes have crossed over into the mainstream and other ethnic groups. For example, quick and easy meals such as empanadas, tacos and the ubiquitous tortilla are now also taking on the flavors of Thai and Indian cuisine. Energy drinks containing traditional Hispanic herbal stimulants seem to be everywhere. And we see the Hispanic influence in Café Bustelo coffees, Jarritos Mexican-flavored syrups and desserts such as Flan and Tres Leche cakes – and let’s not forget the cupcake explosion! When we think of the well established mainstream presence of what were once crossover Hispanic ingredients like cilantro, mango and papaya, we need to note that they are now equally popular in Asian cuisine.

Quinoa is a great example of a traditional Hispanic food that has exploded on the food scene, courtesy of millennials. Long a part of Andean culture, you now see quinoa in salads, as a pasta ingredient and as a side-dish in major restaurant chains, natural foods supermarkets and gourmet food stores. In addition,Hispanic millennials continue to influence Starbucks with its Dulce de Leche; Chipotle; and Trader Joe’s, as well as new quick-serve chains such as Shake Shack and 5 Guys Burgers and Fries. These chains are in contrast to what America embraced for many years as “fast food,” where everything came out on a tray in cookie-cutter fashion. Hispanics want foods that are authentic and real and that can be customized. They want choices!

They prefer to see their food being made, rather than being processed. There is a direct connection to the authentic flavors and hand-crafted dishes of a chain such as Chipotle or Qdoba and the food trucks that traditionally roll up to work sites and town squares, arriving from their origin on the streets of Mexico, Central and South America to cities all across America. In terms of the desire for authentic and real tastes, it should be considered mthat the Hispanic millennial comes out of a household tradition where the Latina, the female head of the household, is quite insistent on the quality and freshness of foods that she feeds to her family. As teens grow to adulthood, and move out into the world, they bring these traditions with them.

Check back soon for Part 2 of this article!

Sweet Talk Good Libations Beyond the Plate
❤12
back