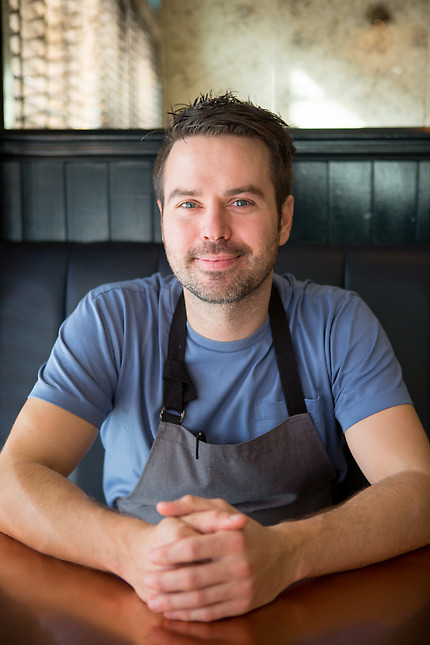 Born and raised in Northern California, Ne Timeas Restaurant Group Partner and Executive Chef Ryan Pollnow never imagined working in a country club kitchen as a teenager would lay the groundwork for his career path. But, after falling in love with the lifestyle and natural camaraderie of cooks, he headed to Santa Rosa Junior College’s School of Culinary Arts to study the craft. He continued his education post-graduation in the Basque region of Spain where he worked at the restaurant Mugaritz. It was there that his deep love for the rustic, convivial vibe of Northern Spain’s tapas culture developed. It’s also where his dream to own his own Spanish-style restaurant took root.

Upon returning to the U.S., Chef Ryan moved to San Francisco, working as sous chef under Randy Lewis at the former Mecca restaurant. He later went to Sonoma, accepting a position at Jackson Family Winery where he discovered his love for agriculture and the joy of having a four-acre organic farm at his fingertips.

Four years later, he returned to San Francisco to work for Lauren Kiino at Il Cane Rosso group as a sous chef. With a desire to explore other cuisines around the globe, he went abroad again, this time embarking on a food tour of Northern Italy, a trip which furthered his commitment to local foods, seasonality and simplicity in cooking.

Heading back to the States, Chef Pollnow joined the flour + water team as chef de cuisine. A few years later took over central kitchen in 2013, again as chef de cuisine. Here he earned recognition from Zagat as a “30 Under 30” up-and-comer on the Bay Area food scene.

In April 2015, Chef Pollnow’s dream of melding Spain with San Francisco became a reality with Aatxe, pronounced ahh-CHAY. The word represents a bull in Basque mythology and pays homage to the place where his inspiration was born.

Symrise sat down with the 2016 StarChef’s Rising Star to get his take on ingredients, kitchen trends, and his San Francisco crush.

Symrise: Why do you love the Basque region so much?

Chef Pollnow: I moved to the Basque region of Spain when I first started taking cooking as a life-long pursuit seriously. For that reason it will always hold a special place in my heart. The thing that I really love about the region is how the food is always ingredient focused and pays homage to tradition, without silencing the chefs take on those traditions.

Symrise: Tell me some of your favorite ingredients to work with and why.

Chef Pollnow: Preserved lemon: It lifts dishes and has more character then other forms of acidity or brightness. Another favorite is fish sauce. I know it's not traditional Spanish, but it just adds so much depth and umami to dishes. And always, Jamon Iberico de Bellota. It’s the best ham in the world, period. It's always amazing to me that after years and years of curing and aging, you can still taste the diet in which the animal was finished on (acorns). 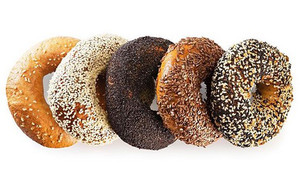 Symrise: Name an ingredient never allowed in your kitchen.

Chef Pollnow: Vacuum sealed cuts of meat from an unknown source. We do 100% in house butchery at Aatxe for multiple reasons. It allows us to have confidence in its source. It forces creativity to utilize it fully. It establishes a respect for the whole animal and disallows "prized cuts.” It's an animal that gave its life for our guests nourishment ... it's all prized. I feel so strongly about this that we don't even bring in other proteins for our family meal. If we're gonna eat pork, it’s going to be from the same Winkler Farm pigs that we serve in the dining room.

Symrise: Do you have a favorite dish on your menu?

Chef Pollnow: Pan con Tomate. For the first two years of Aatxe being open, we were only able to offer this simple garlic-tomato toast in summer (because of the tomato season locally), but now we source local early girl tomatoes from, Dirty Girl Farms, who can their product at the peak of the season. This has allowed us to offer the dish year round, without compromising our commitment to sourcing locally. It also allowed me to start a charitable donation program called Project P.C.T. which gives one dollar of each pan con tomate sold to the ACLU.

Symrise: Explain how you meld the fusion of Northern California with Spain on your menu.

Chef Pollnow: We have a fun dish that's been on the menu since day one, Plancha Fried Rice. It was born out of the desire to offer Valencia-style paella, but not having the kitchen space to properly execute it. What we ended up with is a Chinese-American-style fried rice, using the ingredients and flavors of a traditional paella. The caramelization of the rice on the hot plancha helps create and mimic the bottom crust of a proper paella.

Symrise: What’s the most positive thing in food, wine, or cocktails you've noticed in San Francisco over the past year?

Chef Pollnow: Sourcing from small farms and farmers markets has gone from a "trend" to the assumed way of writing and executing a menu. At any given market, you'll find many chefs, bartenders and pastry chefs pushing their carts through the crowd to get the best of the best produce.

Symrise: Who's your San Francisco crush? Or put another way, who's a chef to watch?

Chef Pollnow: I love the food that Stuart Brioza and Nicole Krasinski make at State Bird Provisions and The Progress. It always takes inspiration from the many food cultures that make up San Francisco without feeling gimmicky or fusion-y. And it's super delicious.

Symrise: What do you like to eat when you're off-duty?

Symrise: Any trends you see going on in the kitchen?

Chef Pollnow: Vegetable dishes accented with proteins, rather than a meat or fish dish with a veg garnish. It's not only a better representation of the amazing produce that surrounds us here in northern California, but it’s also how we should be eating anyway.

Chef Pollnow: Always cook (work) like someone is watching. Push yourself every day and the team surrounding you will follow.

Subscribe to our weekly in-sight newsletter for more food and consumer trends!

Beyond the Plate
❤2
back