By Junior Merino, The Liquid Chef - Pisco is a “brandy” that is produced in the Pisco region of Peru and in the Valle del Rio Elqui in Chile. Pisco made from Peru tends to be produced using Quebranta grapes, but will sometimes be produced from 3 other dry grapes or 4 aromatic grapes from the muscat grape family . The word “pisco” is derived from the Quechua language, which some say means “bird” while others believe that it means “fired clay pots” in which the Quechua stored their chicha or local spirits. Pisco is considered to be the national drink in both Peru and Chile.

The first vineyards in the regions were planted Viceroyalty of Peru in the 16th Century after the Spanish arrived. The fertile land provided for export quality grapes to be produced and that in turn saw the rapid growth of a flourishing wine industry. Grapes that did not meet the high quality standards were either disposed of or given to local farmers. The farmers used the grapes to produce liquor that was reminiscent of Spanish brandy by implementing the techniques used to make brandy in Spain.

In the mid-17th Century Spain banned the import of wine from the Viceroyalty resulting in a nearly ruined colonial wine-making industry. The survivors of this change were the vineyards who produced both wine and pisco and with the large surplus of grapes available, concentration on production of pisco only resulted. The Spanish looked down on pisco as being a lesser spirit and only drank it if they felt like experimenting with something different or if they were poor. They preferred their original liquor, Orujo and said that it had a better flavor than the local aguardiente (fire water), which was their term for pisco. 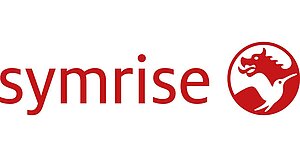 Picso did, however, become a favorite of sailors who traveled from the colonies to Spain. They enjoyed its strong flavor and how quickly it brought on “the desired effect”. Pisco remained a favorite of sailors during the 18th and 19th Centuries as it was inexpensive and readily available. It was also popular for a while in San Francisco, California during the 19th Century Gold Rush where it was introduced by Peruvian and Chilean sailors. The spirit remained popular until the advent of rum, which was milder to the taste and less expensive.

Originally, all of the pisco producing areas were located within Peru and remained that way after South American countries achieved independence from Spain. However, when the War of the Pacific occurred, Peru was defeated and occupied by Chile. The 1883 Treaty of Ancon gave a part of the producing region to Chile. Because of continued revolts by Peruvians living in what had become a part of Chile, the pisco industry was continuously disrupted. It wasn’t until official borders were agreed upon in 1929 that disruptions ceased. Regardless, the industry as a whole suffered from the late 19th Century, almost into the mid-20th Century. In Peru, this was due to efforts to reconstruct the country’s infrastructure, which was a casualty of the War of the Pacific, and in Chile because of the region’s overall instability.

Both countries claim proprietary ownership to the pisco denomination. Peru states that it has such ownership because the spirit originated in that country and only in Peru is the spirit made in the traditional manner, thus only their spirit can be called “Pisco”. Peru states that the Chilean spirit is another type of drink. Both countries have enacted laws to protect their respective products with Chile focusing on internal regulations such as what a “pisco grape” is and also what defines a “pisco bottle”. Peru focuses more on the individual and traditional production and also on the world stage where it has argued for an Origin Denomination. Chile says that the term “pisco” is a common appellation of both Chile and Peru and that both countries have the right to identify their spirits as such. Chile also suggested that both countries work together to market their products internationally and it does not object to Peru’s “pisco” having a recognized appellation as long as Chile’s rights over the term are not disturbed.

Chilean pisco has four denominations: Regular (60 to 70 proof), Special (70 to 80 proof), Reserve (80 to 86 proof) and Great (86 proof and higher). Regular picso has a mild taste with a sweet and woody odor and a slightly yellow hue. Special and Reserve are very sweet, cloudy yellow in color and stronger than Regular. These varieties leave a bourbon-like aftertaste. Great pisco has a noticeable odor, is dark yellow in color and less sweet but contains a strong woody flavor.

Grapes used in the production of Chilean pisco include a number of varieties of the Muscat grape, as well as Torontel and Pedro Jimenez. Juice from the grapes is fermented into wine with and then distilled in copper containers. If the alcohol proof is less than between 55 and 60 proof rectifiers must be added. The spirit is then aged for a few months in wood although better quality pisco can be aged for longer periods in oak barrels. Liquor from various distilleries is mixed together and diluted with water to bring the alcohol proof to the necessary level and then filtered and bottled. The final alcohol content ranges from 60 to 100 proof.

Peruvian pisco has four designations: Pure, Aromatic, Mosto Verde (Green Must) and Acholado. Pure pisco uses a single variety of grape such as the Quebranta, Common Black, Mollar, Uvina or and blending of varieties is not allowed. Pure pisco is somewhat stronger than vodka in flavor and has a reed-like fragrance and a smooth flavor. Aromatic uses Muscatel, Albilla, Torontel or Italia with only one variety allowed in a batch. Aromatic production in Peru has virtually ceased as Peruvian specifications say that some Chilean pisco could be considered aromatic. Mosto Verde (Green Must) has a very strong grape taste and is usually found in high-income areas. It is distilled from partially fermented must and has to undergo distillation before sugars are completely turned into alcohol. Acholado is blended from several grape varieties, is sweet and known for its almost immediate kick, which many prefer. It is often used in making mixed drinks such as Pisco Sour. 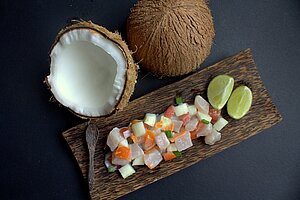 Fermentation can take place by using either partial or complete maceration of the grape while controlling temperature and decomposition. Distillation of the fermented spirit takes place in either copper or stainless steel containers until the desired proof is reached. Nothing that would alter the proof, fragrance, flavor or color may be added. Aging is done in stainless steel, glass or other containers for at least three months. Containers used must not alter any of the spirit’s properties. Bottling takes place directly after the aging process is complete and nothing that would change the odor, flavor or appearance of the product may be added. The final alcohol content ranges from 76 to 96 proof.

Check out past Monthly Mixology's with Junior below:

A Lesson on Mezcal

The Art of Tequila

Ancient Mexican Drinks of the Gods

Keep an eye out in August for the next Monthly Mixology with our expert Junior Merino!