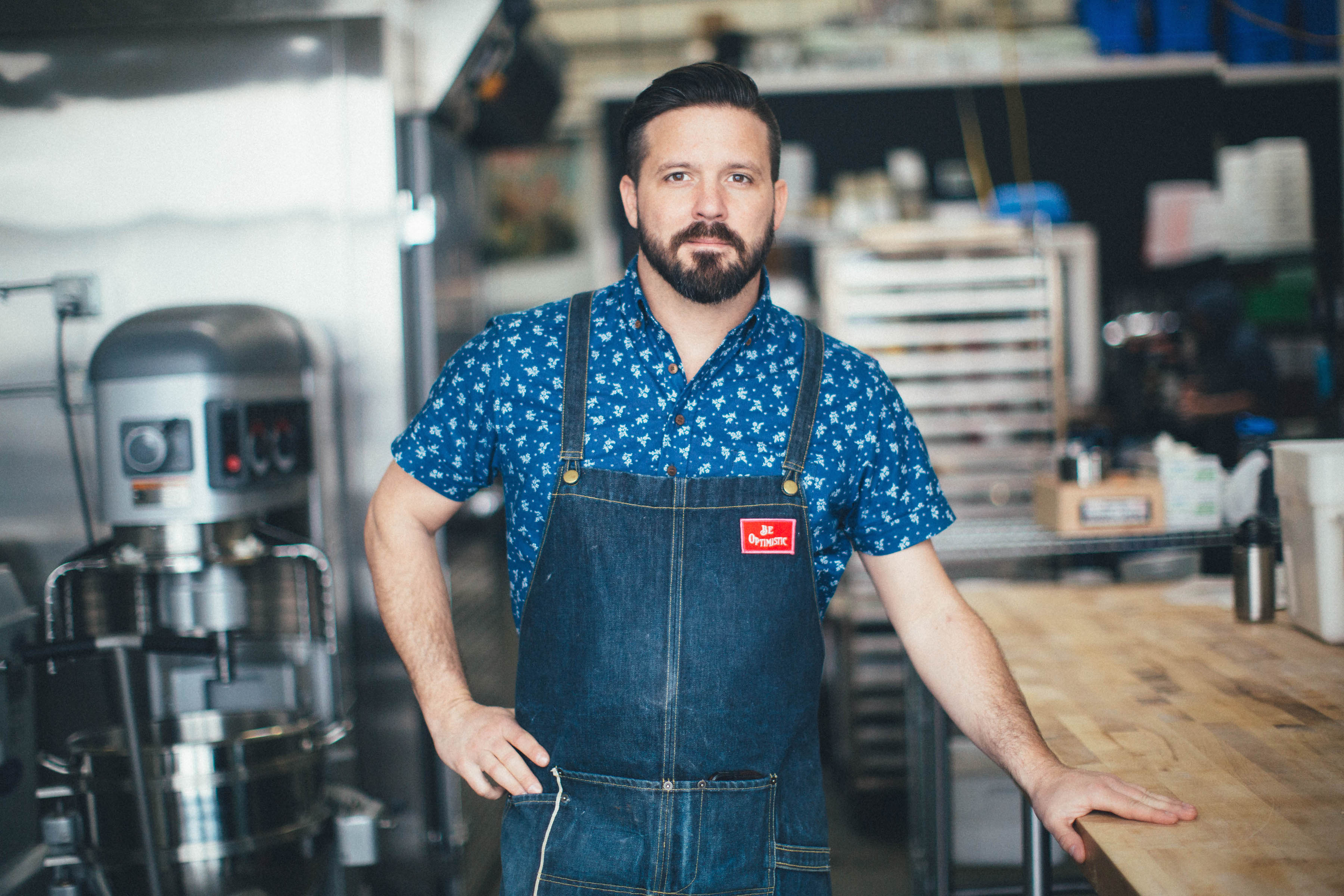 Pastry Innovation with William Werner of Craftsman and Wolves

There’s pure beauty in the creations spun out by Chef William Werner of San Francisco’s Craftsman and Wolves (CAW). A 2015 and 2016 finalist for the James Beard Outstanding Baker award, CAW offers an ever changing menu of breakfast pastries, cakes, breads, confections, confitures, desserts, and lunch with Werner, a self-trained chef, at the helm.

And to think it all started from surfing.

The Florida native was working as a lifeguard and in emergency medicine when some elder lifeguards showed him the basics of cooking. He enjoyed both the cooking and camaraderie so much that he began working part-time in restaurants.

Working under a chef in Florida who had spent time in the kitchens of Chez Panisse and Jeremiah Tower’s Stars helped set Werner on his path to pastry. He’d eventually apprentice under some of San Francisco’s top chefs, including Daniel Patterson and Alice Waters. He also worked for The Ritz Carlton Hotels as well as San Francisco’s Quince.

It was soon after opening the pop-up concept Tell Tale Preserve Company in 2011 where he sold an array of pastries at farmers markets and coffee shops that he realized he could turn his craft into something bigger. Craftsman and Wolves — the name is a nod to the craftsman and the numerous challenges that one faces when pursuing their craft — opened in summer 2012 in San Francisco’s Mission district, and soon garnered widespread praise. Along with his James Beard Foundation nods, he earned a 2013 StarChefs Rising Stars Award. And he’s since opened two other CAW locations, all of which attract patrons in droves, especially for what has become his signature dish: The Rebel Within — a savory muffin filled with Boccalone sausage, scallion, Asiago cheese and, in the center, a perfectly oozy soft boiled farm egg.

Inspiration for such a creation as well as other pastries comes from working in chef-driven kitchens like French Laundry and Chez Panisse and applying that same philosophy to his contemporary patisserie. “Those restaurants were built around the chef and their experiences,” he says, “And that’s the way I approach Craftsman and Wolves. It’s working with a team, and pulling in inspiration from everyone in the kitchen, so when you walk into a shop, you see a reflection of those chef experiences.”

“We pull our influences from a lot of different places,” he says. “We’re up for using Asian ingredients and mixing them with what’s local to what may be classic French.”

In other words, expect him to push the envelope, while at the same time adhering to the wisdom of the basics, lessons he says he’s learned from mentors such as Chef Philippe Givre and Stephane Cheramy.

Other chefs he admires and where he enjoys eating out when he’s “off duty” include Rich Table, Al’s Place, and the Liholiho Yacht Club.

Seasonality is the number one driver behind CAW’s offerings and Chef Werner admits he’s always looking to the market for guidance, searching for interesting tastes, textures and visuals.

Spring, for him, means the return of strawberries and local greens. And then figuring out ways to use those flavors in other ways. Dehydrated strawberries, for example, are on his mind with plans for powdering and tempering them with white chocolate or rose. “It would be really easy in confectionary to use a strawberry flavor additive, but if you can get the real nuance of strawberry and push that flavor in another way, that’s so much better.”

One ingredient you may find him returning to is coconut. “I love coconut, in all forms and am a big fan of smoked soy and white soy,” he says.

He also likes sesame, especially in its different forms such as sesame flour, sesame paste, and sesame seeds — which toasted or untoasted work great with pastry. “A lot of pastry is centered on nut paste – almond and pistachio – so how great is it to use sesame paste instead?” he says. “It’s a really interesting flavor – it has nuttiness but it also has something else about it.”

Presentation is another big part of the CAW experience. Chef Werner says if he weren’t a chef he’d probably be a photographer as he’s very drawn to aesthetics. And indeed, read a review: Many have compared his cakes and pastries to art. Even the CAW spaces are known for their gorgeousness.

As for the story behind Rebel Within: he says it evolved after being with a friend in France and seeing a savory cake filled with all the scraps of saucisson at a random butcher shop they visited. “The words ‘savory cake’ stuck with me,” he says and so I tried to recreate that once back home. He then went through a bunch of iterations, trying it first as a loaf cake and making it very seasonal and farm driven with lots of veggies. But the only ones buying it were European guys. So, he started whittling it down to more of a traditional breakfast dish and making it singular – like a muffin that you can grab and go. “Once we put it into a more mobile item, with a soft boiled egg that oozes when you cut it, it took off,” he says. “I don’t think the American consumer could wrap their heads around it before.”

Which is why he’s all about the evolution and the process and often, the conversation, so guests understand what things are and take a chance on, say a Thai scone or a kimchi financier or a savory Rebel Within.

“Cooking is a lot like painting,” he says. “The more tools you have at your disposal in terms of your colors, your paint, your palette, the better off you are. At CAW, we’re constantly trying to learn and better ourselves and be more efficient.”

[Webinar] Inspiring Vanilla: Bringing You Closest to the Source