Symrise took part in the Expo portion of the conference once again in 2015. This year was the debut of our “Symrise Flavor Truck” under the name “Snack Fusion”, which took the place of a normal booth at the expo. The Snack Fusion Truck featured different snacks inspired by street food and food trucks as well as other initiatives including Sabor in America (Symrise’s continued Latino initiative), Men’s Snacking, and Spice Exploration (Southeast Asia).

CLICK HERE to see our PHOTO RECAP of SNAXPO 2015!

From 2010 to 2014, the popularity of street food and food trucks has expanded to nontraditional markets, growing from zero to 29 and from 6 to 56 food trucks in St. Louis and Boston respectively. It’s millennials, who number 80 million in the U.S. who are principally driving this wide acceptance as they take advantage of a convenient way to discover new taste experiences and explore unfamiliar cultures by sampling and returning to food and flavors that soon become some of their favorite on-the-go choices. Symrise has tapped into the millennial desire for fresh, convenient, authentic and affordable food options, as evident in the snack items that we highlighted.

The three days were filled with lots of good conversations, sampling, Symrise giveaways, and educating visitors on in-sight.symrise.com.

Aside from the Expo, Snaxpo also featured many insightful education sessions including a keynote speech from Bob Woodward of the Washington Post, one of the key reporters from the Watergate Scandal. Other education sessions featured Phil Lembert of “The Supermarket Guru” and Jared Koerten, senior Analyst at Euromonitor, who gave the State of the Industry Report. Both Mr. Lembert and Mr. Koerten made it clear that millennials are having a huge impact on the snack industry. 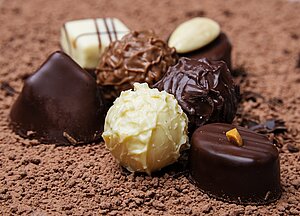 Millennials (ages 18-34) currently have massive purchasing power and are on their way to passing Baby Boomers. Jared Koerten mentioned that high debt, low-paying jobs and other factors are preventing millennials from making large purchases like cars and houses, however the money that they do have is being spent on food and food experiences. There is also a push for more portable food and snacks as meal replacements for millennials, offering a huge opportunity for snack makers.

FoodBusinessNews.Net’s report from Snaxpo mentioned that “Millennials’ diversity has also influenced their snacking tastes. Being the most ethnically diverse generation and growing up in an increasingly popular global society, these young people are looking for interesting flavor combinations. No longer are they satisfied with simple pepper, these shoppers look for jalapeno, chipotle, and habanero.”

Phil Lembert mentioned in his talk that snack makers should keep an eye on craft beer as an example of how to succeed in the rest of the food industry. He mentioned that, like craft beer, consumers are looking for something special, artisanal, high-quality and great tasting that actually stands for something.

Symrise had a great Snaxpo 2015 and we’re looking forward to another great year at Snaxpo 2016 in Houston, TX.

Beyond the Plate Events
❤10
back