Say hello to salt. And pork. And grits. In the world of Southern cooking, these items have always been a staple and chefs aren’t shying away from showing their Antebellum pride.

Also getting a huge thumbs-up with long lines to her booth: Nicole Rucker of Gjelina Take Away in Los Angeles with her pork and peas pie with apple fennel slaw. Just as busy: Kevin Sbraga of Fat Ham in Philadelphia, Pa. with chicken liver mousse, roasted corn, pickled beets and toast.

Brian Dunsmoor of Hatchet Hall in Los Angeles showed off his Southern style with Nantucket bay scallop, grits, bacon, mushrooms and sherry. Grits, he said, are among his favorite thing to make – and eat -- and if he could, he’d source his own Southern grains and mill them himself. He also said Southern cooking is about as “old” and “traditional” as you can get, which to him, makes it honest and pure. It evokes “family.”

“People want approachable food with a more casual feel,” adds Phalen who says he enjoys cooking what he loves with ingredients he knows best. Which doesn’t mean they can’t be elevated for today’s more sophisticated palates. People like a “spin” on the foods they grew up with, says Alley, who admits his cooking roots are planted where he grew up in Virginia. “For me, cooking starts with a sense of place and a high regard for ingredient integrity,” he said. 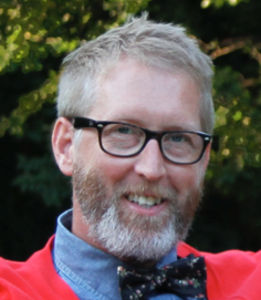 Ryan Farr of San Francisco’s 4505 Meats and 4505 Burgers & BBQ echoed the importance of ingredient integrity. “In Texas,” Farr said, “it’s all about the meat.”  It was a definite moment in time as Farr, a Midwesterner, working as a chef in California, stood on a patio in Brooklyn demonstrating to a global audience how to barbeque.

Sweet Talk Beyond the Plate
❤0
back