Starchefs.com International Chefs Congress 2014 - The Power of Authenticity in the Kitchen

Last week, some members of the Symrise team attended the 9th Annual Starchefs.com International Chefs Congress at the Brooklyn Expo Center in Greenpoint. This is the first post in a Symrise series that will cover the event from every angle including trends,chefs, dishes, and flavors.

Being true to your ingredients, your style, and your history was the theme of the 9th Annual StarChefs International Chefs Congress (http://www.starchefs.com/cook/events/icc/2014). The event was held at the Brooklyn Expo Center from October 26 to 28 and drew chefs from all over the globe including Yoshihiro Narisawa from Tokyo’s Narisawa, Joan Roca of El Celler de Can Roca in Girona, Spain, and Lima, Peru’s Jaime Pesaque of Mayta, among others. State-side, the Iron Chef Masaharu Morimoto of Japonais in Chicago, Jamie Bissonnette of Boston’s Toro, and Noah Bernamoff of New York’s Black Seed Bagel and author of The Mile End Cookbook– all echoed the spirit of the convention: authenticity.

Check out our series from last year's Starchefs.com ICC HERE

Many chefs used the word “honest” to convey their attraction to local, pure ingredients. Dan Barber, co-owner and executive chef of New York’s Blue Hill and Blue Hill at Stone Barns, referred to “cooking the whole farm,” while Paul Liebrandt of Brooklyn’s The Elm summed it up as, “emotion, feeling, respect for the past, acknowledgement of the present, vision for the future.” Gunnar Gíslason of Iceland’s Dill, has focused exclusively on Icelandic ingredients like dry fish. He has relied on pickling, fermenting and salting seasonal vegetables and berries due to the short summer season.

Mexican innovator Enrique Olvera, who recently opened Cosme in New York’s Flatiron District, defined it as “cooking at your best, motivated by a genuine desire to give diners a special experience. It also means cooking without seeking anything other than your own story.”
Telling a story through food was a common refrain. Marcus Samuelsson of Red Rooster in New York discussed taking customers on a different type of journey though food and ingredients while Red Bank, New Jersey’s Marita Lynn of Runa Restaurant talked about using staples to help flavors shine (as a Peruvian chef, she particularly likes cumin, quinoas, aji chili peppers and various varietals of potatoes). Ryan McCaskey of Acadia in Chicago added his menu is a homage to the 14 summers he spent in Maine as a child, and said “there is a story that we’re telling.” 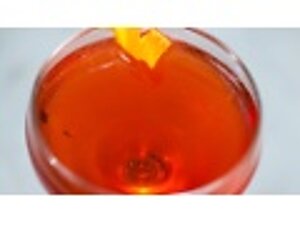 Brad Smoliak of Kitchen by Brad in Edmonton, Canada agrees the time is over for “trends.” “We’ve all experienced molecular gastronomy; now’s the time to get back to basics and create food that feeds the soul,” he says. To that end, he spoke about the importance of an “honest plate” using the Edmonton carrot as an example. One farm he knows of uses Nantes coreless carrots and stores them right at freezing, so they stay fresh and sweet. “They may not be as manicured-looking, but they taste so much better,” he says. It’s that perception of palate that makes a difference.

And yes, the soil makes a difference. Dirt was mentioned more than once during the conference, starting with Soil Soup, an ode to the terrain of Japan presented by Chef Narisawa. How food is grown and how that affects flavor was also part of Diego Muñoz’s of Astrid y Gastón in Lima’s presentation. He brought dirt all the way from Peru to showcase his huatia earthen oven potato preparation, which includes chaco, edible clay. 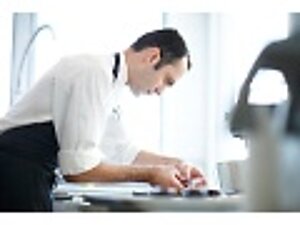 Dirt extends to the wine list, at least in Nashville, where Husk’s Sommelier Kenny Lyons divides his wine list by soil type instead of varietal or region.

Indeed, what used to be stuff to wash away has become the most honest expression of all.

Keep an eye out in the coming weeks for more posts in our 2014 Starchefs.com ICC Symrise Series.

Coming up next, Top Trends for 2015 from the Starchefs.com International Chefs Congress.

Good Libations Beyond the Plate
❤1
back